Hash table (Hash table, also known as Hash table) is accessed directly according to the key value data structure . That is, it accesses records by mapping key values to a location in the table to speed up the search. This mapping function is called Hash function , storage of records array be called Hash table.

Given table M, there is a function f(key). For any given keyword value key, after substituting into the function, if the address recorded in the table containing the keyword can be obtained, table M is called Hash table, and function f(key) is Hash function------ From Baidu.

There are many places in life where Hassi watches are used, such as:

Although English teachers do not recommend this, because the Chinese data found in the electronic dictionary is too limited, while the traditional paper dictionary can find a variety of meanings, parts of speech, example sentences and so on. But personally, I prefer this way

In our program world, we often need to store such a "dictionary" in memory to facilitate our efficient query and statistics.

For example, developing a student management system requires the function of quickly finding out the name of the corresponding student by entering the student number. There is no need to query the database every time, but a cache table can be established in memory, which can improve the query efficiency. 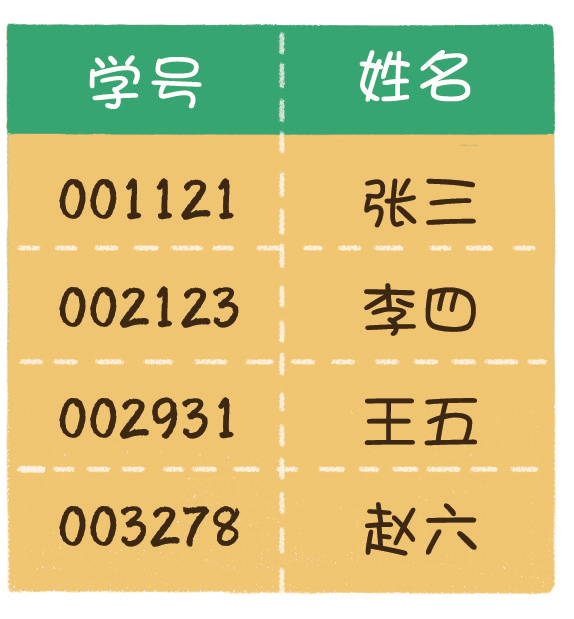 For another example, if we need to count the frequency of some words in an English book, we need to traverse the contents of the whole book and record the times of these words in memory. 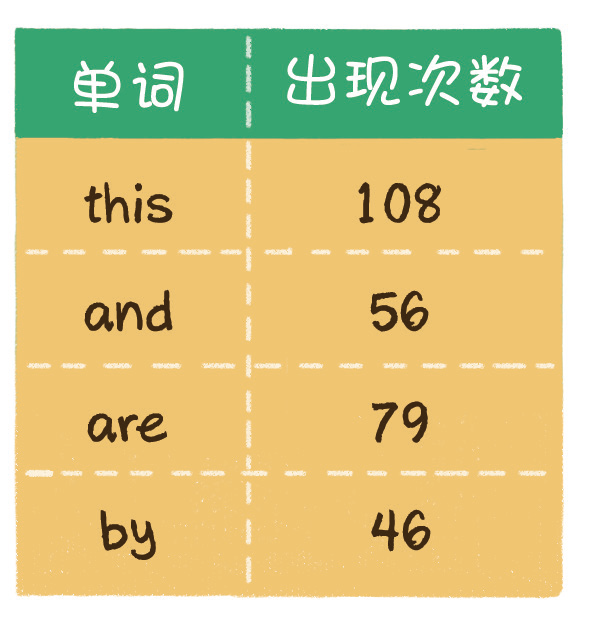 The process of inserting and searching elements into Hassy table is as follows:

Direct customization method: take a linear function of the keyword as the Hash address: Hash (Key) = A*Key + B

2. Disadvantages: you need to know the distribution of keywords in advance and only use those with a relatively small range

4. Not applicable scenario: when the data distribution is relatively scattered, such as 1199847348, 90 and 5, this method is not suitable

Divide and leave remainder method: set the number of addresses allowed in the hash table as m, take a prime number p not greater than m but closest to or equal to m as the divisor, and convert the key code into hash address according to the hash function: hash (key) = key% p (p < = m)

Disadvantages: there is Hassi conflict, which needs to be solved. When there are many Hassi conflicts, the efficiency decreases very severely.

hash(key)=key*key, and then take the middle digits of the function return value as the Hassy address

The square median method is more suitable: do not know the distribution of keywords, and the number of digits is not very large

The folding method is to divide the keyword from left to right into several parts with equal digits (the digits of the last part can be shorter), then overlay and sum these parts, and take the last few digits as the hash address according to the length of the hash table. The folding method is suitable for the situation that there is no need to know the distribution of keywords in advance and there are many keywords

There are n d digits, and each bit may have r different symbols. The frequency of these r different symbols may not be the same in each bit. They may be evenly distributed in some bits, and the opportunities of each symbol are equal. They are unevenly distributed in some bits, and only some symbols often appear. According to the size of the hash table, we can select several bits in which various symbols are evenly distributed as the hash address. Assuming that the employee registration form of a company is to be stored, if the mobile phone number is used as the keyword, it is very likely that the first seven bits are the same, then we can select the last four bits as the hash address. If such extraction is still prone to conflict, The extracted numbers can also be reversed (for example, 1234 is changed to 4321), the right ring displacement (for example, 1234 is changed to 4123), the left ring displacement, and the superposition of the first two numbers and the last two numbers (for example, 1234 is changed to 12 + 34 = 46).
Digital analysis method is usually suitable for dealing with the situation of large number of keywords, if the distribution of keywords is known in advance and several bits of keywords are evenly distributed

The principle of the open addressing method is very simple. When a Key obtains the corresponding array index through the hash function and has been occupied, we can "find another job" to find the next neutral position.

Taking the above situation as an example, Entry6 obtains the subscript 2 through the hash function. If the subscript already has other elements in the array, move it back by 1 bit to see if the position of the array subscript 3 is empty.

We can find that the more data in Hassi table, the more serious Hassi conflict. In addition, the hash table is implemented based on array, so the hash table also involves the problem of capacity expansion

When the hash is expressed to a certain saturation after multiple element insertion, the probability of Key mapping position conflict will gradually increase. In this way, a large number of elements are crowded in the same array subscript position to form a long linked list, which has a great impact on the performance of subsequent insertion and query operations. At this time, the hash table needs to expand its length, that is, expand its capacity.

Under what circumstances can the hash table be expanded? How to expand capacity? Here, the load factor of hash table is defined as: α = Fill in the number of elements in the table / the length of the hash table α It is a marker factor of hash table fullness. Since the meter length is a fixed value, α It is directly proportional to the "number of elements filled in the table", so, α The larger the, the more elements filled in the table, the greater the possibility of conflict; conversely, α The smaller the, the fewer elements marked in the table, and the less likely there is to be a conflict. In fact, the average lookup length of hash table is a function of load factor o, but different conflict handling methods have different functions.
For the open addressing method, the load factor is a particularly important factor and should be strictly limited to less than 0.7-0.8. If it exceeds 0.8, the CPU cache miss during table lookup increases according to the exponential curve. Therefore, some hash libraries using open addressing method, such as Java system libraries, limit the load factor to 0.75. If it exceeds this value, it will resize the hash table.

The defect of linear detection is that conflicting data are stacked together, which has something to do with finding the next empty position, because the way to find the empty position is to find it one by one next to each other. Therefore, in order to avoid this problem, the method of finding the next empty position for secondary detection is: H, = (Ho + I2)% m, or h, = (Ho - I2)% M. Where: i=1,2,3, H is the position obtained by calculating the key of the element through the hash function Hash(x), and M is the size of the table. If 44 is to be inserted in 2.1, there is a conflict. The situation after use is solved as follows:

The research shows that when the length of the table is a prime number and the table loading factor A does not exceed 0.5, the new table entry can be inserted, and any position will not be explored twice. Therefore, as long as there are half empty positions in the table, there will be no problem of full table. When searching, you can not consider the situation that the table is full, but when inserting, you must ensure that the loading factor a of the table does not exceed 0.5. If it exceeds, you must consider increasing the capacity.

Here we explain how to find the hash table:

Find the corresponding value of # Entry # with # Key # 002936 # in the hash table. What exactly should I do? Let's take the linked list method as an example.

1. Open hash concept
The open hash method, also known as the chain address method (zipper method), first uses the hash function to calculate the hash address of the key code set. The key codes with the same address belong to the same subset. Each subset is called a bucket. The elements in each bucket are linked through a single linked list, and the head nodes of each linked list are stored in the hash table. The zipper method is different from the open addressing method. Each element of the array in the zipper method is not only an Entry object, but also the head node of a linked list. Each Entry object points to its next Entry node through the next pointer. When the new Entry is mapped to the array position that conflicts with it, you only need to insert it into the corresponding linked list.

Let's look at how to find in zipper method:

Find the value corresponding to the Entry with Key 002936 in the hash table. What exactly should I do? Let's take the linked list method as an example. Step 1: convert Key into array subscript 2 through hash function. Step 2: find the element corresponding to array subscript 2. If the Key of this element is 002936, it will be found; It doesn't matter if the Key is not 002936. Since each element of the array corresponds to a linked list, we can slowly look down the linked list to see if we can find the node matching the Key.

Of course, hashing also needs to be expanded:

The steps of capacity expansion are as follows:

1. Expand the capacity and create a new empty Entry array, which is twice the length of the original array.
2. Re Hash, traverse the original Entry array, and re Hash all entries into the new array. Why re Hash? Because after the length is expanded, the rules of Hash also change. After capacity expansion, the originally crowded Hash table becomes sparse again, and the original entries are distributed as evenly as possible.

In the zipper method, if a chain conflicts very badly, you can choose to hang a red and black tree at the corresponding position.