How is thread reuse in a Java thread pool implemented?

A few days ago, a group member of the technical group asked a question about the thread pool, as shown in the figure:

So let's talk about this. In a thread pool, threads read tasks from workQueue to execute. The smallest unit of execution is Worker, which implements the Runnable interface and overrides the run method.The method is to let each thread execute a loop in which the code determines if there is a task to execute and if so, executes it directly, so the number of threads does not increase.

The following is the overall flowchart of the thread pool creation thread: 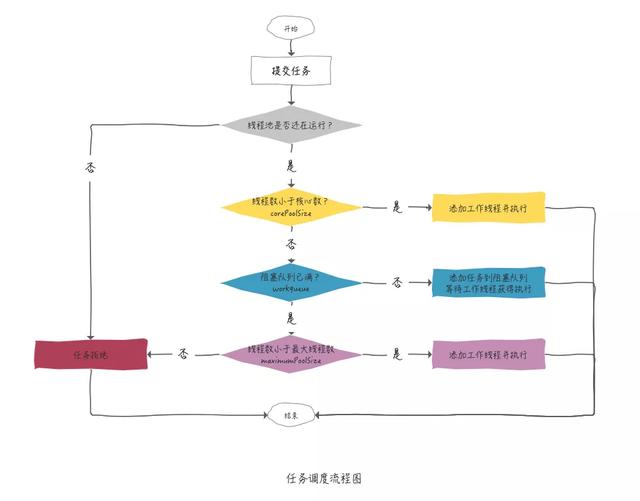 Now that we have a general understanding of this process, let's see how the source code is implemented.

Task submission for thread pools is defined by the AbstractExecutorService abstract class from the submit method, which does two main things:

The execute method is the method in ThreadPoolExecutor with the following source code:

You can see that the core method in the execute method is addWorker, and before you go to the addWorker method, look at the initialization method of Worker:

The current Worker is included as the constructor of the thread when the Worker is initialized, and the following code can be found from the addWorker method:

This code is successful in adding the worker, calling the start method to start the thread, Thread = w.thread; W is a reference to the worker, then t.start(); in fact, it executes the run method of the worker.

The runWorker method is called in Worker's run method, and the simplified runWorker source code is as follows: 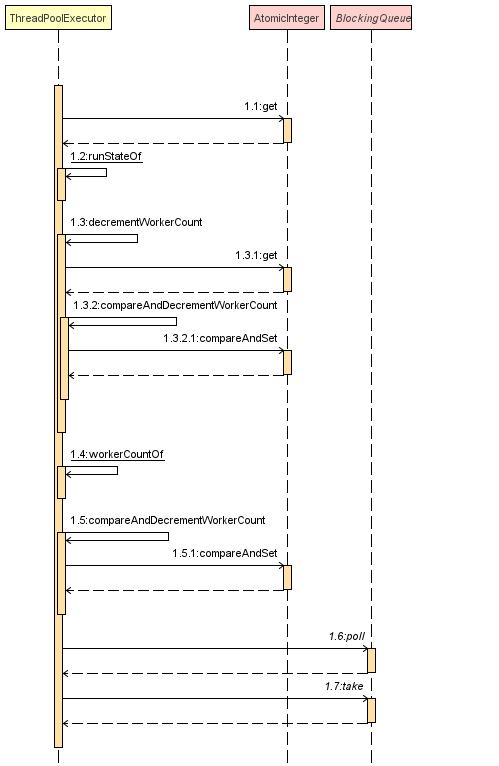 The key to thread reuse is the 1.6 and 1.7 parts, which are source codes as follows:

Thread pool thread reuse implements thread reuse by taking Worker's firstTask or getTask method to fetch tasks from workQueue and directly calling Runnable's run method to execute tasks, which ensures that each thread always retrieves tasks repeatedly in a loop and then executes them.

This article mainly explains how thread reuse is implemented in the Java thread pool from the source code point of view.Welcome to leave a message for discussion.