How to implement thread safety in Java under multithreading environment

This blog will summarize Java multithreading according to the existing knowledge. The following blog is only a summary of your personal learning process. It's a great honor to be helpful to all bloggers.
This blog will briefly introduce the concept of thread safety and several methods of practicing thread safety, focusing on several common locking operations, which will be supplemented and modified later with further learning.

As mentioned earlier, the introduction of multithreading greatly improves the efficiency of task execution, but on the other hand, it also introduces some risks while improving the efficiency
For example, the following scenario 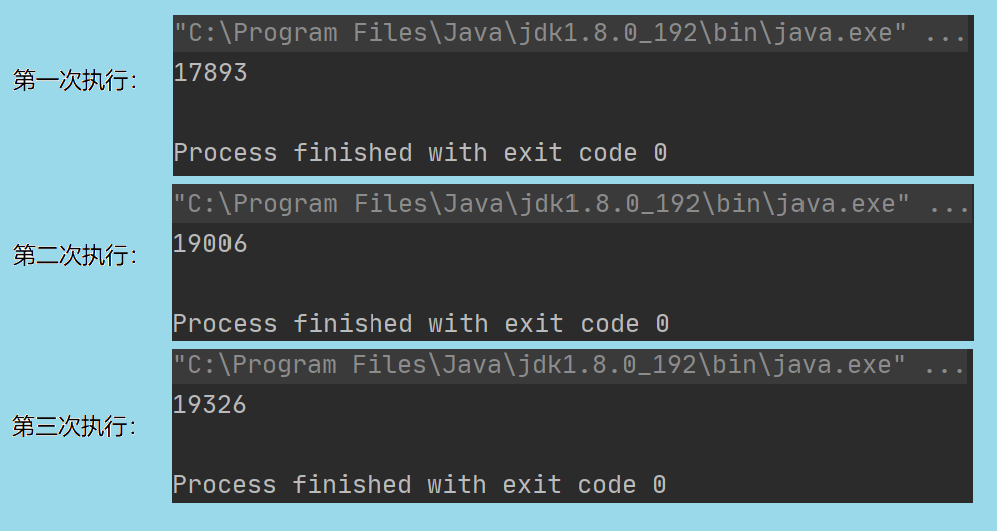 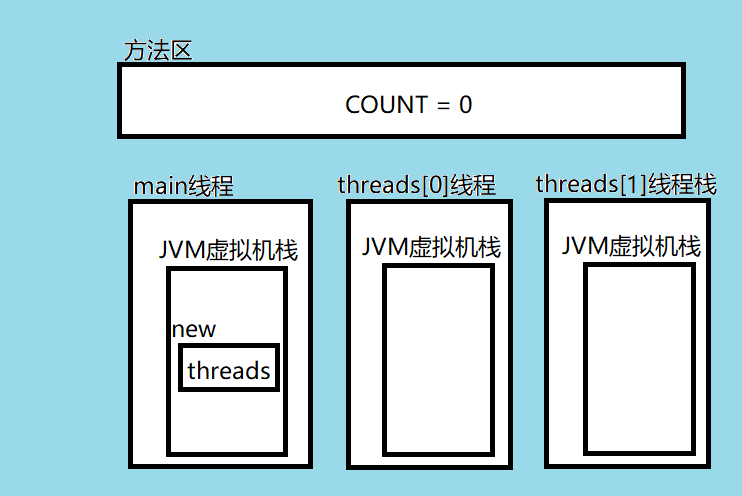 When the thread thread starts executing COUNT + + of the run method, it will be disassembled into three steps 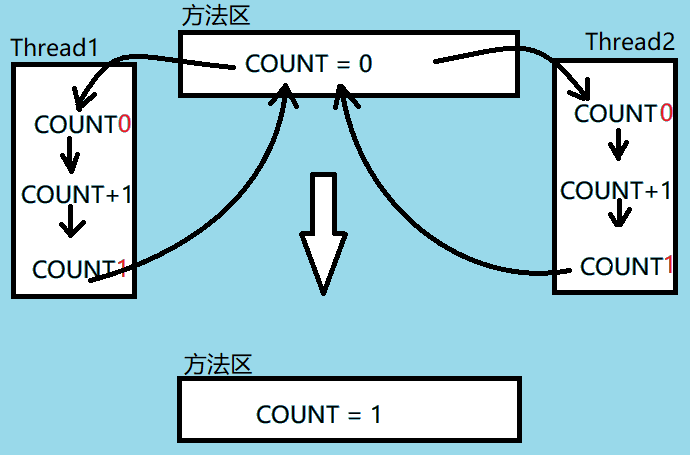 The root cause of thread safety: multiple threads modify and rewrite the same section of memory, so that the modified content cannot be really modified

Reasons why multithreading is unsafe

In Java, the synchronized keyword is used to control synchronized threads. In a multithreaded environment, synchronized modified code blocks, classes, methods and variables cannot be executed by threads at the same time,

In the singleton mode, the volatile keyword modification of instance is also very important to prevent the reordering of the initialization step and the method of introducing the assignment step in the new Singleton()

When decompilating the synchronized modified code block into bytecode, the word monitor is added before and after the code block. The front is monitorener, and the back is monitorexit. The two flags respectively mark the acquisition and release of locks

If there is only one monitor flag to obtain the object lock, the object lock still cannot be released normally after exiting the program under abnormal circumstances, which will lead to deadlock. Therefore, set the next monitor flag. No matter how the program exits, it will eventually execute monitorexit and release the lock here

Reentry lock is to enable the same thread to repeatedly acquire an object lock. The bottom layer is based on a counter, which is + 1 for each acquisition and - 1 for each release

In the actual scenario, many synchronized locked objects are executed and used quickly. At this time, if all other threads are set to blocking state, it will involve the switching between user state and kernel state, which is very time-consuming. Therefore, the spin operation is introduced to make the threads that do not preempt the lock cycle and constantly try to obtain the lock, which improves the efficiency.

The principle of synchronized lock upgrading the underlying layer

There is a threadid field in the object header of the lock object. When accessing for the first time, the threadid is empty. The JVM makes it hold the bias lock and sets the threadid as its thread id. when entering again, it will first judge whether the threadid is consistent with its thread id. if it is consistent, the object will be used directly. If it is inconsistent, it will be upgraded to a lightweight lock; Obtain the lock by spinning a few times. If the lock is not obtained after a period of execution, the lock will be upgraded to a heavyweight lock.

When multiple threads perform CAS operations on a resource at the same time, only one thread will return true successfully, and other threads will wait. Optimistic locking is a typical implementation of CAS

What are the problems with CAS?

1.ABA problem
The ABA problem is that the value in V changes from a to B and from B to A. from the perspective of CAS, the thread is not occupied during this period of time
Solution: introduce version number (e.g. carry a timestamp)
2. The spin overhead is always too large
When too many threads preempt the same lock, the probability of CAS spin will be large, thus wasting a lot of CPU resources. At this time, the efficiency will be lower than that of synchronized
3. Only atomic operation of one shared variable can be guaranteed
When operating on only one shared variable, CAS can be used to ensure atomicity, but when operating on multiple shared variables, CAS is not applicable. At this time, it needs to be locked.

The method provided in the Lock interface is more extensible than the synchronized locking synchronization method and synchronization code block. It allows more flexible structure, can have completely different properties, and can support conditional objects of multiple related classes
Its advantages:

1,void lock()；// Acquire lock
2,void lockInterruptibly；// The process of acquiring locks can respond to interrupts
3,boolean tryLock()；// The non blocking response interrupt can be returned immediately, and the lock obtained returns true, otherwise it is false
4,boolean tryLock(long time,TimeUnit unit);// Timeout to obtain the lock. The lock can be obtained within the timeout or without interruption
5,Condition newCondition(); // Obtain the wait notification component bound to lock. The current thread must obtain the lock before waiting. Waiting will release the lock. Obtaining the lock again can return from waiting

Generally, the form of display lock is as follows:

AQS - Abstract queue synchronizer is a framework used to construct locks and synchronizers. It is suitable for AQS to simply and efficiently construct a large number of synchronizers widely used, such as ReentrantLock and Semaphore. Other synchronizers such as RenntrantReadWriteLock, SynchronousQueue and FutureTask are based on AQS

Two resource sharing methods are defined at the bottom of AQS:

ReentrantLock is a class that implements the Lock interface. It supports reentry, which means that the share can be locked repeatedly, that is, the current thread will not be blocked after acquiring the Lock again

ThreadLocal is used to provide thread local variables. In a multithreaded environment, it can ensure that the variables in each thread are independent of those of other threads. It can be understood that ThreadLocal creates a separate copy of shared variables for each thread without affecting each other

ThreadLocal is used in multiple threads. It is an independent variable that operates its own thread, and there is no correlation between threads

ThreadLocal ensures the independence of data in a multithreaded environment

In essence, ThreadLocal enables each thread's ThreadHashMap to maintain its own shared variable copy, so that each thread is independent

Thread pool can be compared with the concept of constant pool in JMM, in which a certain number of threads are stored in advance. When the program needs to be executed under a thread, the thread pool will allocate a thread to execute the corresponding program.
The introduction of thread pool solves the disadvantage of consuming a lot of performance to create and destroy threads every time the program is executed, and reduces the loss of threads every time they are started and destroyed. 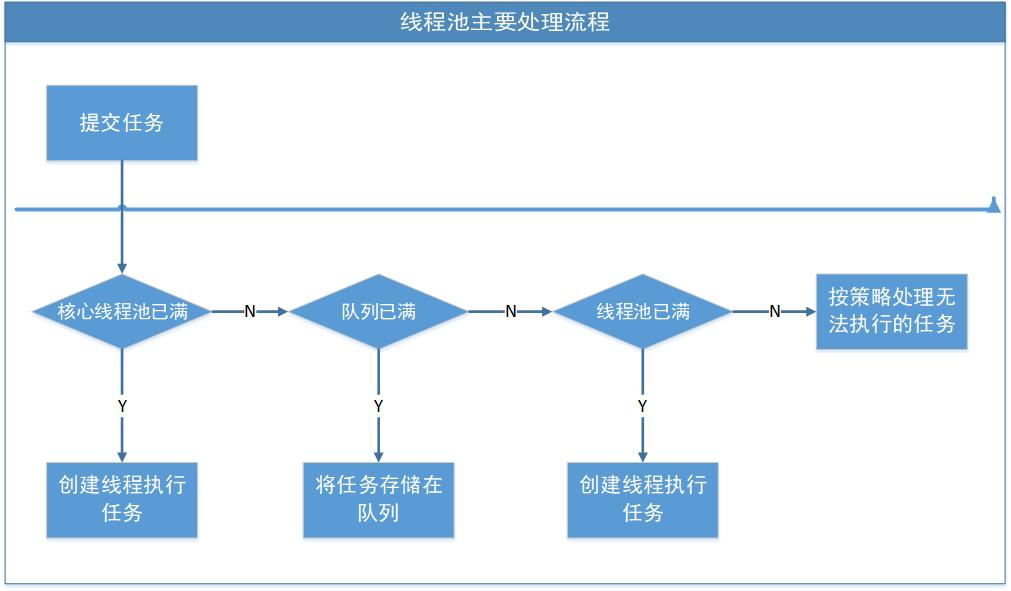 Some static factory methods are provided in the tool class Executors to generate some common thread pools:

ThreadPoolExecutor to create a thread pool

Thread deadlock refers to the deadlock caused by two or more threads holding each other's resources and not actively releasing them during execution. These threads / processes that are always waiting for each other are called deadlocks

Just break one of the four conditions above:

The difference between deadlock and livelock

Deadlock: refers to the deadlock caused by two or more threads holding each other's resources and not actively releasing them during execution

Livelock: refers to the process that a thread repeatedly acquires a lock because some conditions are not met without blocking

The above is a summary of the knowledge points of multithreading safety. With the further study, the content will be supplemented and modified synchronously. It will be a great honor if you can help all bloggers. Please correct it