At the beginning of this chapter, we will combine js code to see the implementation of specific functions of the game. The general plan is to first introduce the basic functions throughout the game, and then introduce them one by one according to different function keys and function blocks. The functions related to online in the function will be described in detail in the chapter of realizing online.

First of all, let's introduce the main body of the whole game to store materials and the realization of card group.

The card set of the game is essentially a simple string array, which loads and stores the path (or URL) of each card picture when the game is initialized. The card deck is a stack in structure and follows the principle of last in first out (LIFO), that is, the cards sent into the deck are placed at the top of the deck by default. If the shuffle is not carried out, the last cards will be drawn first in the latest drawing, just like a gun cartridge. 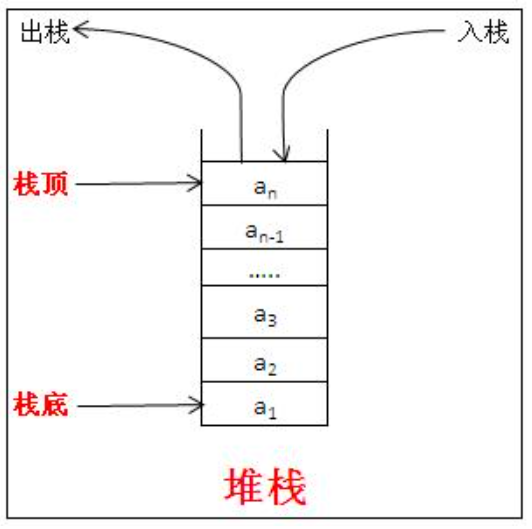 Of course, sometimes we need to select the specified cards from the card deck and take out the effect. At this time, the specified cards need to be removed from the card deck. If it is just a simple POP operation, we have to take out the cards one by one until the desired cards, which is very troublesome. JS provides a splice() method, which allows us to directly delete or replace one or more elements in the array. We only need to provide the index value of the element and the number of elements to be deleted. In this method, we can provide the serial number of the specified card in the deck, and delete only one element, that is, the selected card will be eliminated from the deck. After elimination, the position will not be left blank, but filled up by other cards behind, which means that the index of some cards in the card group will also change. This function will be discussed in detail later.

Before the game begins, players of both sides need to load their own card sets.

First, we need to use several global variables:

P1DeckNum is used to indicate the number of cards in the card deck (it has not yet realized automatic reading of all files in the folder, so this variable can not be used):

P1Deck string array used to store all picture URLs of the card set:

Then, push each picture path in the card group folder into the string array through the circular method:

Of course, before that, we have changed the file names of all cards in the deck folder to numbers: 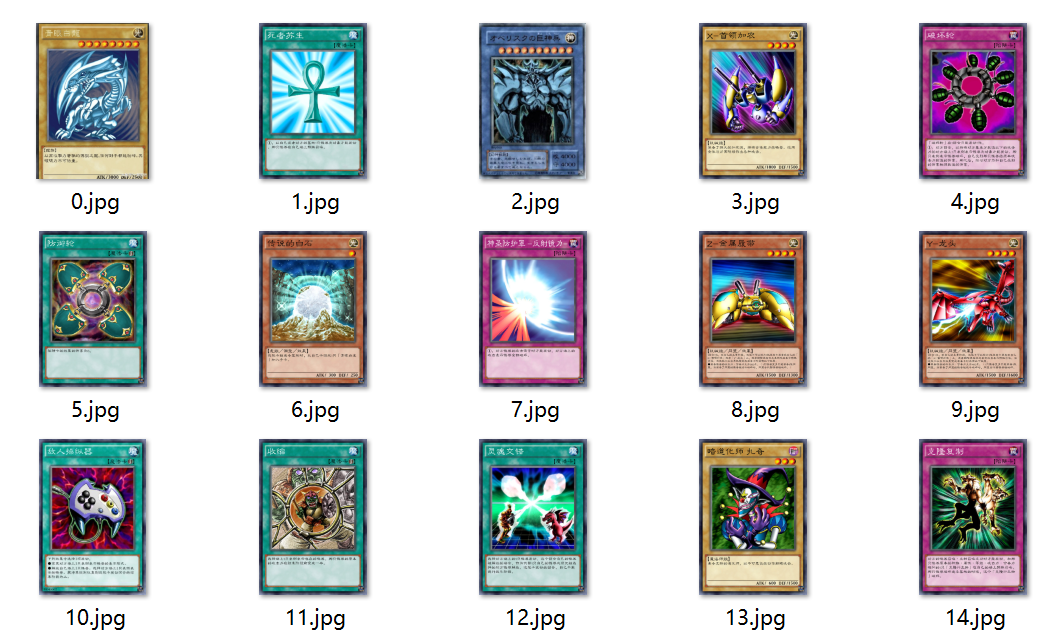 After loading, shuffle again, otherwise the sequence is fixed every time:

Drawing cards from the deck is to transfer the card url in the deck array to the hand slot. Before implementing this js function, let's review the contents of the hand area in the html file:

There are 8 such img tags in our hand card area, corresponding to 8 hand card slots respectively. Each tag has an independent id, and the src attribute is left blank by default, and other attributes are ignored for the time being.

Each time we execute the card drawing function, we need to determine an empty hand card slot and obtain its id, and then assign the image url of the card to its src attribute. After assignment, the image of the card will be displayed in the web page.

To ensure that the slot to be assigned is empty, we need to judge the src value of each slot one by one. Since the value of src attribute is not "" or null after it is left blank, but the default path is the path where the html file is stored, I set a global variable emptysrc here to store the default path, and obtain the path from any empty img element after the html file is loaded for other functions to determine the empty card slot.

Note: the name of the local variable handID here is wrong. Here I choose the id of a battlefield card slot instead of the hand card slot, but it does not affect the operation effect of the function. The default value of empty src is the same.

Note: the online functions in the code will be summarized and introduced together with the online chapter.


In the last step, the condition for triggering drawCard() is that the player clicks the card back picture representing the card group in the card group area of the game interface, and we find the corresponding element in html:

Other functions will be introduced in the following chapters.


Project source code can be moved to my Github:
YGO-Online-Combat