KNN (K-Nearest Neighbors) algorithm, also known as K-nearest neighbor algorithm, can be seen from the literal meaning alone. This algorithm must be related to distance.

The core idea of KNN algorithm:

In fact, it's just that "near the red, near the black". Most of the K people closest to you belong to a certain category, so you are likely to belong to this category (of course, it's not appropriate to use people as examples)

As mentioned above, the category of a sample to be divided largely depends on the category of its nearest K samples. So how can we calculate the "nearest" one? For example, a group of people standing together can easily calculate it

It can also be calculated using Euler distance. 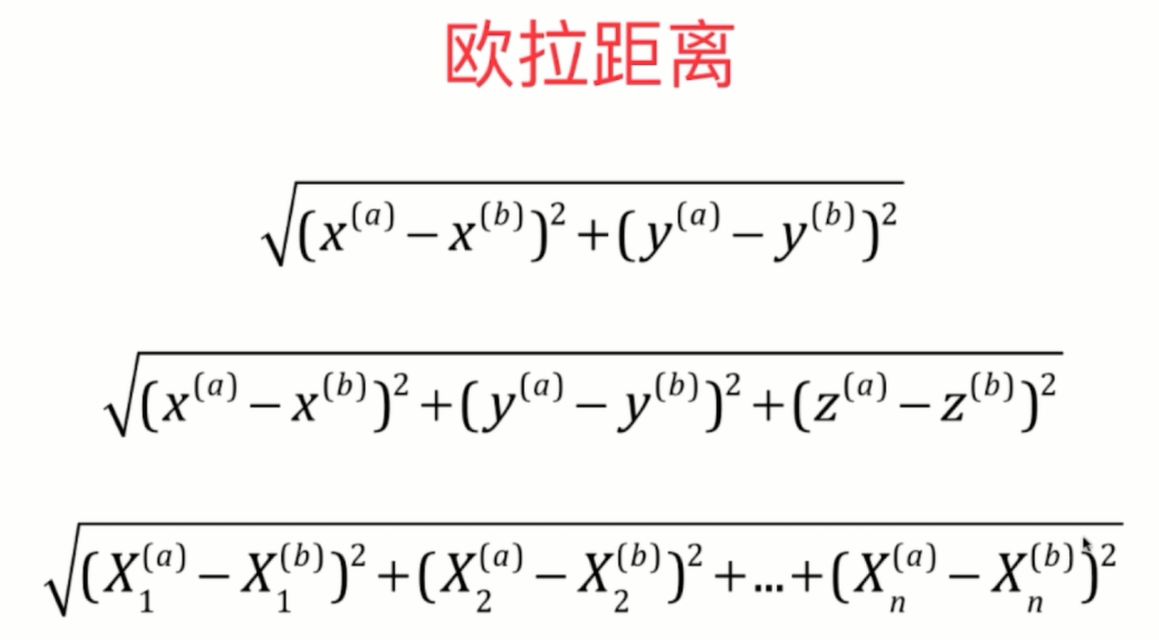 When extended to multiple features, it will be abbreviated to the formula in the upper red box, which is more common in machine learning algorithms.

(3) Select the first K points with the smallest distance

(4) Category of the first k points

The above class is actually written by imitating the kNN algorithm encapsulated in the scikit learn machine learning library.

After we get the dataset, we can't directly treat all the datasets as training datasets, but we still need to leave a small part of them as test datasets. Therefore, it involves the problem of train ﹐ test ﹐ split, and the iris datasets have been arranged by default,

So we need to disorder the feature data set and label vector before we carry out the train test split. 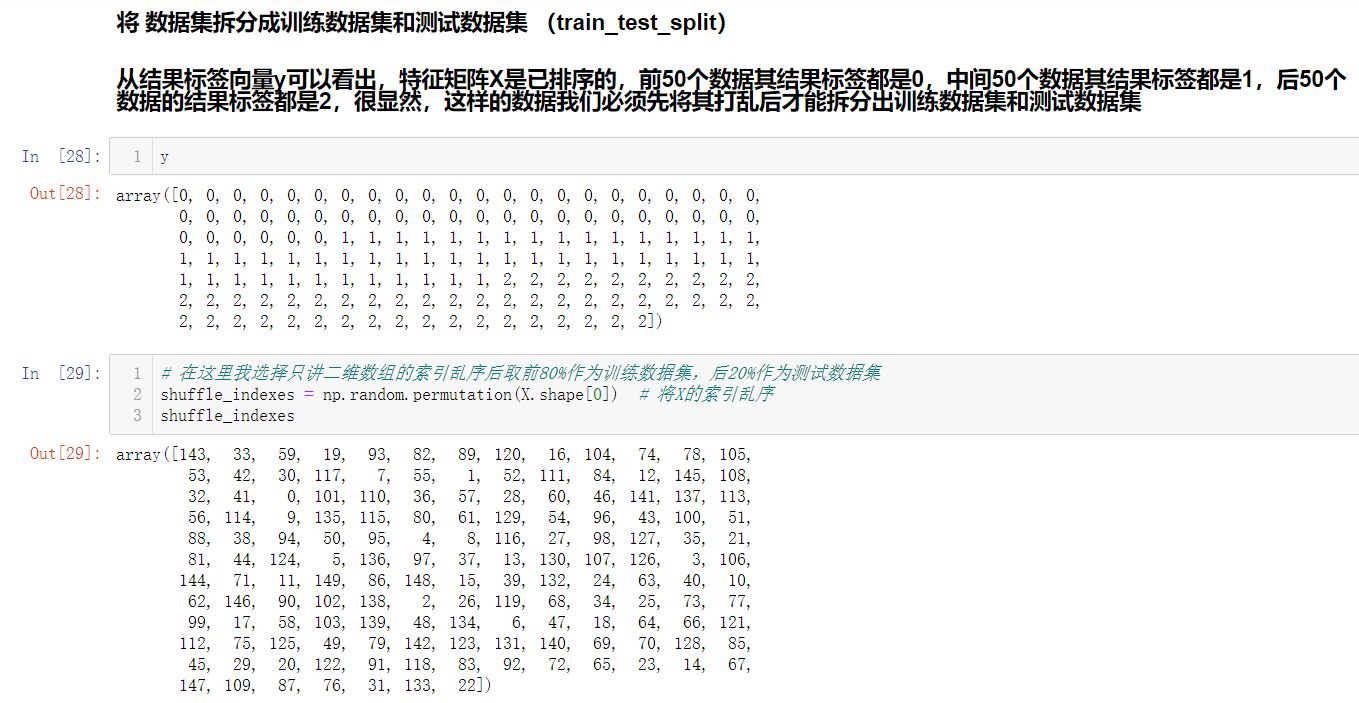 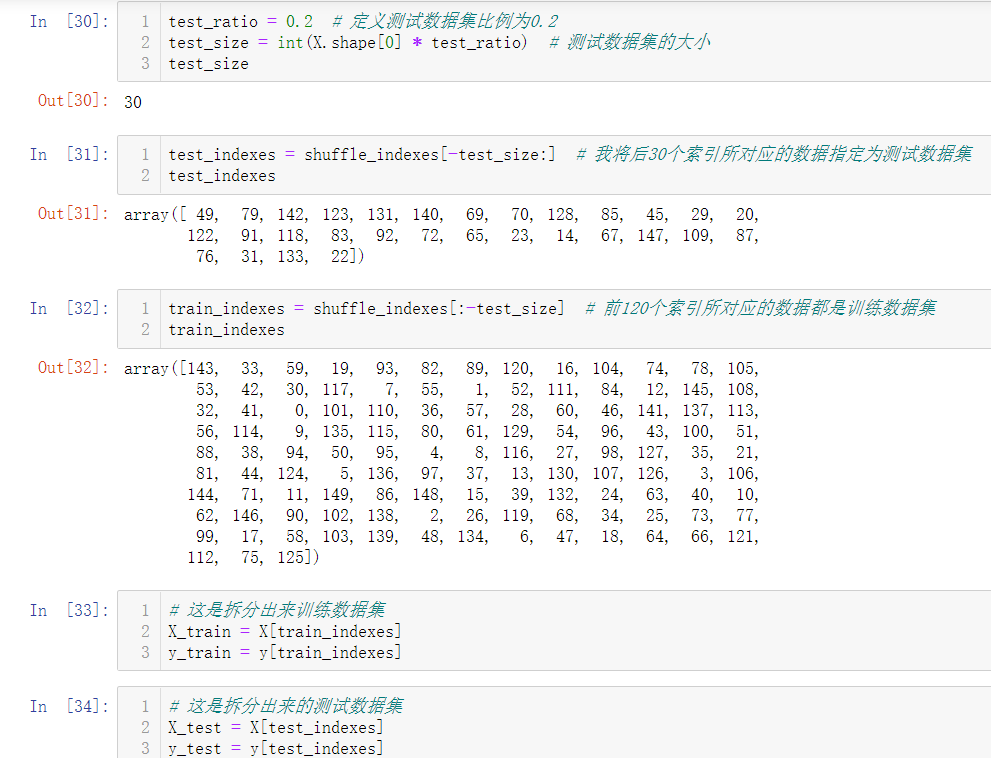 In fact, the train ﹐ test ﹐ split process has been encapsulated in sklearn and can be called directly.

Train? Data: array of features to be split

Next, the sklearn database is called, and KNN algorithm is directly used to predict the iris data set, and the classification accuracy is calculated: