Implementation of hierarchical clustering in python

(4) Taking the median value of pairwise distance is more able to eliminate the interference of individual deviation samples on the results than taking the mean value.
(5) Find the center point of each set (that is, a vector obtained by adding the corresponding dimensions of all elements in the set and then dividing by the number of elements), then replace the set with the center point, and then calculate the distance between the sets
Next, it is simply implemented with the world bank sample data set. The data set is stored in a CSV file named WBClust2013.csv in a standard format. It has 80 rows of data and 14 variables. data sources

In order to make the visualization of results more convenient, I deleted the last column of population data, and added PCA dimension reduction after hierarchical clustering to compare with the original results.

The two classification results are the same:

Visualize the results through a tree view 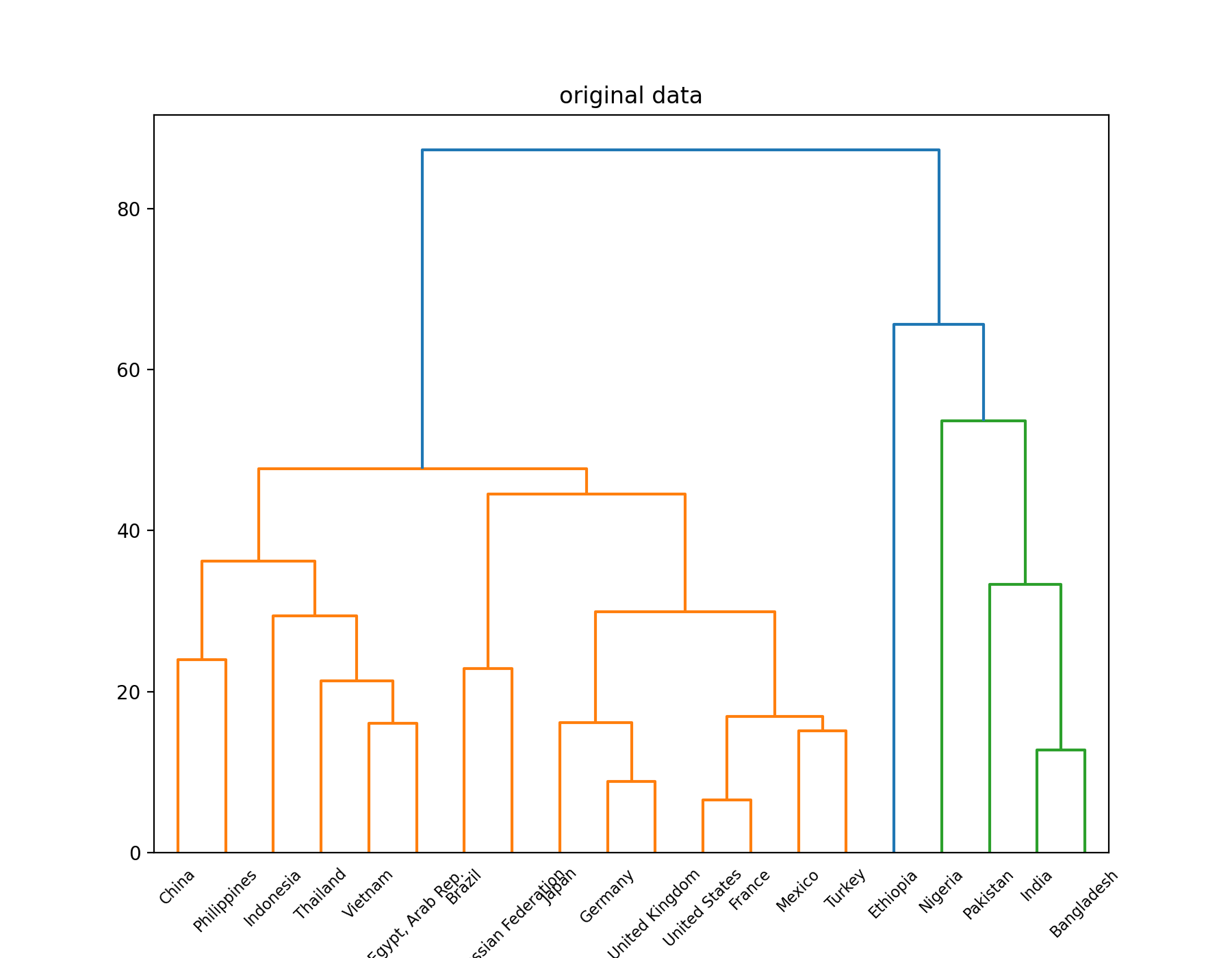 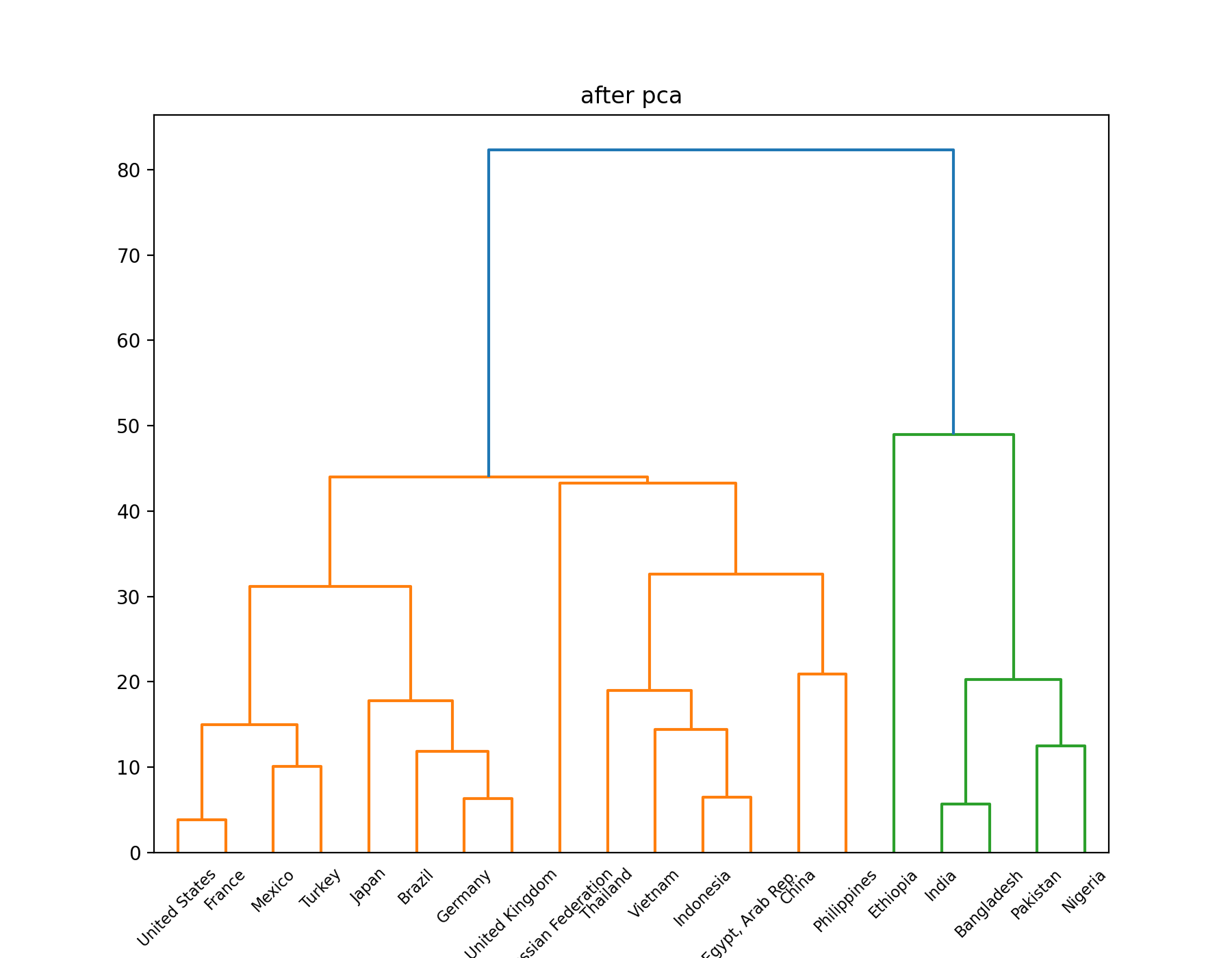