Summary of 200 common interview questions and answers in Python

2. What are Python's built-in data types?

3. Describe the with method. Open the processing file to help me. What have we done?

[with statement is essentially context management]

6. Count the number of occurrences of each word in the string

9. Give an example to illustrate the meaning of try except else finally in the exception module

1. Talk about the differences between Python and other languages 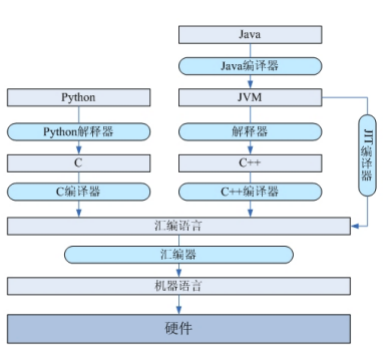 4. Tell me the difference between Python 3 and python 2 you know?

5. What is the difference between int and long in Python 3 and python 2?

6. What is the difference between xrange and range?

9. Do you know docstring?

10. Do you know the type annotation?

11. You know the naming conventions of Python classes, for example

12. How many comments are there in Python?

13. How to annotate a function gracefully?

14. How to annotate variables?

15. Whether Python code indentation supports the mixing of Tab key and space.

16. Can I import multiple libraries in one import sentence?

17. What should we pay attention to when naming Py files?

18. Give examples of several tools to standardize Python code style

22. How to detect that a string contains only numbers?

24. What do you know about string formatting in Python?

25. There are spaces at the beginning and end of a string, such as "adabdw". It is required to write a function to remove the spaces before and after the string.

32. Given two list s, A and B, find out the same element and different elements

36. What is the difference between del and pop in dictionary operation

37. Sort by age in the dictionary

39. How to use generative method to generate a dictionary and write a section of function code.

41. What are the types and characteristics of data structures commonly used in Python?

44. We know that slicing can be used to select some elements for the list, so how to achieve the same function for generator type objects?

50. read, readline or readlines will be used when reading files to briefly describe their respective functions

51. What data types can be processed when serializing JSON? How to customize and support datetime types?

52. When serializing JSON, Chinese will be converted to unicode by default. What if you want to keep Chinese?

53. There are two disk files A and B, each with A line of letters. It is required to combine the information in these two files (in alphabetical order) and output them to A new file C.

56. What problems will exist in the following code and how to improve it?

70. What is the function decorator for? Please list the description?

73. How to judge whether an object is a function or a method?

75. How to implement the interface in Python?

76. Do you understand reflection in Python?

77. What is the role of metaclass? And application scenarios?

79. Please list the magic methods and uses of Python you know.

81. Does Python pass parameters by value or address?

82. Use examples of metaclasses in Python

83. Briefly describe the any() and all() methods

86. How is memory managed in Python?

88. Use regular expressions to match

Baidu once, you will know

90. Write a regular expression that matches the mailbox

91. Explain the function of pass statement in python?

92. Briefly describe your understanding of the input() function

94. Namespace and scope in Python

98. How to set a global variable in a function

101. How to break through the maximum number of recursions in Python?

102. What is object-oriented mro

104. What is an assertion? Application scenario?

106. Differences between new and old types

108. There are three modules in a package, demo1 py, demo2. py, demo3. Py, but how to ensure that only demo1 and demo3 are imported when using from tools import * to import modules.

109. List five exception types in Python and their meanings

110. What is the difference between copy and deep copy?

111. The meaning and usage of * args and * * kwargs often encountered in the code.

114. Give an example of the difference between sort and sorted

117. Explain the assignment operator in Python

118. Explain the logical operators in Python

119. Talk about bitwise operators in Python

120. How do I use hexadecimal numbers in Python?

121. How to declare multiple variables and assign values?

(1) Find 4 from AList and BSet. Which is the worst time complexity?

(2) Insert 4 from AList and BSet. What is the worst time complexity?

136. Find the median of the data flow

137. The K-th smallest element in the binary search tree

138. In the requests module, requests Content and requests Textwhat's the difference

140. Tell me about the workflow of scratch

143. What did you encounter when you wrote about reptiles? Anti reptile measures, how did you solve it?

147. When you open the browser and visit Baidu, you will know the results and the whole process.

148. How to deal with the verification code when the climbing speed is too fast

149. What is the difference between scratch and scratch redis? Why choose redis database?

151. Is it good to use multiple processes to write crawlers? Or multithreading? Why?

152. What are the most used parsers for parsing web pages

153. For web pages that need to log in, how to solve the problem of restricting ip, cookies and sessions (some of which are dynamically generated) without using dynamic crawling?

156. What is the difference between TCP and UDP?

158. What is a sticky bag? What causes packet sticking in socket? Under what circumstances will sticking occur?

159. Give an example Usage of future midline process pool

160. Talk about the difference between multithreading, multiprocessing and concurrency.

162. How do processes communicate

163. What is the role of IO multiplexing?

164. What are the differences among select, poll and epoll models?

165. What are concurrency and parallelism?

167. Explain what asynchronous non blocking is?

169. Tell me about the git command you know

170.git how to view the content of a submitted modification