Introduction and use of Netcat

Most Linux distributions will come with Netcat. You can use the nc command to check whether Netcat is installed in the system

The above prompt message indicates that Netcat has been installed in the system. If it is not installed, you can use the following command to install it

After sending the request, you will receive the following HTTP response

The complete process is as follows 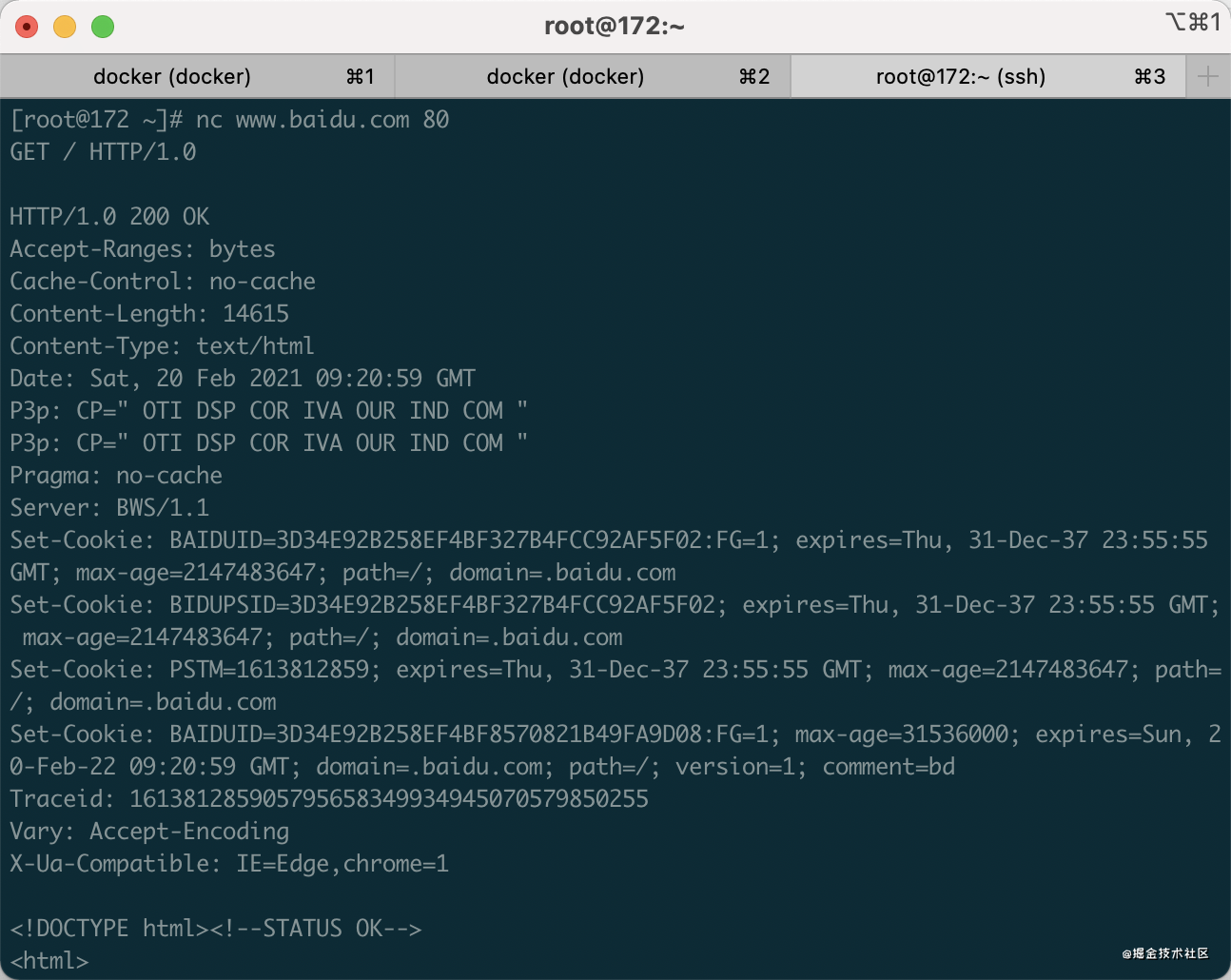 -The z parameter indicates that the Zero-I/O mode is used, that is, input and output are prohibited during connection, and only check whether the port is turned on. It is very suitable for port scanning- The v parameter is used to display the detailed output information in the network connection. According to the output information, it can be seen that 9999 port can be connected, which proves that 9999 port is being developed

If you write a simple point-to-point chat program in C, you need at least 60-70 lines of code. Using Netcat to make two machines establish a TCP connection, you only need to execute two lines of commands to realize a simple chat function, such as on server 172.16.0.4

-l parameter, which means running Netcat in listening mode. Here, we are listening to port 9999, and then execute it on another server

After successful execution, the two servers establish a TCP connection, and then can send messages through the connection, such as sending Hello, I'm client on the client server

The server can receive the message immediately

Similarly, the client can also receive the message sent by the server

Similarly, it is convenient to transfer files between two hosts by establishing A TCP connection. If you want to set test. On server A Txt is sent to server B (the IP address is 172.16.0.4) and executed on server B

Then execute on server A

In this way, the file can be sent

The target machine output is as follows

The main functions of the above two commands are as follows:

Netcat can interact with any server using TCP protocol. For example, use netcat to execute PING command in Redis