static can be used to decorate: attributes, methods, code blocks, internal classes
In Java, remember: static is not allowed to modify local variables.
Inside the static method, you can only access the static modified properties or methods of the class, but not the non static structure of the class.

• use static to modify attributes: static variables (or class variables)

• this keyword and super keyword cannot be used in static methods

• during development, how to determine whether an attribute should be declared as static?

We can see that the static code block is called only once. You can think about whether this code block is called by pa or parentClass. When pa is constructed, the direct call occupies the Static parentClass and cannot call static. That is, when the code goes to Order pa = new Order(), the static block, block 1 and constructor have been called once, Only because static Order parentClass = new Order() is in Order, it is output first.
Call order: static > code block > constructor 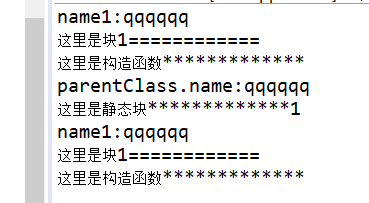 The main method is used as the entry of the program
When the JVM runs the program, it will first look for the main method. Among them, public is the permission modifier, indicating that any class or object can access this method, and static indicates that the main method is a static method, that is, the code in the method is stored in the static storage area. As long as the class is loaded, you can use this method without instantiating the object, and you can access it directly through the class name main() is accessed directly. When the JVM starts, it finds the entry address of the method according to the signature of the above method (it must be decorated with public and static, the return value is void, and the method parameter is a string array). If it can be found, it will execute. If it cannot be found, an error will be reported. Void indicates that the method has no return value. Main is the special method name recognized by the JVM and the entry method of the program. The string array parameter args provides a means for developers to interact with programs in the command-line state.

A main method can be named in each class, and an entry can be specified when the program is executed 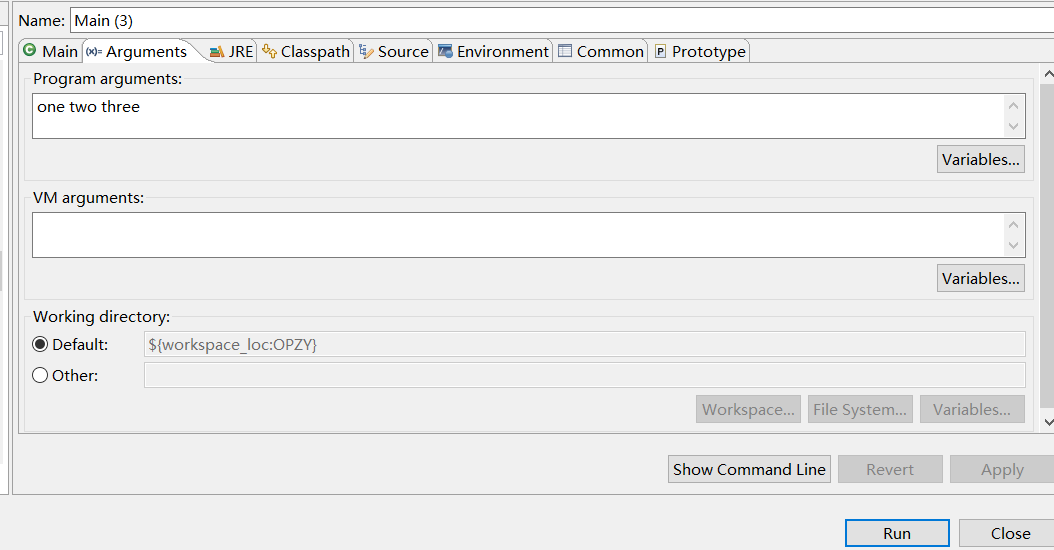 Operate on the console 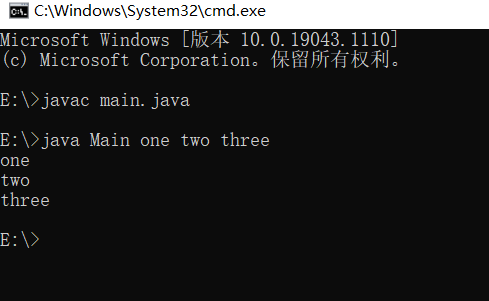 Interview questions
Here, the file of Something class is called otherthing java
class Something {
public static void main(String[] something_to_do) {
System.out.println("Do something ...");
} }
Can the above program be compiled and run normally?
Compileable

If a code block in a class has modifiers, it can only be modified by static, which is called static block. If static modification is not used, it is a non static code block.
Static code block

• there can be output statements.
• you can initialize class attributes and class declarations.
• in addition to calling non static structures, you can also call static variables or methods.
• if there are multiple non static code blocks, they are executed from top to bottom.
• it is executed every time an object is created. And executed before the constructor. 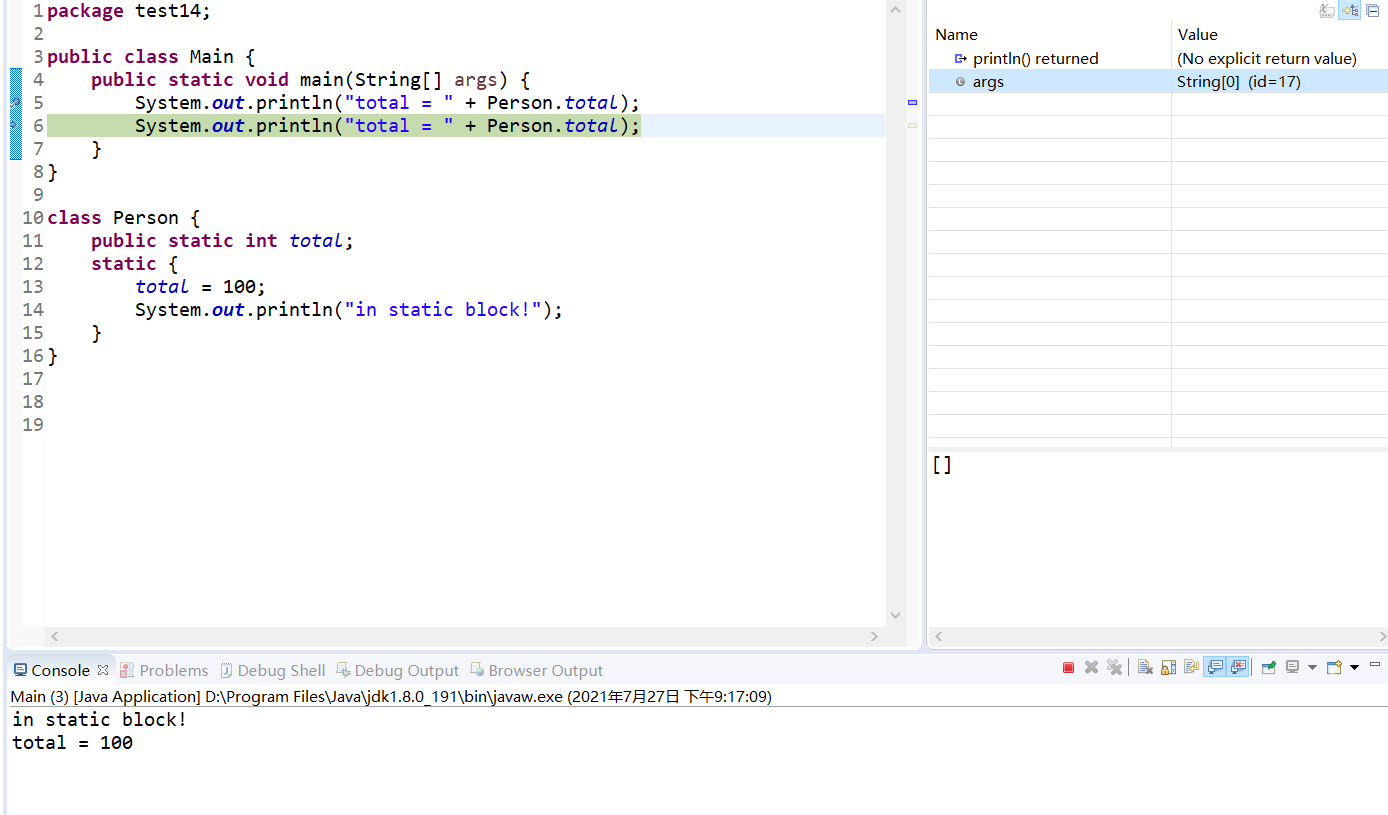 When declaring classes, variables and methods in Java, you can use the keyword final to modify them, indicating "final"

• classes marked final cannot be inherited.
• methods marked final cannot be overridden by subclasses.
• final ly marked variables (member variables or local variables) are called constants. The name is capitalized and can only be assigned once
• the member variables of the final tag must be explicitly assigned in the declaration or in each constructor or code block before they can be used.
• final double MY_PI = 3.14;

Error message:
The last local variable x cannot be assigned. It must be empty and cannot use compound assignment

With the definition of new subclasses in the inheritance hierarchy, the class becomes more and more specific, while the parent class is more general and general. Class design should ensure that parent and child classes can share features. Sometimes a parent class is designed so abstract that it has no concrete instance. Such a class is called an abstract class

Sometimes you must derive a subclass from several classes and inherit all their properties and methods. However, Java does not support multiple inheritance. With an interface, you can get the effect of multiple inheritance.
General constant values and abstract methods are defined in the interface
Characteristics of interface

The difference between abstract classes and interfaces

Improvement in jdk8
In Java 8, you can add static methods and default methods for interfaces. From a technical point of view, this is completely legal, but it seems to violate the concept of interface as an abstract definition.

• static method: use static keyword to modify. You can call static methods directly through the interface and execute their method bodies. We often use static methods in classes that work with each other. You can find paired interfaces and classes such as Collection/Collections or Path/Paths in the standard library.
• default method: the default method is decorated with the default keyword. Can be called by implementing class objects. We provide new methods in the existing interfaces while maintaining compatibility with the old version of the code. For example, the java 8 API provides rich default methods for interfaces such as Collection, List and Comparator

Defining a class in another given class or method is called an inner class.

How to call internal or external members

When an inner and outer class has a member variable or method with the same name, use outer this. s. Use this keyword to call. 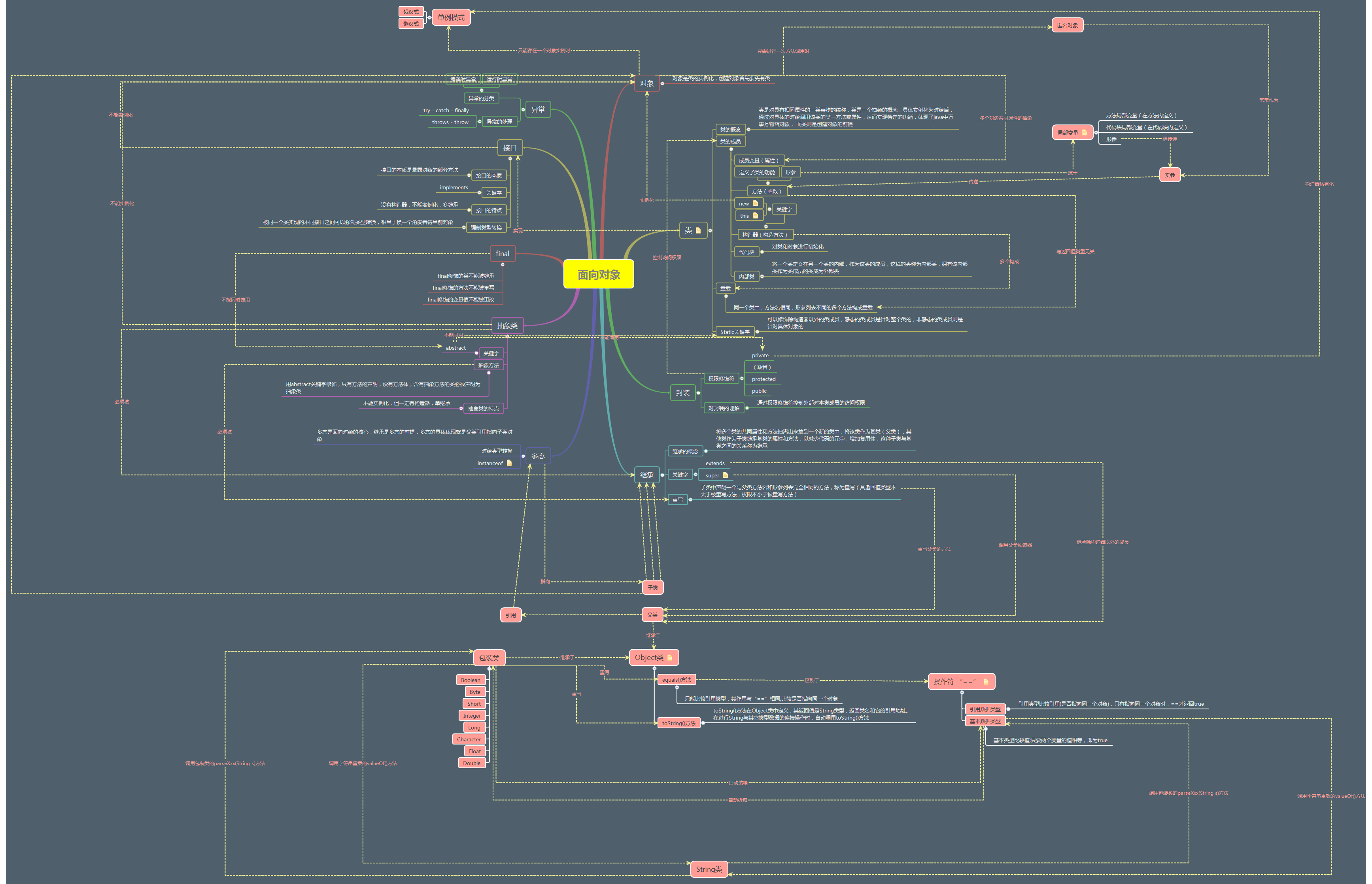