The blog started a quick peek at Java Concurrency Containers after a simple peek at CAS and final keywords in the previous post. HashMap, ArrayList, and so on, are non-thread-safe. In Java, if you want HashMap and Array List to be thread safe directly, you can do so by doing the following 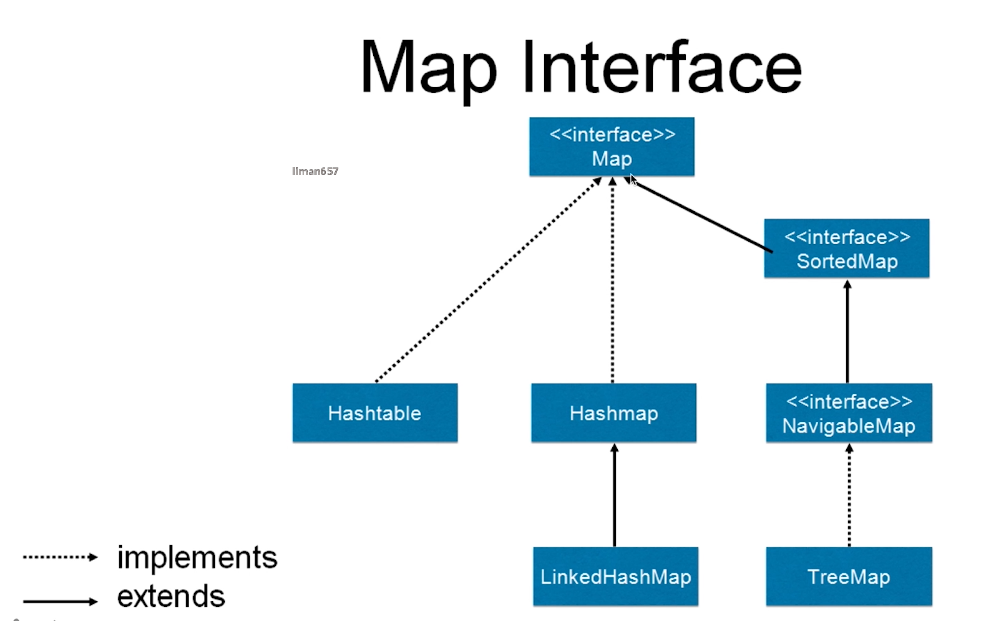 In addition to being thread-safe, HashMap also has an infinite loop when multithreaded extensions occur, which can be a bit disgusting for an interviewer to ask this boring and ineffective question. Let's take a note here. Instead of making a summary, let's give a better summary of this problem. Dead cycle of JAVA HASHMAP.

The root of this problem is to force concurrent HashMap s, which do not support concurrency, into concurrent scenarios, leading to the problem of chain list looping pointing. If you encounter this kind of problem during an interview, you can look down upon the interviewer internally because it's really a bit boring, just like you could have made a bicycle with a round tire, but some people prefer a square tire, and when you're done, ask what square tire you made for is not a practical bicycle.

One thing in all -- HashMap cannot be enforced in concurrent situations. HashMap and Concurrent HashMap differ significantly in JDK versions 1.7 and 1.8, which this blog will summarize briefly

HashMap and Concurrent HashMap in version 1.7

This is a simpler, Key-denoted array, and then each element in the array is a one-way chain list. If there is a hash conflict, the conflict elements are stored by zipper method. 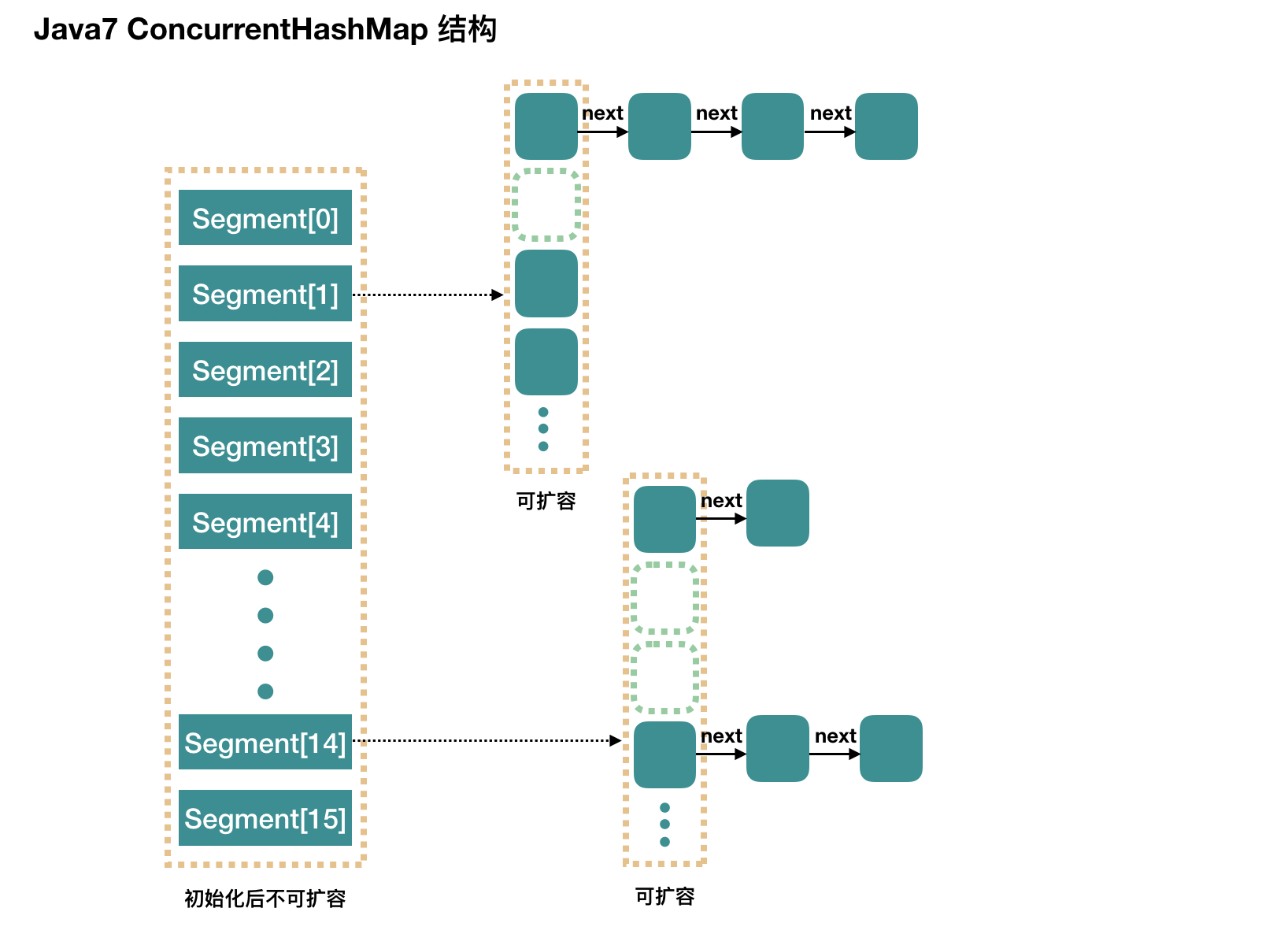 ConcurrentHashMap in 1.7 contains 16 Segments by default. Since 1.7 stores Segments in arrays, you can specify the number of Segments at initialization, but once specified, it cannot be expanded. Inside each Segment is actually a HashMap data structure, but it is thread-safe.

HashMap and Concurrent HashMap in Version 1.8

HashMap in 1.8 made some changes, the biggest difference being the use of red and black trees when the chain list for resolving hash conflicts was too long. After positioning the subscript according to the hash value in 1.7, a chain-walking search is required to find the target element, and the complexity of this search is O(n). To reduce this complexity, in Java8, if there are eight elements in hash conflict, the chain table is converted to a red-black tree, so the time complexity of the lookup becomes O(logN)

About red and black trees-- Red and Black Tree Details . (Personally, the red-black tree algorithm is not very portable, just simple to understand)

[External chain picture transfer failed, source station may have anti-theft chain mechanism, it is recommended to save the picture and upload it directly (img-adjPh7g2-16374853960) (F:blog_docblogPicsync&JUC-learn4.png)]

HashMap in 1.8 does not seem to be different, but it is much more complex in source code to keep threads safe.

HashMap and Concurrent HashMap in 1.7 and 1.8 are just a simple comparison without further introduction. As for scaling up and migrating data, the final summary document at the end of these references (I don't think it's really necessary to know that level).

In data structure, 1.8 for hash conflict data, after reaching a certain threshold, introduces the structure of red and black trees for storage, in ConcurrentHashMap, the node array can actually be expanded

In terms of ensuring concurrency, 1.7 uses segmented locks, where Segment s inherit from ReentrantLock, while in 1.8 thread-safe operations are implemented through CAS+synchronized.

Why do I need to convert more than eight conflict chain lists into red-black trees in 1.8? Are conversion operations less performance intensive? This is also mentioned in the source comment 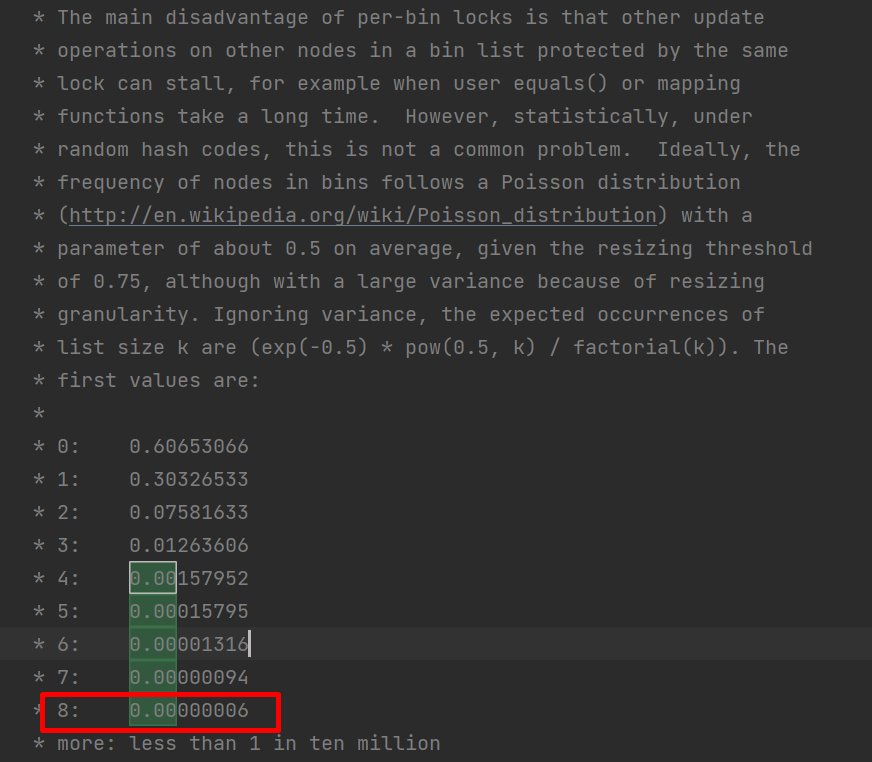