The difference between super and this

The difference between rewriting and overloading

Advantages and disadvantages of polymorphism

Java uses classes to describe entities in the real world. The objects generated by instantiation of classes can be used to represent entities in the real world. When defining a class, if you encounter parts of two classes with the same attributes or functions, you can consider extracting the same parts of the two classes, which is inheritance in the idea of object-oriented. Inheritance is used to extract commonness and realize code reuse. 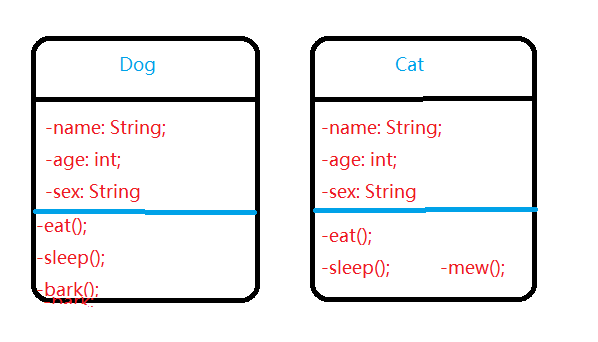 Inheritance mechanism: it is the most important means for object-oriented programming to make code reusable. It allows programmers to expand and add new functions on the basis of maintaining the characteristics of the original class. The new class produced in this way is called derived class. Inheritance presents the hierarchical structure of object-oriented programming and embodies the cognitive process from simple to complex. The main problem of inheritance is to extract commonness and realize code reuse.

The inheritance relationship of classes in Java needs to be realized with the help of the extends keyword. The syntax format is as follows:

Access member methods of the parent class in a subclass

For example, the following code

According to the output results, it can be seen that when executing the method method, the a in the subclass is actually output. How can we access the member variables of the parent class in the subclass method? Using super keyword

The above example shows the usage of the super keyword: in the subclass method, access the member methods and variables of the parent class

1.super keyword can only be used in non static methods;

2. In the subclass method, access the member variables and methods of the parent class

super.func(): access the member method of the parent class;

super(): call the constructor of the parent class, which must be placed in the first line

The difference between super and this

super and this keywords can be used in member methods to access member variables and call other member functions. What's the difference between them?

5. There must be super(...) in the construction method Call (the compiler will automatically generate it if you don't write it yourself), but this(...) doesn't necessarily exist Call of (unless you write this call yourself)

3. Then execute the instance code block and construction method of the subclass;

4. When the subclass object is instantiated for the second time, the static code blocks of the parent and subclass will not be executed again, but only once 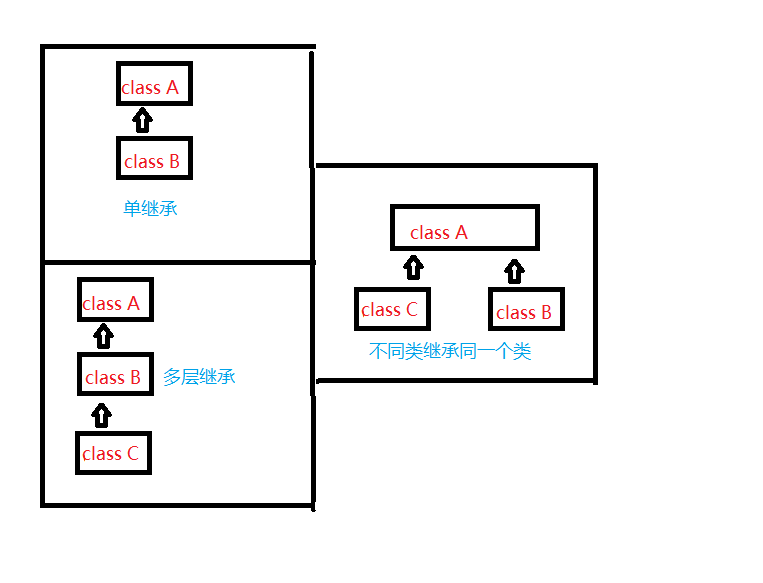 Java only supports single inheritance, multi-layer inheritance and different classes inherit the same class, but does not support multiple inheritance

After a method is called through a reference, it can be expressed in many forms. This idea is called polymorphism.

1. It must be used under the inheritance system;

2. The subclass must override the method of the parent class;

3. Call the overridden method through the reference of the parent class

Embodiment of polymorphism: when passing different objects, the methods in the corresponding class will be called

1. The method modified by final is called sealing method, which means that the current method cannot be rewritten;

The difference between rewriting and overloading

Static binding: when compiling, determine which method to call according to the actual parameter type passed by the user. Representative type: function overload;

Dynamic binding: when compiling, you cannot determine which method to call. You need to wait until the program runs

Create a subclass object and use it as a parent object

The disadvantage of upward Transformation: you can't call methods specific to subclasses

Advantages and disadvantages of polymorphism

1. It can reduce the "circle complexity" of the code and avoid using a large number of if else statements;

The running efficiency of the code is reduced

Examples of polymorphic codes are as follows: