1, What is an interface

Some heroes of LOL can use physical attack, some can use magic attack, and some can use both attacks. Therefore, heroes can be divided into ADHero, APHero and ADHero. They inherit the Hero class and the attributes such as name, HP and armor.

Define an AD interface, which provides a physicAttack() method, but there is no method body. It is an "empty" method.

The ADHero class implements the ad interface, uses the keyword {implements (which is similar to inheriting extensions), and must declare the methods in AD.

Similarly, we can create AP interfaces, and the ADAPHero class implements AD and AP interfaces at the same time.

Similar to the basic type conversion, the child class can be converted to the parent class automatically, while the parent class needs to be forcibly converted, but at its own risk (very simple, AD heroes are heroes, and heroes may not necessarily be AD heroes). Of course, two classes without inheritance will fail if they convert to each other.

However, h still cannot use the method in ADHero() after the conversion.

(2) Conversion between class and interface

Line 4: adi actually points to an ADHero, so it can be converted successfully.
Line 5: the object pointed to by the adi reference is an ADHero. If you want to convert it to an ADHero, it will fail.

It is conceivable that if such a mechanism is not overridden, once the subclass inherits the parent class, all methods can not be modified. However, subclasses want to provide a little different functions. In order to achieve this goal, they can only give up inheriting the parent class, rewrite all properties and methods, and then make a small change when writing the effect, which increases the development time and maintenance cost.

Polymorphism: all of them are of the same type and call the same method, but they can present different states.

To realize class polymorphism, the following conditions are required

2. The method called has overrides

1. Instantiate a subclass, and the constructor of the parent class will be called 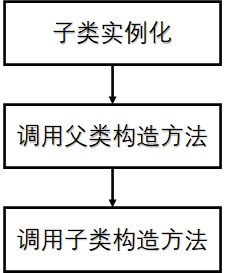 2. The usage of super is very similar to this. Super is the method that calls the parent class, while this calls its own.

1. The class modified by final cannot be inherited;

2. The method of inal modification cannot be rewritten;

3.final modifies a basic type variable, indicating that the variable has only one assignment opportunity;

Constants refer to values that can be exposed, accessed directly, and do not change

4.final modifies a reference, indicating that the reference has only one chance to point to the object.

Object class is the parent class of all classes. When declaring a class, it inherits object by default.

The Object class provides a toString method, so all classes have toString methods. toString() means to return the string representation of the current Object.

equals() is used to determine whether the contents of two objects are the same.

The hashCode method returns the hash value of an object.

getClass() returns the class object of an object.

It can be declared as an abstract class without providing abstract methods.

Once a class is declared as an abstract class, it cannot be instantiated directly.

2. Differences between abstract classes and interfaces

The default method is a new feature of JDK8, which means that the interface can also provide concrete methods, unlike before, it can only provide abstract methods. For example, the Mortal interface adds a default method {revise, which has an implementation body and is declared as default.

Non static inner classes can be defined directly in a class.

As a non static internal class, you can directly access the private instance property of the external class.

Anonymous class refers to instantiating a class while declaring it, which makes the code more concise and concise;
Usually, to use an interface or abstract class, you must create a subclass;
Sometimes, in order to use it quickly, an abstract class is instantiated directly and its abstract methods are implemented "on the spot". Since the abstract method is implemented, it is a new class, but this class is not named. Such classes are called anonymous classes.