A process is a running program, which represents the memory area occupied by the program

HA(High Availability): in the scenario of high concurrency, ensure the program availability as much as possible and reduce the time when the system cannot provide services

Thread is the smallest unit that OS can schedule operations. It is included in the process and is the actual operation unit in the process
A process can start multiple threads, one of which calls other threads in the process
The process switching we see is also the main thread of different processes
Multithreading extends the concept of multi process, so that the same process can process multiple tasks simultaneously

2.2 relationship between process and thread 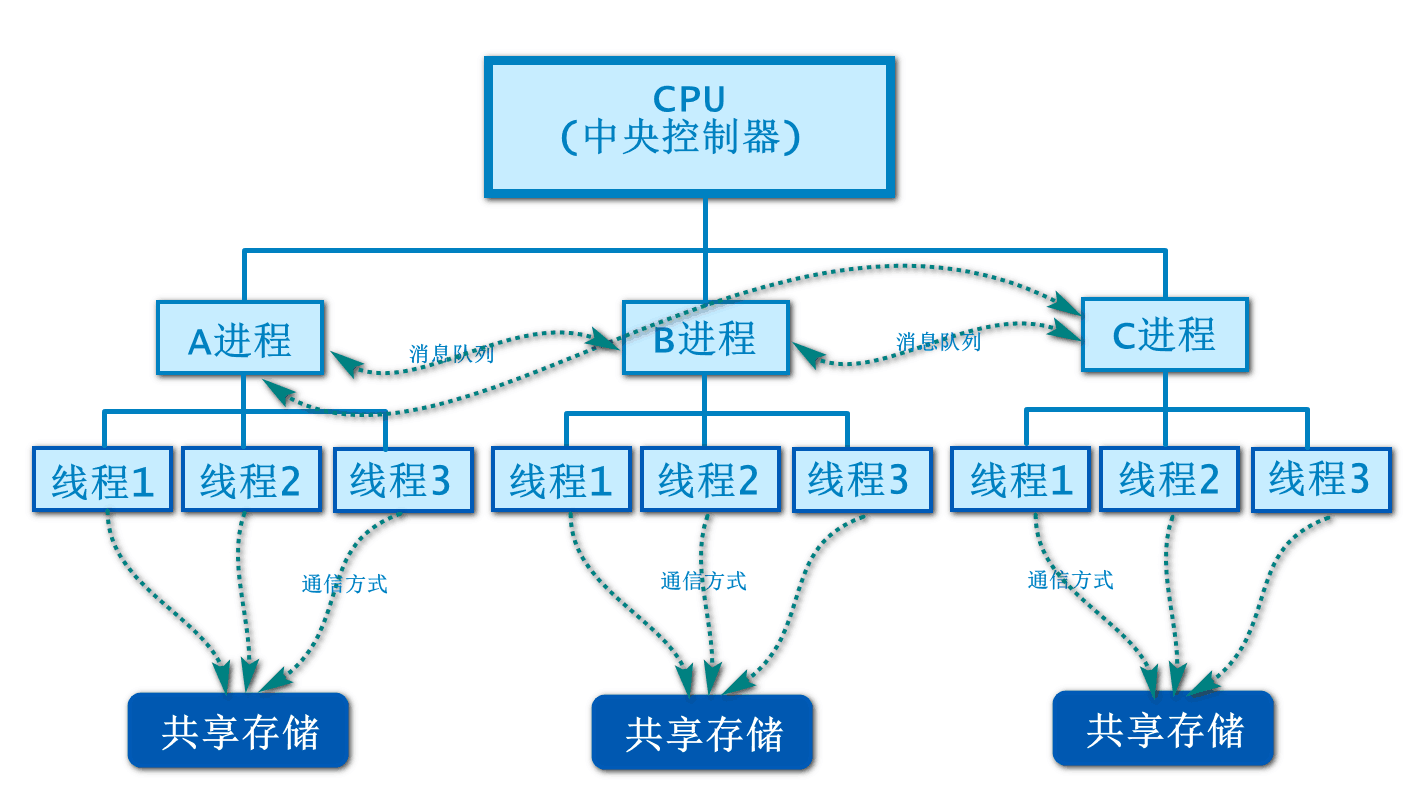 Each thread not only shares the memory of the same process, but also has its own independent memory space
Therefore, if you want to use threading technology, you must first have a process. The process is created by the OS operating system, usually in C or C + + 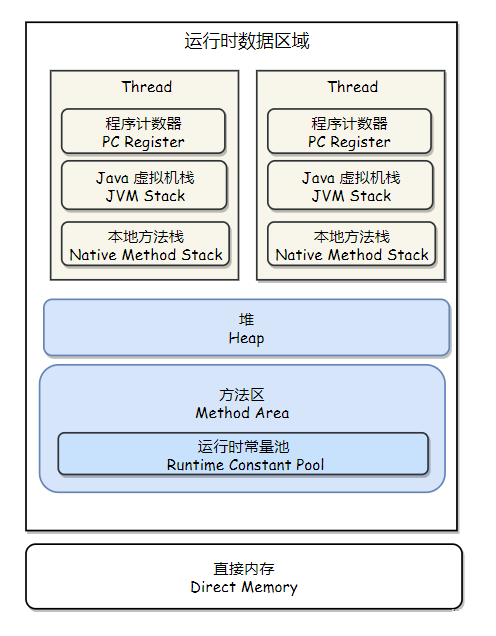 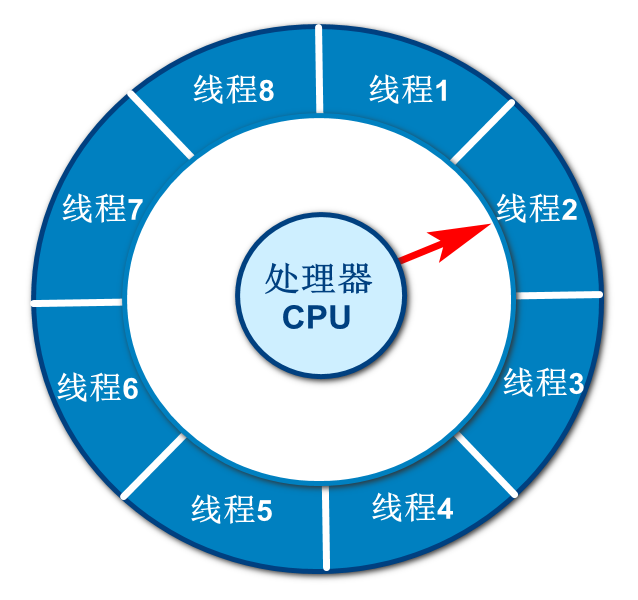 Time slice, that is, a time period allocated by the CPU to each thread, is called its time slice, that is, the time that the thread is allowed to run. If the thread is still executing when the time slice is used up, the CPU will be deprived and allocated to another thread to suspend the current thread. If the thread blocks or ends before the time slice is used up, the CPU will switch immediately to avoid the waste of CPU resources, When you switch to the previously suspended thread again, restore the scene and continue execution.
Note: we cannot control which threads the OS chooses to execute. The underlying OS has its own rules, such as: 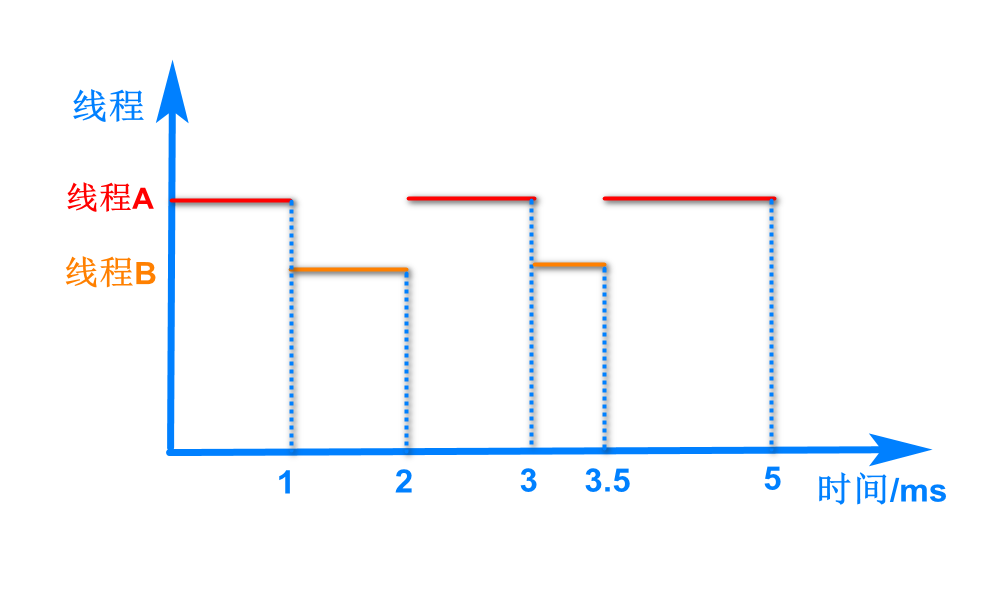 Due to the complexity of thread states, we first learn the three basic thread states and their transitions, referred to as the "three state model":

Ready → execute: allocate CPU for the ready thread to change to the execution state“
Execute → ready: the executing thread is deprived of the CPU to suspend execution due to the running out of time slices, and becomes ready
Execute → block: if the executing thread is blocked and cannot be executed due to an event, it will change from execution to blocking
(for example, a thread is accessing a critical resource while the resource is being accessed by another thread)
On the contrary, if the previously required resources are obtained, it changes from blocking to ready state and waits for the allocated CPU to execute again

We can add two more states:

PCB(Process Control Block): in order to ensure that each thread participating in concurrent execution can run independently, the OS is configured with a unique data structure PCB to describe the basic situation and activity process of threads, so as to control and manage threads 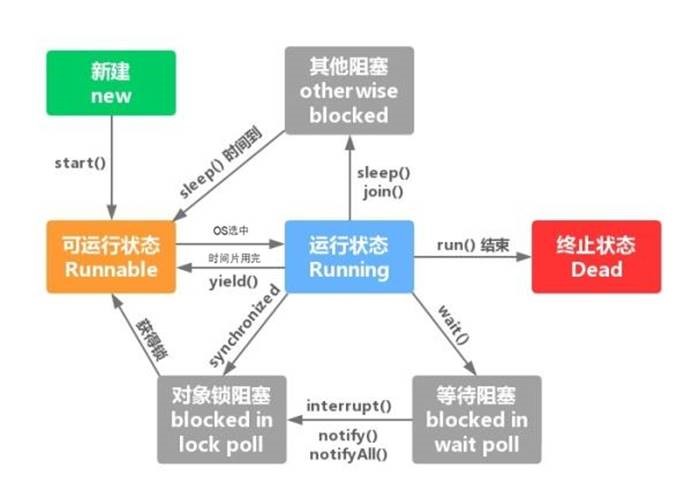 The Thread class is essentially an instance that implements the Runnable interface and represents an instance of a Thread
The only way to start a Thread is through the start() instance method of the Thread class
The start() method is a native method that notifies the underlying operating system that Finally, the operating system starts a new thread, and the operating system will execute run()
Multithreading implemented in this way is very simple. You can automatically start a new thread and execute your own defined run() method by directly extending thread through your own class and overriding the run() method
Simulate opening multiple threads, and each thread calls the run() method

4.3 test the creation method of multithread 1

If your own class already extends another class, you cannot inherit more. At this time, you can implement a Runnable interface

When void run() creates a thread using the object that implements the interface Runnable, it will cause the run() method to call the object in the thread that is executed independently.

5.3 exercise 2: test how multithreading is created 2

Demand: four ticket windows are designed, with a total of 100 tickets. Use multithreaded programming and write code