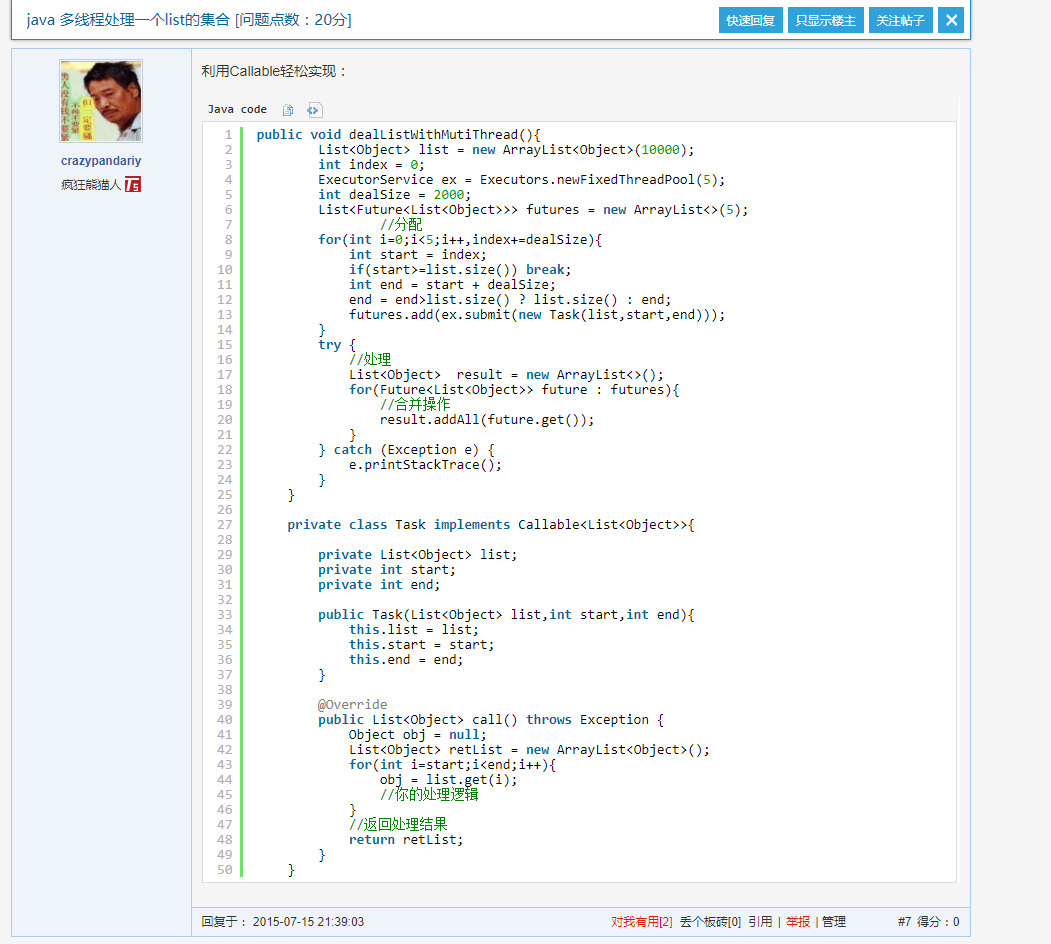 Here is the posted Code:

Note: must multithreading be faster than a single thread?