In the Fork/Join framework of Java, two classes are used to complete the above operations

The subtasks separated from the task will be added to the two terminal queue maintained by the current worker thread and enter the queue head. When there is no task in the queue of one worker thread, it will randomly obtain a task (job stealing algorithm) from the end of the queue of other workers. 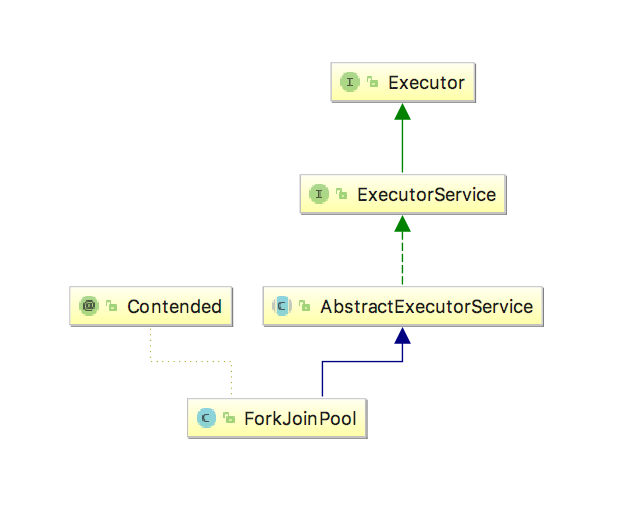 Several states of the ForkJoinTask:

4.invoke(); execute the task in the current thread immediately, wait for the task to finish executing and return the result