Size relationship: the comparison of elements can be naturally sorted by the element itself or passed into the comparator through the construction method. 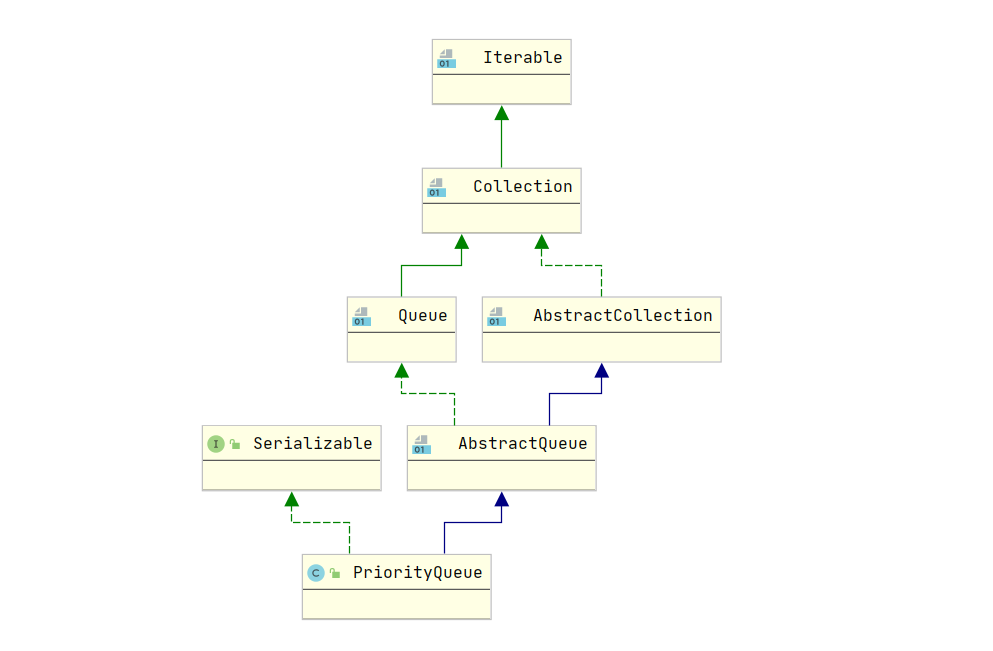 Through the inheritance diagram, we can know that PriorityQueue is an implementation class of the Queen interface, and the Queen interface is an implementation class of the Collection interface. Therefore, it has the basic operations of the Collection interface. In addition, the queue also provides other operations of inserting, removing and querying. Each method has two forms: one is to throw an exception (when the operation fails), and the other is to return a special value (null or false, depending on the operation).

In the code, we add 11, 33, 22, 55 and 44 data in turn, and then delete them. Through the results, we find that the smallest element in the queue is deleted each time, which reflects the priority queue.

Conclusion: by default, the priority queue acquires the smallest element in the queue every time. You can also customize whether each acquisition is the smallest or the largest through the comparator.

Note: null cannot be stored in the priority queue.

Objects stored in priority queues or collections with comparative characteristics need to implement the Comparable interface.

Requirements: store the object students in the priority queue. Each student has three attributes: id, name and age, and make the priority queue take out from small to large according to the student's id each time.

How does the priority queue ensure that the smallest (largest) element in the queue is retrieved each time? Check the source code. The underlying storage structure is an array

On the surface, it is an array structure. In fact, the priority queue is stored in the form of heap. By adjusting the small root heap or large root heap, it can ensure that the elements taken out each time are the smallest or largest in the queue.

The underlying implementation of priority queue can be realized through array, as shown in the figure below: 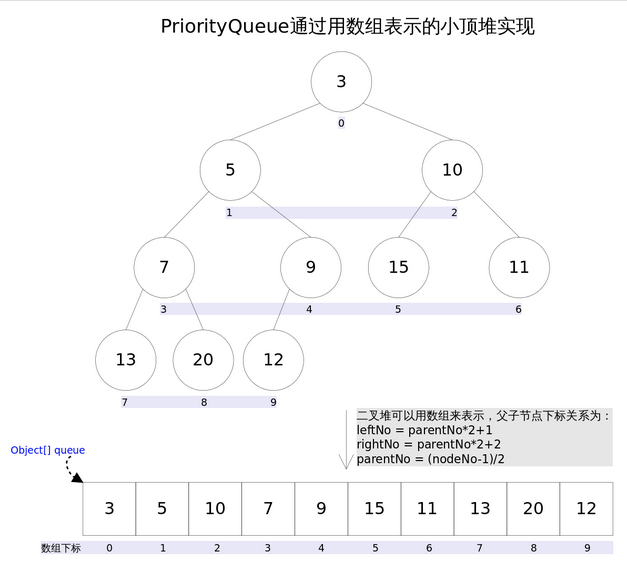 Taking the small root heap as an example, how to adjust the data: 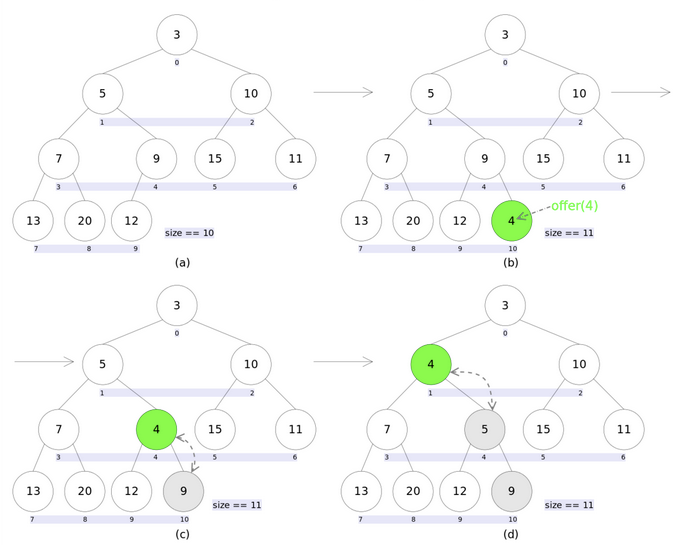 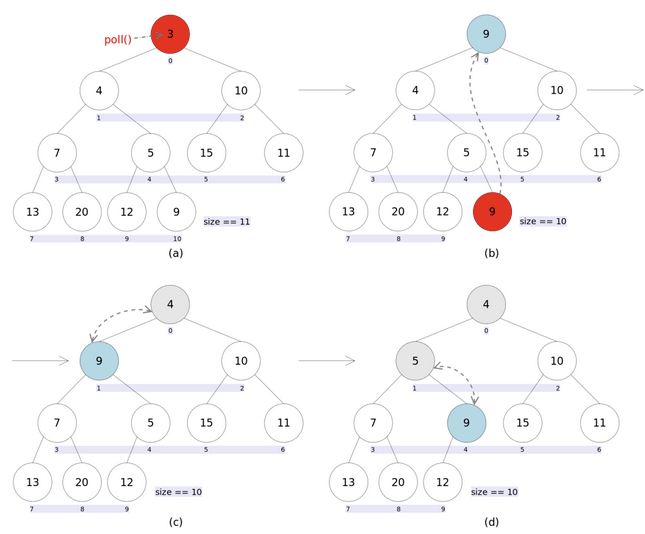 Because it is a small root heap and its top element is the smallest, the elements deleted are the top elements. In the process of deleting the top element of the heap, first record the position of subscript 0 and replace the element of subscript 0 with the last element. The current small root heap may be damaged. It is necessary to adjust the heap. Starting from the position specified by k, it will be exchanged with the smaller of the current left and right children layer by layer until x is less than or equal to any one of the left and right children.