When we use this variable in the future, we use it through its variable name A. It is optional to initialize variable a, but we recommend that we explicitly initialize it when creating variables.

In a computer, numerical values are always stored with binary complements. The highest bit of binary is the sign bit. 0 represents a positive number and 1 represents a negative number. Each binary number occupies 1 bit when stored, and 8 bits are a byte. Therefore, int variables occupy 32 bits. In addition to the sign bit represented by the highest bit, a total of 31 bits can be used to represent numbers.

If the result of the operation exceeds the maximum range of int, overflow will occur. In this case, we need to use a wider range of data types to define variables. Java provides long type

10 can also be used for initialization. The type of 10 is int, which is a type conversion. The assignment between variables of different numeric types means that types with a smaller range can be implicitly converted to types with a larger range, otherwise it can't. the type we write 10L / 10L (both case and case) is long, which makes the assignment better. In order to distinguish between lowercase L and 1, We usually use the capital letter L.

In java, the value of int type divided by int type is still int value, and the decimal part will be directly discarded

If you want to get 0.5, you need to use the double type for calculation

If we calculate this way, the theoretical result should be 1.21. In fact?

Float type takes up four bytes in Java. Generally, double is preferred when floating-point numbers are used in engineering, so float is not recommended. The same as double is that 2.0f / 2.0f (both case and case) added after assignment is optional, but it is still recommended.

Byte type also represents an integer, accounting for only one byte, with a small representation range (- 128 – + 127). Although this type is similar to the name of character type, they are completely irrelevant.

short takes up 2 bytes and represents a data range of (- 32768 - + 32767). This representation range is relatively small and is generally not recommended.

Unlike the above types, String is not a basic type, but a reference type

The combination of characters is called string. In Java, double quotation marks and string are used to represent the literal value of string, that is, "abcdef" represents string abcdef

**String splicing: * * you can use + to splice strings

What happens when strings are added to other types of variables?

It can be seen that when there is a string in the + expression, addition with other types is performed in the form of string

The scope of a variable refers to the scope within which the defined variable can play a role, which is generally within the code block (curly braces) defined by the variable.

Obviously, variable b cannot be used outside the scope of variable b

It is strongly recommended that:

Constants are mainly embodied in the following two forms:

Constants cannot be modified while the program is running

As a strongly typed programming language, Java teaches strict verification when variables of different types are assigned to each other. Examples are as follows:

Assigning values between variables of different numeric types means that types with smaller ranges can be implicitly converted to types with larger ranges, and vice versa.

When using literal constant assignment, Java will automatically perform some checks and verifications to determine whether the assignment is reasonable. This also explains why we will not report an error when using int literal constant to assign values to byte s and short with a smaller range.

In the above example, after the assignment, 10.5 becomes 10, the part after the decimal point is ignored, and the int type cannot be forcibly converted to boolean type.

Byte and byte are of the same type, but compilation errors still occur because although a and b are both bytes, calculating a+b will first promote both a and b to int, and then calculate. The result is int. at this time, assigning the result of int to c will cause the above error

Since the CPU of the computer usually reads and writes data from the memory in units of 4 bytes, for the convenience of hardware implementation, types less than 4 bytes, such as byte and short, will be promoted to int first, and then participate in the calculation

Conversion between int and String types

We have talked about the principle of method 1 when analyzing the String type. We can remember method 2 first. We will understand it later

Change the method, we can remember first, as we learn later, we will understand!

Because the rules are relatively simple, we will not repeat too much, but only explain the parts that need attention

The rules are as follows

The expression return values of relational operators are of boolean type

&&And | observe the rules of short circuit evaluation

Bit operation refers to binary bit operation. In computers, binary is used to represent data (sequence composed of 01). Bit operation is based on binary bit
Each bit is calculated in turn

The result output here is - 8, which involves some knowledge of the original code, inverse code and complement of the computer during calculation. It is not repeated here. If you are interested, you can understand it by yourself

Operators have priority. We don't have to remember the specific rules, and I won't repeat them here. When writing code, we can add parentheses according to our own operation logic. 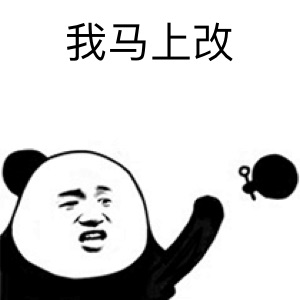 The above is the whole content of this article. In view of the author's limited level, the article may make mistakes. I hope you can criticize and correct more!