Non blocking queue: in juc, the non blocking queue provided is implemented through CAS, that is, if the queue fails to join, CAS spin will be performed. Instead of blocking, enter the condition queue

In the blocking queue, I am familiar with ArrayBlockingQueue and LinkedBlockingQueue, so take these two as examples to learn 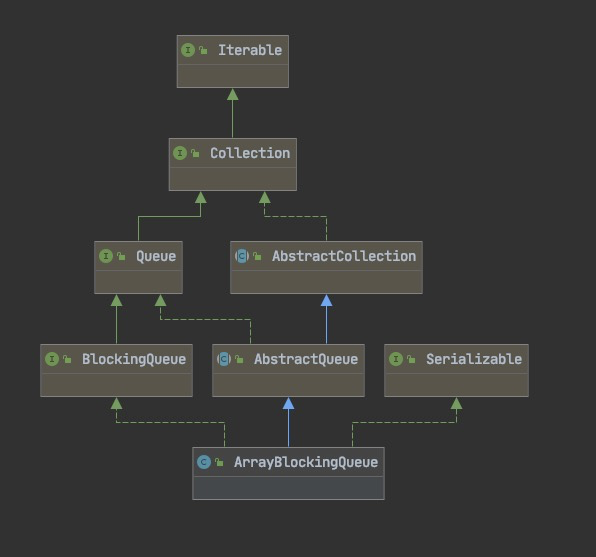 Out of the team source code

In this way, the efficiency is greatly reduced, so the linkedBlockingQueue is different

However, for the get() operation, if the linked list is empty, it will be blocked

These are two constructors. You can see that the value of capacity is integer without specifying the threshold MAX_ VALUE

Let's take a look at the source code of linkedBlockingQueue
It should be noted that for the linkedBlockingQueue, the offer queue operation will not block the thread. If the number of elements in the current linked list exceeds the threshold, it will return false. When the put method enters the queue, if the queue is full, it will call the await() method of condition to enter the condition queue, and the source code will not be pasted. The basic idea is the same

The non blocking queue is studied from the point of view of ConcurrentLinkedQueue. The so-called non blocking is simply to enter and exit the queue through cas. In this way, if multiple threads join the queue at the same time, cas will ensure that only one thread can cas. In this way, other threads will keep cas to retry. Here is a question:
Is there high blocking efficiency for this non-stop spin operation? I think if cas lasts for a long time, will it affect the CPU?

Let's first look at the source code of joining the team

It can be seen that when joining the queue, there are no operations such as locking and await like blocking the queue

Moreover, in the concurrent linkedqueue, the maintained node nodes are modified by volatile

And in the node node

It is also modified by volatile