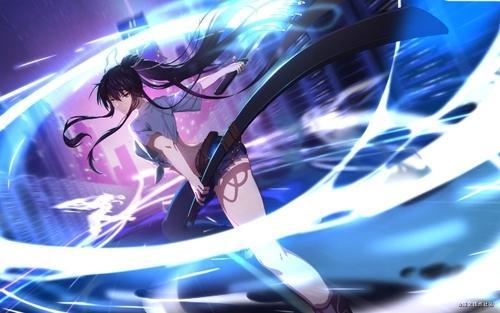 Recently, I'm very interested in compilers. Why should I learn the compilation principle? For me, it's because I need to write a DSL and an interpreter recently. For most programmers, learning compilers may have the following three aspects:

(1) Learning compiler design can help you better understand the program and how the computer runs. At the same time, writing a compiler or interpreter requires a lot of computer skills, which is also an improvement to the technology.

(2) Interview needs, the so-called "work screw, interview makes rocket". Learning compiler design helps to strengthen basic computer skills, improve coding literacy and better deal with the interview. After all, you don't know whether your interviewer is also interested in this.

(3) Work needs. Sometimes you may need to create some domain specific languages or invent a new language (this need is not too much). At this time, you need to write a compiler or interpreter to meet your needs.

The compiler takes the program written in a certain language as the input and produces an equivalent program as the output. Usually, the input language may be C + + or C + +. The equivalent target program is usually the instruction set of a certain processor, and then the target program can be run directly. The difference between interpreter and compiler is that it directly executes the code written by programming language or script, does not precompile the source code into instruction set, and it will return the results in real time. As shown in the figure below

There is also a compiler that translates one high-level language into another, such as converting php to C + +. This compiler is generally called source to source converter.

The goal of this blog series is actually very small. It is to use Kotlin to realize a small interpreter to carry out four operations of positive numbers. Because I am also in the learning stage, I can only get such a small function first, and then open a new one when the technology is improved. This series will only involve the concepts related to the front end of the compiler, such as lexical analysis, syntax analysis and abstract syntax tree, but not the code optimization and code generation related to the back end of the compiler.

The task of lexical analysis is to change the character flow into the word flow of the input language. Each word must be classified into a grammatical category, also known as part of speech. Lexical analyzer is the only one-time processing in the compiler that touches every character in the program. Here are some concepts to explain. For example, parts of speech. Liebi's usual language, we will say that "walking" is a verb, "running" is also a verb, "beautiful" is an adjective, "beautiful" is also an adjective. Here, verbs and adjectives are parts of speech, representing the classification of words. Another is morpheme, which is "walking" and "running", "Beautiful "Wait" is actually morpheme, that is, the specific word content, the actual text. The function of lexical analysis is to read the files in the source code according to the characters, and recognize the words according to the read characters to form a lexical unit. Each lexical unit is composed of the name of the lexical unit and the morpheme, such as < adjective: beautiful >, in which the adjective is the name of the lexical unit, which can be regarded as and part of speech Similarly, beauty is morpheme, and for the calculator we want to implement, it may be < plus, + >, < number, 9 >.

You can see that I have 8 tokentypes. 8 tokentypes represent 8 lexical unit names, that is, 8 parts of speech. EOF represents END OF FILE and the end of source file scanning.

The construction method is very simple. Calculate the assignment for tokenMap and nextChar

Look at the rest of the methods. In fact, only the getNextToken method exposed by the lexical parser is used to return the Token. Other methods are private to assist in returning the Token. In the getNextToken method, there is a while loop to judge whether the nextChar is null. If NULL, it means that the source file has been processed and returns the Token(TokenType.EOF, TokenType.EOF.value), Otherwise, judge whether the current character is a number. If it is a number, return Token(TokenType.NUMBER, getNumber()), where the getNumber method is used to obtain the digital content until nextChar is no longer a number. If nextChar is a space, skip the space skipWhiteSpce, and then continue the current cycle. If it is neither a number nor a space, get the corresponding TokenType according to tokenMap to see if it is an operation symbol or bracket. If it does not exist, it indicates that there are non number, four operation symbols and bracket characters in the input, and throw the error "Error parsing input".

Write the test code, print the corresponding token, run the code, enter the data in the code and press enter to view the results

So far, the lexical analyzer has been basically completed. In fact, the lexical analyzer still has many concepts, such as regular expression, and then the regular expression generates NFA. NFA uses the least subset method to generate DFA, and then the DFA generates the minimum DFA. There are many concepts, but I think too many concepts will confuse people. It's better to start with simple examples and gradually deepen understanding, Familiar with concepts

Welcome to my official account: "old arsenic on skateboards".