Software installation is a necessary function of the system. Naturally, Linux also has it. Linux installation has two ways: rmp and source code.

RPM installation can be divided into two parts. One is the RPM command itself to install rpm. Another one is installed through yum, which is a package manager at the front end of the shell, almost managed by RPM packages.

Although this installation method is mentioned, it is not recommended, because it will prompt you that you lack an associated software, but the prompt is not obvious. Unless you are an old hand, it will be very urgent to use.

This is just a part of the parameter command. After all, many users are more accustomed to using yum.

Now let's look at some parameters and their meaning.

Therefore, it is enough to understand rpm. For example, only rpm is provided during work, and the user knows how to install it. 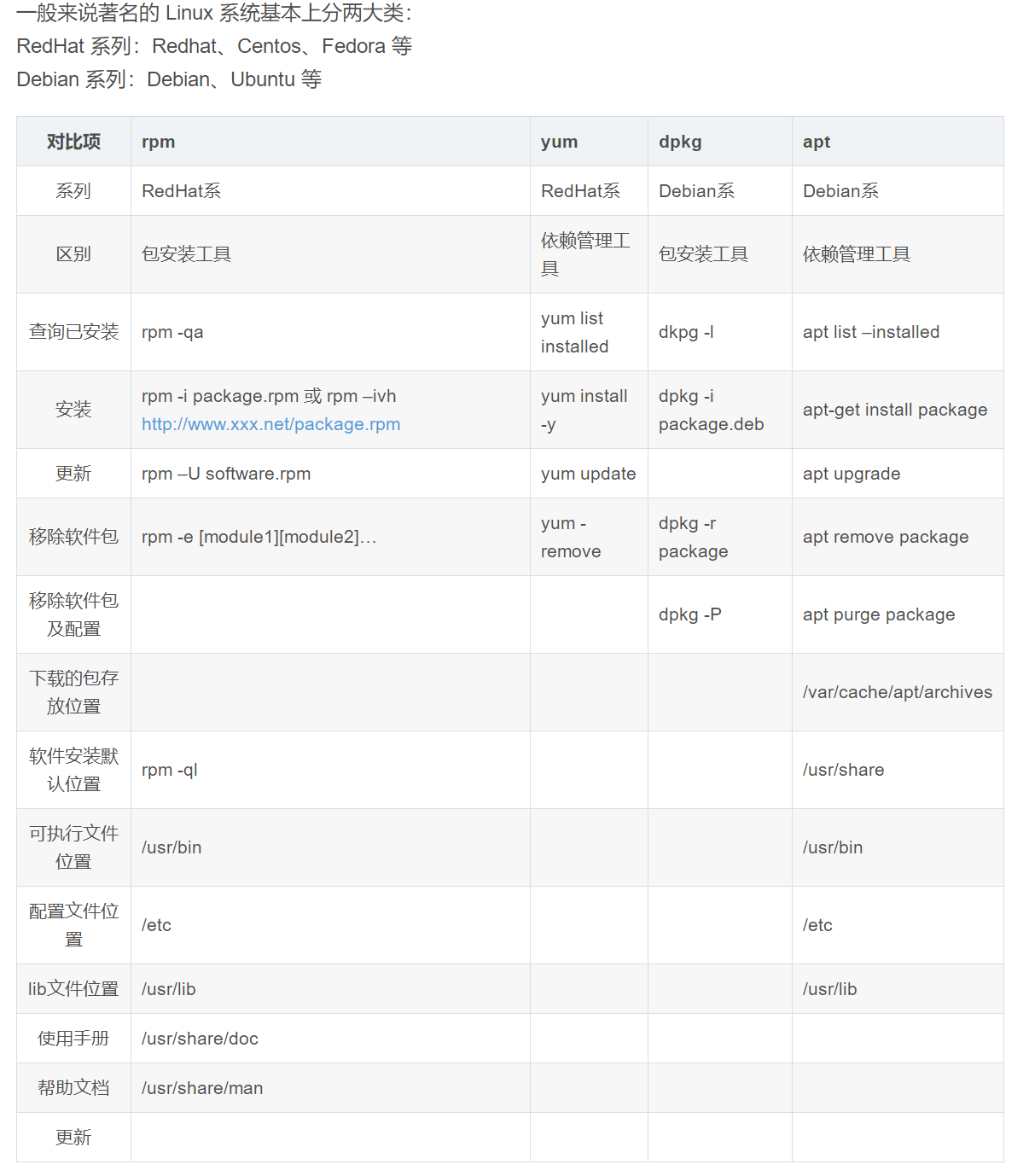 yum can be understood as the official rpm package collation of redhat, and will also check whether other dependent packages need to be installed.

It's as follows: I'm too lazy to uninstall. Because it's installed, this appears, as shown in the following figure. What should be more concerned is that python is version 2.7 and the prompt is the latest. It can be seen that although yum is more convenient than rpm, it has one

Many times, if you install the latest software, you need to download the compressed package from the software official website and then process it.

Because the default server of yum is foreign, and sometimes the download in China is very slow, there are many resources in China, such as Netease, Tsinghua and Alibaba.

In order to facilitate downloading, sometimes we need to modify it into domestic resources

The configuration file is: etc/yum.repos.d/CentOS-Base.repo

wget is a free tool for automatically downloading files from the network. There are two most commonly used tools:

First demonstrate some by installing nginx. Let's do a demonstration.

The official website will give you a help document to tell you how to install it. If you want to know more, you can see some README

Next, install jdk, myql and ide separately for demonstration.