[Linux] deeply understand Shell usage, from getting started to mastering

Tips:
The GNU Project is a free software, mass collaboration project that Richard Stallman announced on September 27, 1983. Its goal is to give computer users freedom and control in their use of their computers and computing devices by collaboratively developing and publishing software that gives everyone the rights to freely run the software, copy and distribute it, study it, and modify it. GNU software grants these rights in its license.

In 1984, Sturman began the GNU program. The purpose of this program is to create a free and open UNIX operating system (Free Unix).

Tips:
GNU's not Unix!
GNU is not Unix! So what is GNU? GNU's Not Unix But infinite cycle! Busy~ 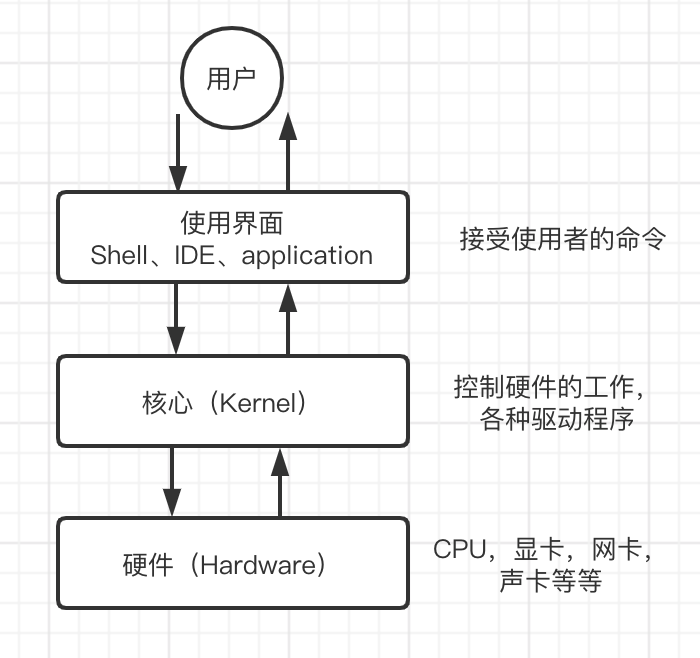 Important:
We must communicate the instructions we input with the Kernel through the "Shell" so that the Kernel can control the hardware to work correctly.

We can find that the application is actually in the outermost layer, just like an egg shell, so it is called a shell!

be careful:
Any interface that can operate the application program can be called a shell program.

There are many versions of shells, such as Bourne SHell (sh), the default C SHell in Sun, TCSH, zsh and so on. Each Shell has its own characteristics. Bash Shell is an enhanced version of Bourne Shell and developed under the GNU based architecture!

How many Shells are available on your Mac? Use the following command to check:

At present, Bash Shell is used by default in most daily life. We can man bash on the computer

Tips:
Bash is a Unix shell and command language written by Brian Fox for the GNU Project as a free software replacement for the Bourne shell. First released in 1989, it has been used as the default login shell for most Linux distributions.

Bash was released as early as 1989, which is used to operate the basic interface of the operating system. What are the advantages of bash:

shell script is a "program" written by using the functions of the shell. This program uses plain text files. It can also be seen as a batch file or a program language, and because they all use shell and related tool instructions, they can be executed without compilation.

My own shell script is stored in / Users/sunquan/Library/shell and configured in the PATH of the system. When using script commands, the system can automatically find and execute relevant commands in this directory.

Important:
1. The first line #/ bin/bash declares the shell name used by this script, which must include. When the program runs, you can load the relevant environment configuration files of bash
2. The execution result of an instruction can use $? This variable to observe. Therefore, exit 0 means that a 0 is returned to the system after leaving the script. Then, if echo $? Then you can get the value of 0

Important:
1. The shell does not have an explicit keyword to define the data type
2. The same type can be added, otherwise an error will be reported
3. The integer and string cannot be added

Important:
1. array is defined as above
2. $array outputs the first element and obtains the value through arr[index]. The operation does not output
3. The functions of ${array [*]} and ${array [@]} are the same

Tips:
1. let is used to execute one or more expressions without the $symbol