however, there are differences between the two functions. The function call is shown in Figure 2.1 below. 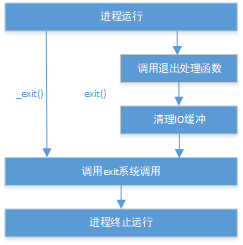 it can be seen from figure 2.1_ The exit() function is used to directly stop the process, clear the memory space it uses, and clear its various data structures in the kernel; The exit() function wraps these bases and adds an operation before exiting.

exit() function and_ The biggest difference of the exit () function is that before terminating the current process, the exit () function checks which files are opened by the process and writes the contents of the file buffer back to the file, which is the expression of "cleaning the IO buffer" in the figure.

in the standard function library of Linux, there is an operation called "buffered IO(buffered I/O)", which is characterized by a buffer in memory corresponding to each open file.

this technology greatly increases the speed of file reading and writing, but it also brings some troubles to programming. For example, some data that are thought to have been written to the file are actually stored in the buffer because they do not meet specific conditions. It is used at this time_ The exit() function closes the process directly, and the data in the buffer will be lost. Therefore, if you want to ensure the integrity of the data, you'd better use the exit() function.

in actual programming, you can use the wait() system call to receive the return value of the child process, so as to carry out different processing according to different return values.

exit() function and_ The exit () function is two simple and serious functions, and return is also a serious keyword. The following three example programs are sufficient.

after simple compilation and operation, you can see the operation effect, as shown in Figure 3.1 below.

after simple compilation and operation, you can see the operation effect, as shown in Figure 3.2 below.

after simple compilation and operation, you can see the operation effect, as shown in Figure 3.3 below.

well, it's not easy to summarize and write without much nonsense. If you like this article or it's useful to you, please use your little hands to help you praise it. Of course, it's better to pay attention to a wave. Well, that's it. Mmda (* ~ 3)( ε ￣ *). 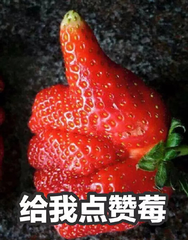 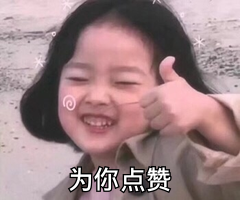