1, Task_ A preliminary interpretation of struct

Open the header file in the directory of the include file. task_ The struct structure is located in the sched. H header file/ include/linux/sched.h

schde.h shows the full picture of pcb in the kernel. There are many fields involved. Here we only focus on the pcb itself, and some fields that can reflect its structure. 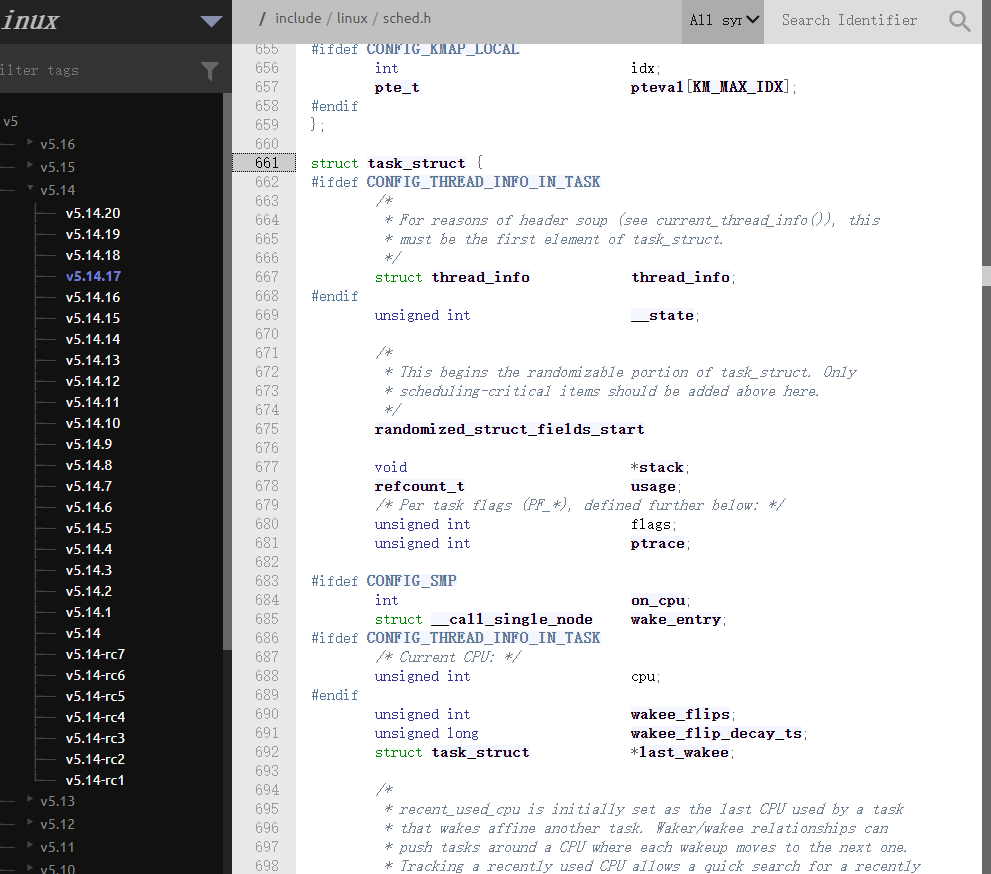 First, look at the first field state, that is, its status information,

Next is its kernel stack * stack

flags is the flag of the process

The ptrace field is used to implement breakpoint debugging

Further down, we can see some priority information

prio is dynamic priority, static_prio is static priority, rt_priority is the real-time priority

Next, you can see the running information sched of the scheduler statistical process_ Info, which is also a structure

Next is the tasks field, which is a two-way linked list. It is this field that connects all processes together so that we can traverse the process.

Next is all the information of its linear address

Here is the kinship of the process

These two fields are used to record missing page statistics

This array is the name of the corresponding program

Next is its namespace

Further down, we can see that this is its signal descriptor

Further down, we can see that IRQ is its interrupt information

Record the IO count of the process

There are many fields in the back. You can view the blog in more detail https://blog.csdn.net/gatieme/article/details/51383272

Makefile files are as follows:

Some do not print total_vm, indicating that its mm field is empty, which is a kernel thread 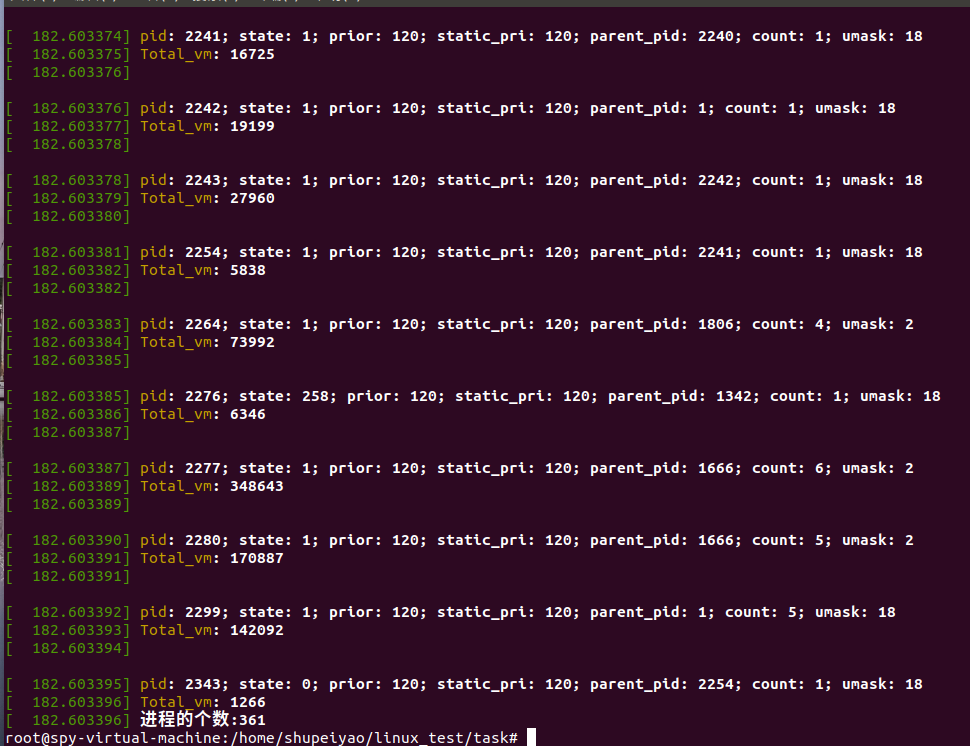 There are 361 threads in total

The above is to print tasks in the Linux kernel_ The contents of important fields in struct structure
If it helps you, please like it, pay attention to it or collect it~