I don't want to see it, but I can just go to the File Operation section.

Before learning Linux file operations, we need to have a general understanding of VFS

VFS is called a subsystem of the kernel. VFS provides a unified interface. To be supported by Linux, a specific file system must write its own operation functions according to this interface and hide its details from other subsystems of the kernel.

b) Accept user-level system calls, such as open, link, write, and so on;

d) Accept operating instructions from other subsystems of the kernel 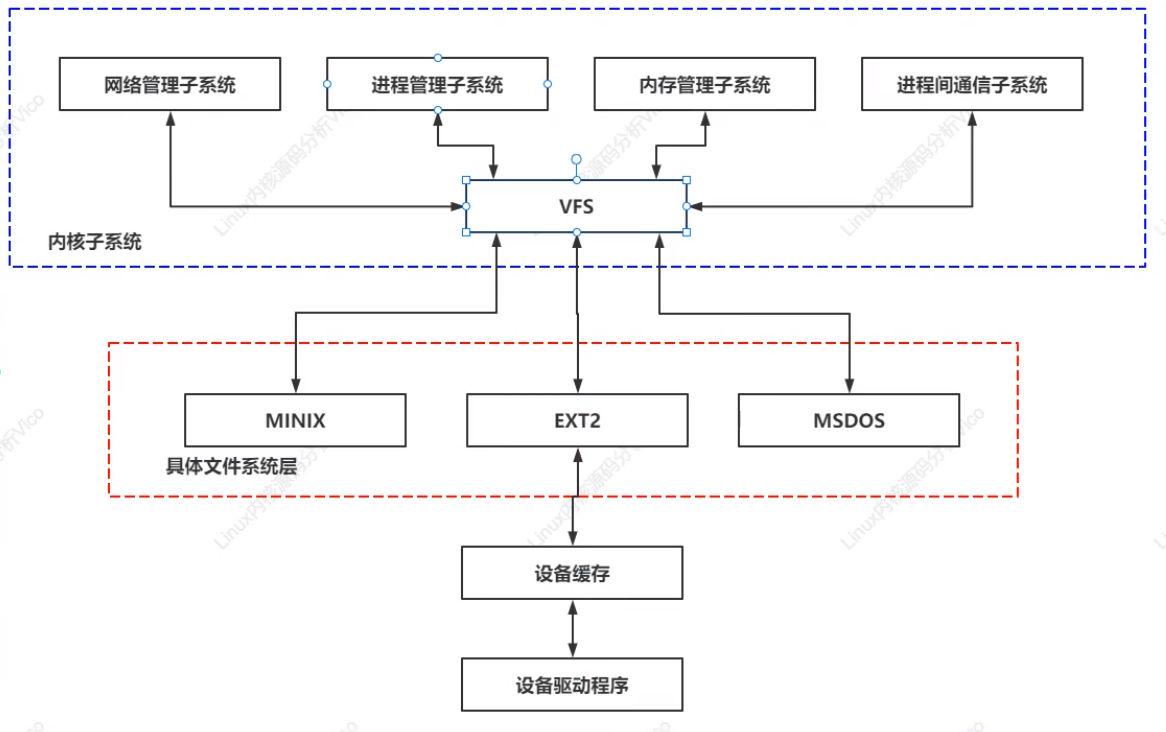 It should be enough to know so much in the current learning stage, and the following content has not been touched yet

View file information for the current directory as shown 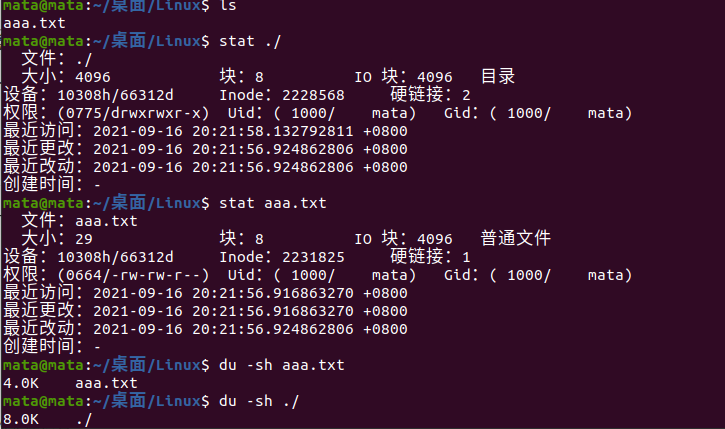 Blocks: The smallest unit of storage for a hard disk is called a Sector. Each sector stores 512 bytes (equivalent to 0.5KB). The size of a Block, most commonly 4KB, is when eight consecutive sectors form a block.

Permission: to (0664/-rw-rw-r-)For example, let's look at the following four groups of -r W-R w-r-, which are -r W-R w-r--. The first group, which represents the file type, for example, the first group of directories is d, which means directory, directory, the second group represents user rights, the third group represents group rights to which the user belongs, and the fourth group represents other rights. The last three groups mainly contain three rights, which are R W-R w-r--.X, means readable, writable, executable. The preceding number is a representation of the following permissions. r stands for 4, w for 2, x for 1, so 4 is r-x, 5 is r-x, 6 is R w-, 7 is r w x, and so on.

As shown in the figure, the 123.txt file no longer has any permissions. Now we want to add readable and executable permissions to the user, what else can we do except method one. We can avoid Chmod u+r 123.txt;Chmod u+x 123.txt. Instead, override permissions.
As shown in the diagram,

You can see that u=r x means that the user's permissions are overridden by r-x.

This is the permission to modify numeric methods

We can also use c-language code to implement query privileges:

The result is shown in the figure:

Before parsing, you need to know something about bit operations in C. You can see it in more detail C Language Bit Operations
Don't dwell here

fileAttribute.st_mode - Represents file permissions. If you understand the third way to modify permissions above, you should know that permissions are actually stored as numbers in this property. Note that mask=0700 is used in this code, and mask>=3 is used, so every permission comparison is performed with 7.

We analyze the for loop part of the code line by line:
First look at the first cycle, i=3.
What exactly does fileAttribute.st_mode & mask mean?
Let's take a file as an example and assume that it has permissions of rw-r---wx
So there are

If you already know what bits and operations mean, you should clear that bits and operations of 6 and 7 are converted to binary before they are compared.
First look at 6 and 7, 110 and 111. After comparison, the final result is still 110. Then look at the subsequent comparison, we can see that all of them are 000.
After comparing the results to 110,000,000 and then moving right, you get 110 by moving six bits to the right. That is, 6, when the subscript of the filePermissions array is 6, it is rw-.
Then the mask moves 3 bits to the right, changing the original 700 to 70. Continue the same operation until i=0.

Mainly remember the internal parameters, the structure members, and the corresponding functions.

Similarly, we find all the.c files that need to be escaped with \ when using * wildcards

Find files starting with 0 to 9

Find all normal files in the current directory 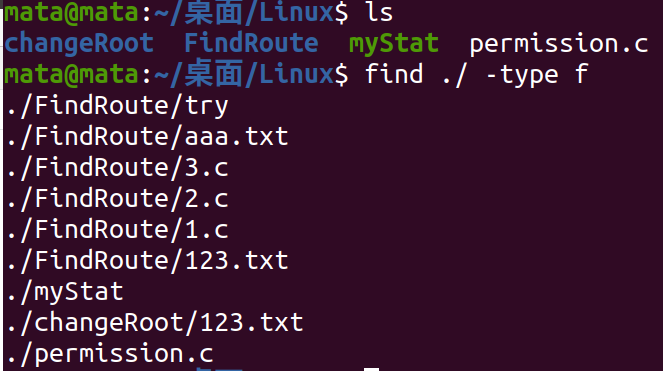 Find all directory files in the current directory

Previously written 22222 and 333333 in 2.c and 3.c of the FindRoute folder, respectively
We look up the contents of these two files in FindRoute's parent directory

Find the file containing the string'#include'in the current directory

You can see that there are two folders (blue) under the current directory, one executable (green) and one normal file (white).
Now let's compress the white file

As shown, the myStat and permission.c files are compressed together and the original file is not deleted

Because the original file has not been deleted, you will be asked if you want to replace it or rename it.

The handle here is an integer, not too complex to think about. It can find the corresponding file through VFS, pointing to several operations above.

In the process of input and output, the computer usually stores the data in memory first, then fetches the data directly from the memory. This reduces the direct operation on the hard disk and improves the processing speed of the computer.

An analogy is made: there are now manufacturers and buyers. Buyers go to the producers to buy goods, but the buyers buy much faster than the producers produce, so there will be a shortage of supply. In fact, here you can see that the producers correspond to the low-speed devices (hard drives, etc.) in the computer, and the buyers correspond to the high-speed devices in the computer.(CPU, etc.), and the mismatch between high-speed and low-speed devices can cause computer performance not to be fully released, so warehouses (memory) emerge, where buyers can buy other goods before they can buy them, then manufacturers can quickly put them in the warehouse and buy them when the next buyer arrives.

This is a comparison that people who want to know can help point out if something is inappropriate, but the general idea of a buffer is to store data between input and output devices so that high-speed and low-speed devices can work together to get the best performance.

The code logic is simple and has been explained in the comment, so don't override it

Let's look at it step by step
Open two terminals, one to run code, one to view the created

Since there is no buffer, the output is written directly to no_buf1.txt
**NOTE: **The world is not completely displayed here because only eight characters were written in the previous settings.

The result of the third run is no longer the same as the first run, only one hello is output
Before analyzing the cause, let's look at what msg2 is about:

So when we run it again and the program runs to fclose, the buffer refreshes again, and helloworld should output all of it. When we press enter again, we can see:

Sure enough, helloworld is all written to l_buf.txt
But let's look at what's in f_buf.txt

You can see that the content is empty because in the fourth step we set up a full buffer and did not refresh the buffer manually, it always existed in the buffer and would not be written to the f_buf file.

ps: In addition to fclose, you can use the fflush function to refresh the buffer.

With this code, you can get a general idea of the three buffers

I am just a beginner, if there are some problems, I welcome you to point out