Homebrew tool can be regarded as a package manager on mac, similar to yum for centos or redhat and apt get for ubuntu. Installing packages will automatically install dependent packages. Homebrew is a free and open source package management system to simplify the software installation process on mac OS and linux systems. It has many practical functions such as installation, uninstall, update, view and search. Package management can be realized through a simple instruction, which is very convenient and fast. Homebrew is mainly composed of four parts: brew, homebrew core, homebrew bottles and homebrew cask.

Installing homebrew requires only one command to view the website, https://brew.sh/index_zh-cn

Homebrew all the warehouse addresses of HKUST, search brew, https://mirrors.ustc.edu.cn

So many sources can be selected at will. It seems that some sources of Tsinghua University on the Internet can't be accessed now. You can collect the above sources for emergencies

After installation, execute the following command to verify whether the command is normal. The default installation location is / usr/local/Homebrew

The brew installation software downloads software from github by default, which is not very stable in China. We can change the brew download source to the domestic source to speed up the software installation process. Choose any one here, and I'll choose Ali's source. After all, large companies are not poor in money and the line is stable. The replacement source is to replace the default brew, brew core, brew cast associated warehouse and home brew pots binary package download address. 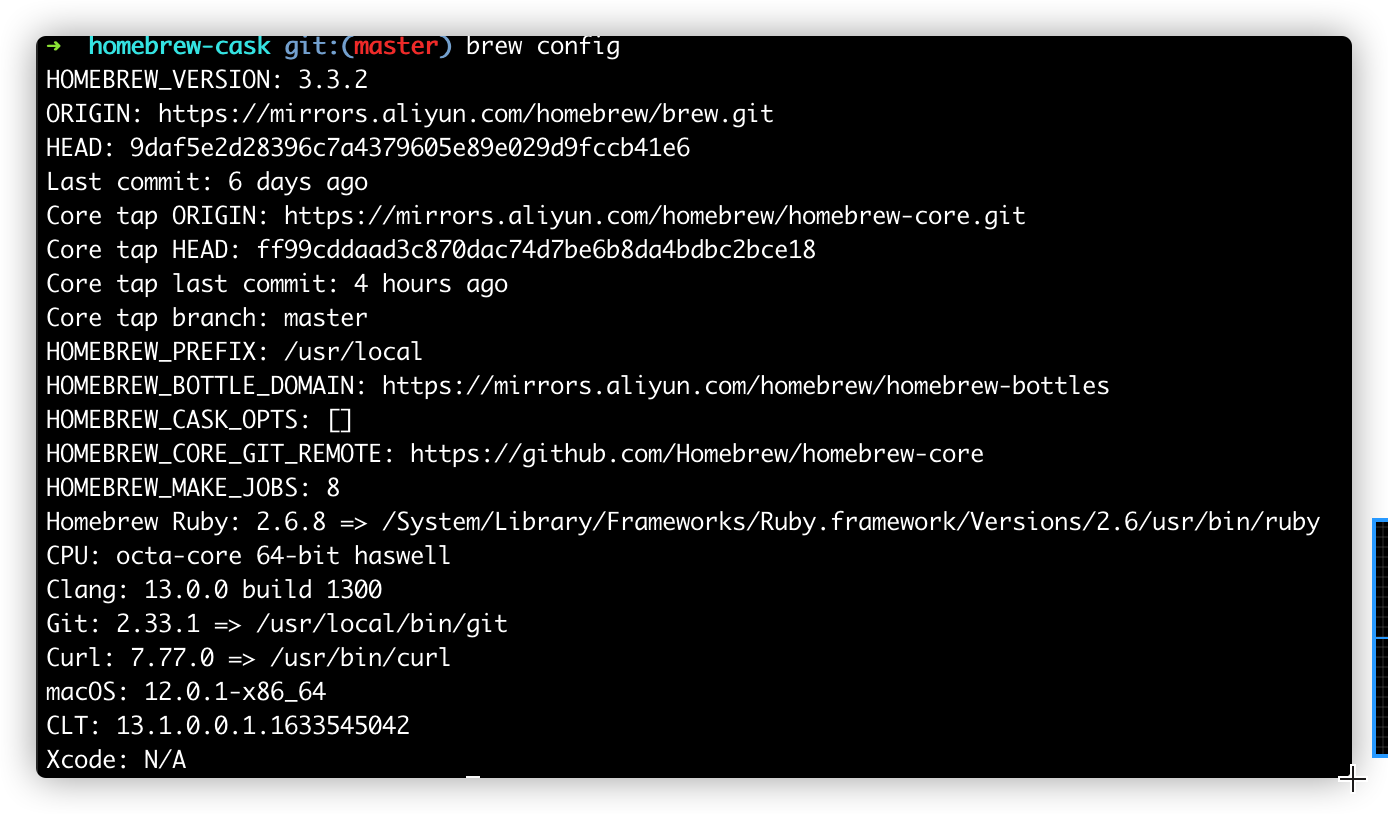