Recently, I learned a new content: JSON. After learning, I have a little concept. Write this blog to help me deepen my understanding. It's purely your own personal understanding. If there is any mistake, I hope you can point it out in time and forgive me.


First of all, we need to know something, what it is and what it is used for.

The following is the official introduction of JSON:
come from JSON Chinese website:

JSON(JavaScript Object Notation) is a lightweight data exchange format. It makes it easy for people to read and write. At the same time, it is also convenient for the machine to analyze and generate.
It is a subset of JavaScript programming language, standard ecma-262 3rd Edition - December 1999.
JSON adopts a text format completely independent of the program language, but it also uses the habit of C-like language (including C, C++, C#, Java, JavaScript, Perl, Python, etc.). These features make JSON an ideal data exchange language.

JSON is based on two structures:

An ordered list of values. In most languages, it is implemented as array, vector, list and sequence.

Generally speaking, it is an expression of data. We use such a format to express our data.

What is JSON used for?

Usually, JSON is used for data exchange between server and client.

class1 is a key, and its value is the array saved in brackets.
There are three objects in the array, which are also in the form of key value pairs.
In order to standardize and avoid errors, both keys and values should be in double quotation marks.
Don't add comments in JSON files, which will report errors.
Here is the JSON Chinese website Online editing tools , you can try it yourself.

1. We create a new web project.

I use Intellij IDEA. Personally, I feel that it is easier to use than eclipse and has a better user experience.
I won't post the specific operation. 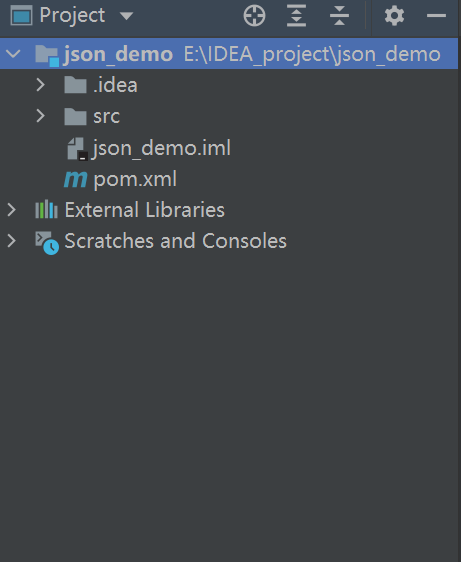 2. Create a JSON file with the suffix if json.

Here, a complete object is in braces, and the data saved between objects can be different. We give Zhang San a monitor position.

3. After creating it, we will use it.

The original name of JSON is JavaScript Object Notation. Let's use javaScript to operate it. Create an html file and write javaScript code.

We used json Stringify() converts a json object into a string, and the corresponding json Parse converts strings into json objects.
Note: when defining a string, use \ to escape, otherwise it will conflict, such as:

json itself is an object. In addition to directly defining the initialization method at the top, we can also initialize it in the form of an object, such as:

We said above that JSON is a format for data storage and transmission, which is commonly used for data interaction between server and client. Let's talk about JSON and JAVA.
We said that JSON was designed and used for javascript at first. Later, we found that it was easy to use. Gradually, other languages began to use JSON. Therefore, java engineers developed the JSON toolkit of java, which is used to convert JSON and java objects.

Fastjson is a commonly used json tool, and other tools include Gjson.

It can be used by introducing jar package or injecting dependency:
jar package: https://github.com/alibaba/fastjson/releases
Maven:

1. Create a new entity class on the project.

2. Then create the test class

What we converted above is a single object. Let's look at the array.

json toolkit can convert objects and collections of objects into string form, which is commonly used in Ajax.

Encourage each other and hope everyone's efforts will be rewarded.