Network programming in java (with explanation and exercise)

 the network class library provided by java can realize painless network connection. The underlying details of networking are hidden in the Java Native installation system and controlled by the JVM. And Java implements a cross platform network library. Programmers face a unified network programming environment.

 purpose of network programming: realize data exchange and communication with other computers directly or indirectly through network protocol.
 there are two main problems in network programming:
>How to accurately locate one or more hosts on the network; Locate a specific application on the host
>How to transfer data reliably and efficiently after finding the host 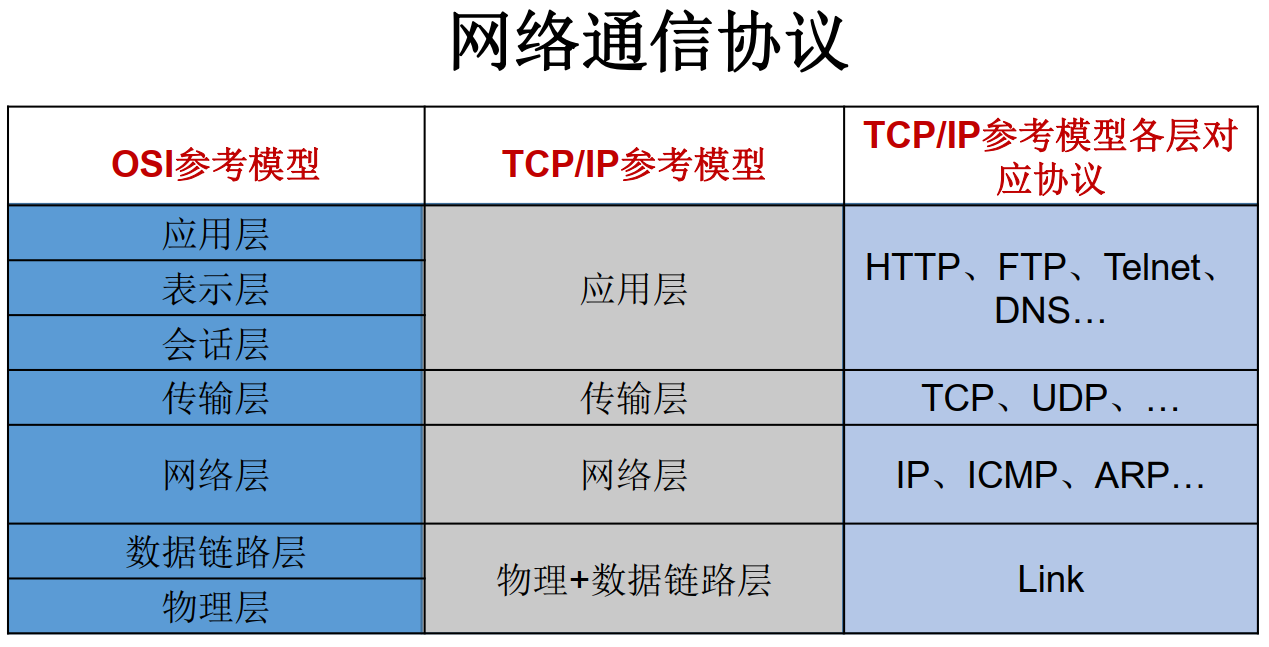 Some IP and port numbers are shown below.

 network communication protocol
There must be some conventions to realize communication in computer network, that is, communication protocol, and formulate standards for rate, transmission code, code structure, transmission control steps, error control, etc.
 problem: the network protocol is too complex
Computer network communication involves many contents, such as specifying source address and target address, encryption and decryption, compression and decompression, error control, flow control and routing control. How to realize such a complex network protocol?
 the idea of communication protocol layering
When making an agreement, break down the complex components into some simple components, and then combine them. The most commonly used composite method is the hierarchical method, that is, the same layer can communicate, the upper layer can call the next layer, and there is no relationship with the next layer. Each layer does not affect each other, which is conducive to the development and expansion of the system.

 there are two very important protocols in the transport layer protocol:

The working process of the client Socket includes the following four basic steps:
 create Socket: construct Socket class objects according to the IP address or port number of the specified server. If the server responds, a communication line from the client to the server is established. If the connection fails, an exception will appear.
 open the input / output stream connected to the Socket: use getInputStream() method to obtain the input stream and getOutputStream() method to obtain the output stream for data transmission
 read / write the Socket according to a certain protocol: read the information put into the line by the server through the input stream (but cannot read the information put into the line by itself), and write the information into the thread through the output stream.
 close the Socket: disconnect the client from the server and release the line

The client creates a Socket object
 the client program can use the Socket class to create objects, which will automatically initiate a connection to the server at the same time.

The constructor of the Socket is:
 Socket(String host,int port)throws UnknownHostException,IOException: initiate a TCP connection to the server (the domain name is host and the port number is port). If successful, create a Socket object, otherwise an exception will be thrown.
 Socket(InetAddress address,int port)throws IOException: initiate the connection according to the IP address and port number represented by the InetAddress object.
 the process that the client establishes the socketAtClient object is to send a socket connection request to the server

The following shows that some clients send information to the server, which displays the data on the console.

The following shows some clients sending files to the server, which saves the files locally.

The following shows some files sent from the client to the server, and the server saves them locally. And return "send successfully" to the client. And close the corresponding connection..

UDP network communication
 classes datagram socket and datagram packet implement network programs based on UDP protocol.
 UDP datagrams are sent and received through datagram socket. The system does not guarantee that UDP datagrams can be safely sent to the destination, nor can it determine when they can arrive.
 the datagram packet object encapsulates UDP datagrams, which contain the IP address and port number of the sending end and the IP address and port number of the receiving end.
 each datagram in UDP protocol gives complete address information, so there is no need to establish a connection between the sender and the receiver. It's like sending an express package.

The following shows some network programming of UDPd protocol.

URL class
 URL(Uniform Resource Locator): uniform resource locator, which represents the address of a resource on the Internet.
 it is a specific URI, that is, the URL can be used to identify a resource, and it also indicates how to locate the resource.
 through the URL, we can access various network resources on the Internet, such as the most common www and ftp sites. The browser can find the corresponding files or other resources on the network by parsing the given URL.
 the basic structure of URL consists of five parts:

 to represent the URL, Java Net. We can initialize a URL object through the following constructor:
 public URL (String spec): a URL object can be constructed through a string representing the URL address.

 after a URL object is generated, its properties cannot be changed, but these properties can be obtained through its given method:

URLConnection class for HTTP protocol
 URL method openStream(): it can read data from the network
 if you want to output data, for example, send some data to the server-side CGI (short for common gateway interface, which is the interface between the user browser and the server-side application), you must establish a connection with the URL before you can read and write it. At this time, you need to use URLConnection.
 URLConnection: indicates the connection to the remote object referenced by the URL. When establishing a connection with a URL, first generate the corresponding URLConnection object on a URL object through the method openConnection(). If the connection process fails, an IOException will be generated

Here is a brief introduction to some URL s.

Here are some URL network programming 2.

The difference between URI, URL and URN