The semaphore mechanism also has some disadvantages, that is, it is difficult to really use, because when the more complex synchronization problems and conditions we need to solve, the more semaphores we need. We need to handle the processing sequence between semaphores more carefully, otherwise it is easy to cause deadlock. 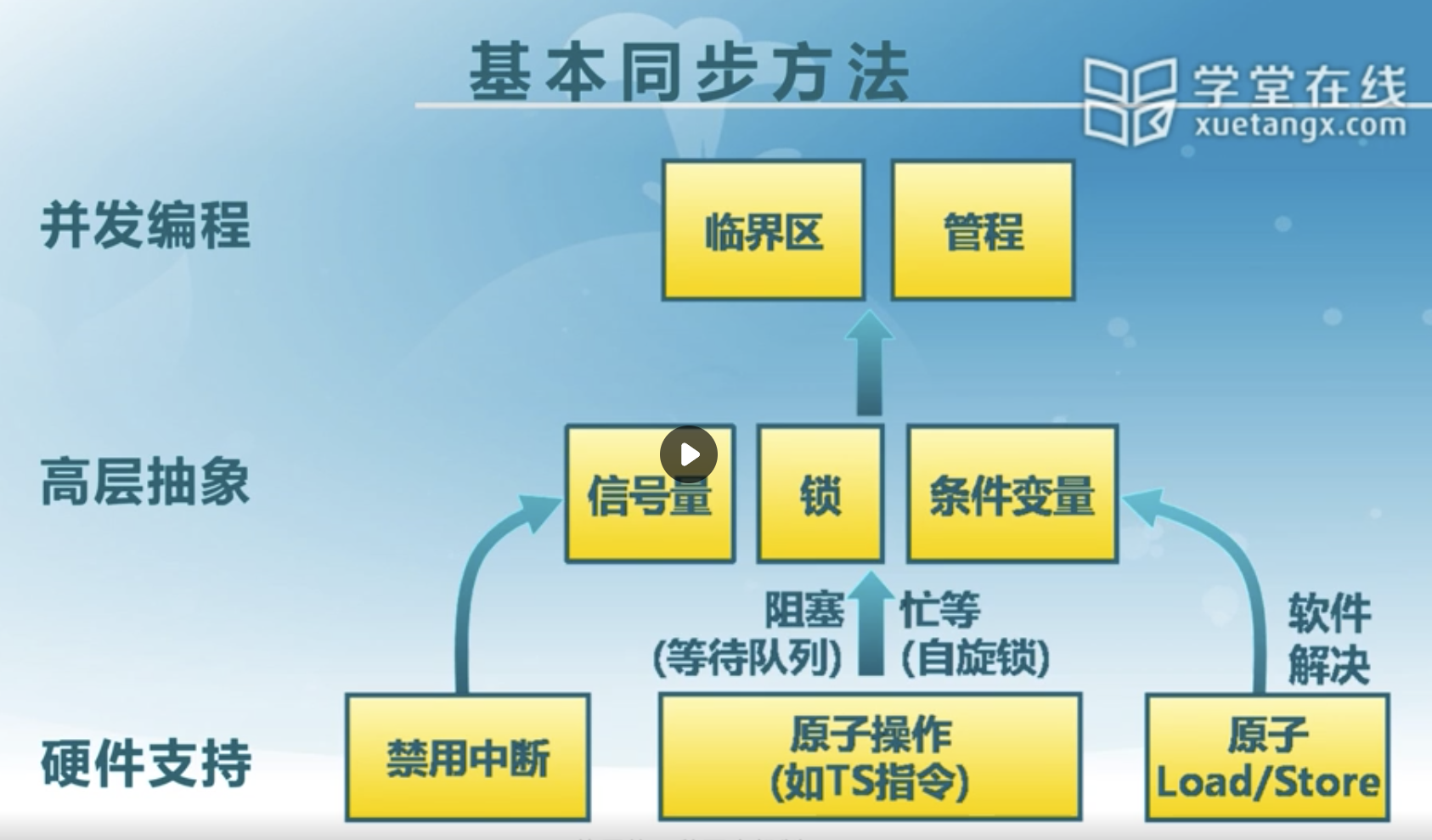 Tube to improve some troubles in the critical area of semaphore processing.

The p() v() operation of semaphores is dispersed in two different processes: consumers and producers. The pairing of pv operation is more troublesome and difficult.

Pipeline: centralize the paired pv operations to simplify the synchronization control between threads

How does the pipeline implement this waiting mechanism?

The process also has two operations on threads

Threads entering the process may be blocked and suspended in the waiting queue due to some resource constraints, so that they can not exit the process and occupy public resources. The condition variable classifies queues. 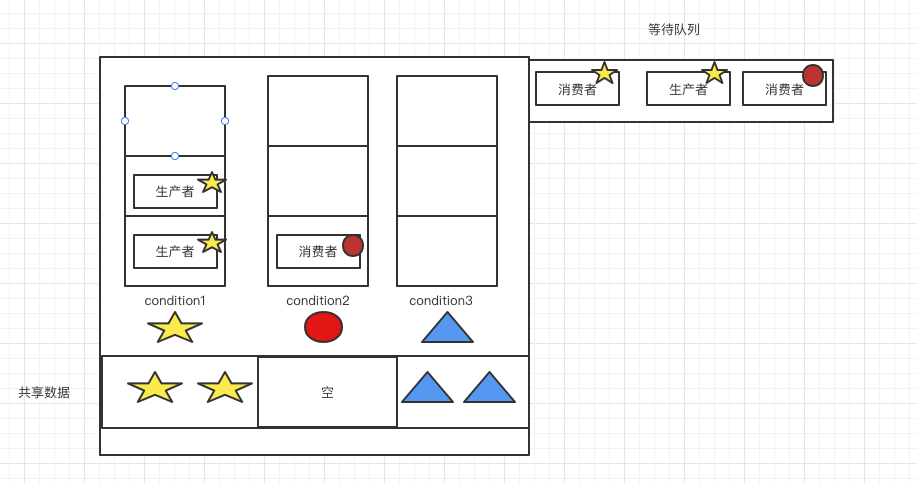 The circle resource is empty, and the circle consumer enters the waiting queue.

Compared with the semaphore model, the pipe model is easy to use. It can concentrate the operations of multiple synchronization conditions in one module, so as to simplify the difficulty of realizing the synchronization mechanism

Question: if the process T1 is blocked due to the X condition, when the process T2 performs the x.signal operation to wake up T1, the processes T1 and T2 are in the process at the same time. This is not allowed. How to determine which execution and which wait?

This problem is a choice problem, which can be handled in one of the following two ways: 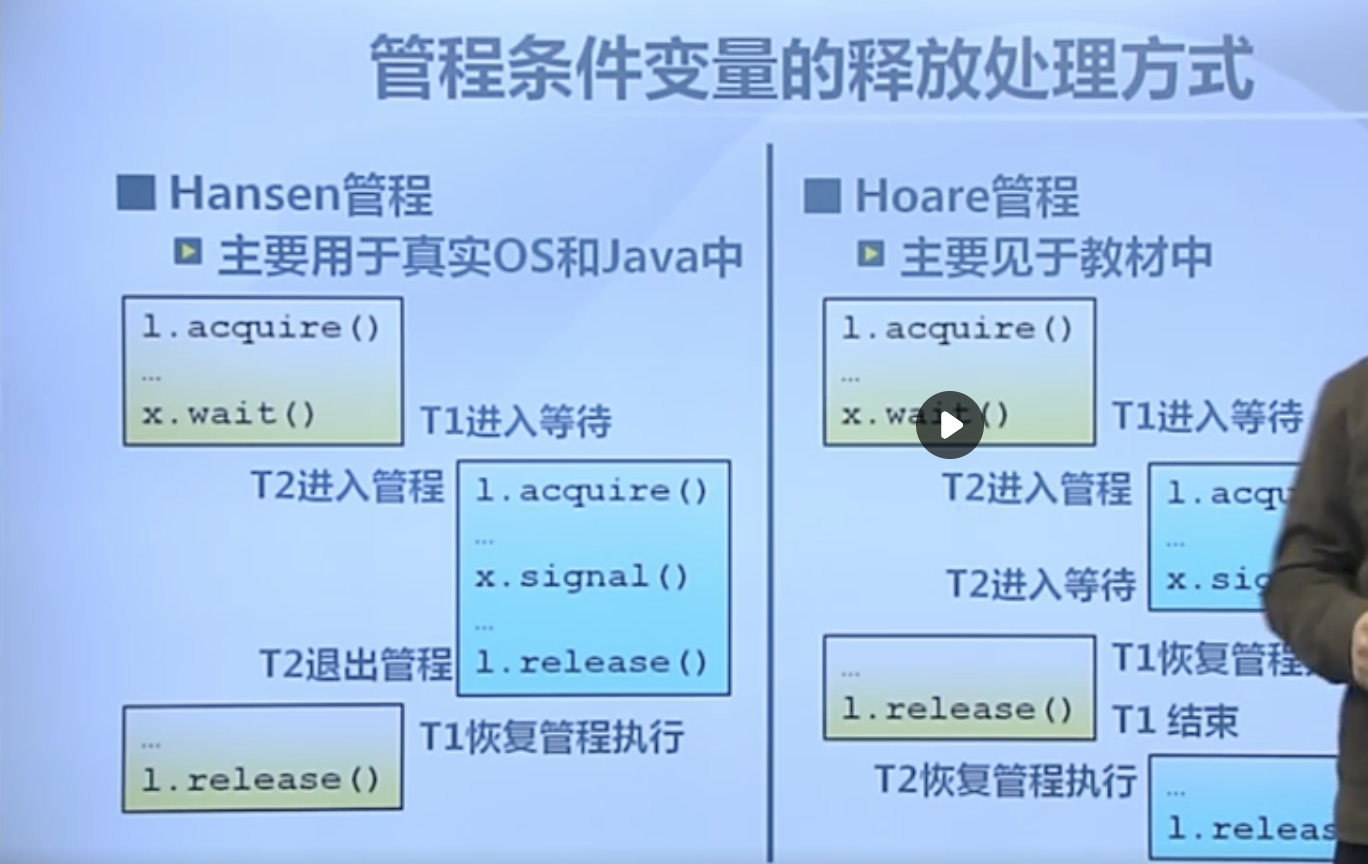 Reasonably speaking, Hoare's method is better, but there is an additional overhead of thread switching, so Hansen's method is still adopted in reality. It is more efficient.