In earlier learning, we learned that when a function passes a value to call a parameter, it uses a parameter.

A parameter is a temporary copy of an argument, and changes to the parameter do not affect the values in the argument.

A stack is a data structure.

In memory, there are three zones: stack, stack, and static.

Heap areas are mainly used for dynamic memory management and have been described in previous blogs.

The stack is the space allocated by the compiler to run the function.

Unlike heap space, which needs to be allocated manually, this part of space is managed automatically by the compiler, and stack frames of functions are created and destroyed automatically.

Common registers are eax, ebx, ecx, edx, among which ebp and esp are more special

Each function call creates a space in the stack

In fact, the main function is also called by other functions

The compiler first opens up a portion of space at the high memory address for mainCRTStartup and u tmainCRTStartup functions, which call the main function.

In VS2019, press F10 to debug, after the small yellow arrow appears, right-click to go to disassembly to open the display interface of assembly language in debugging 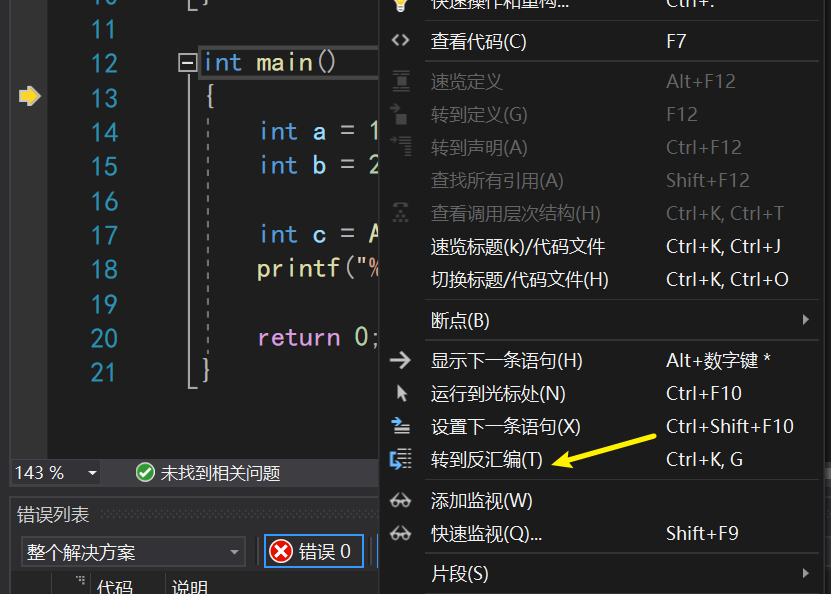 Let's start with the first part of the code, explaining it sentence by sentence 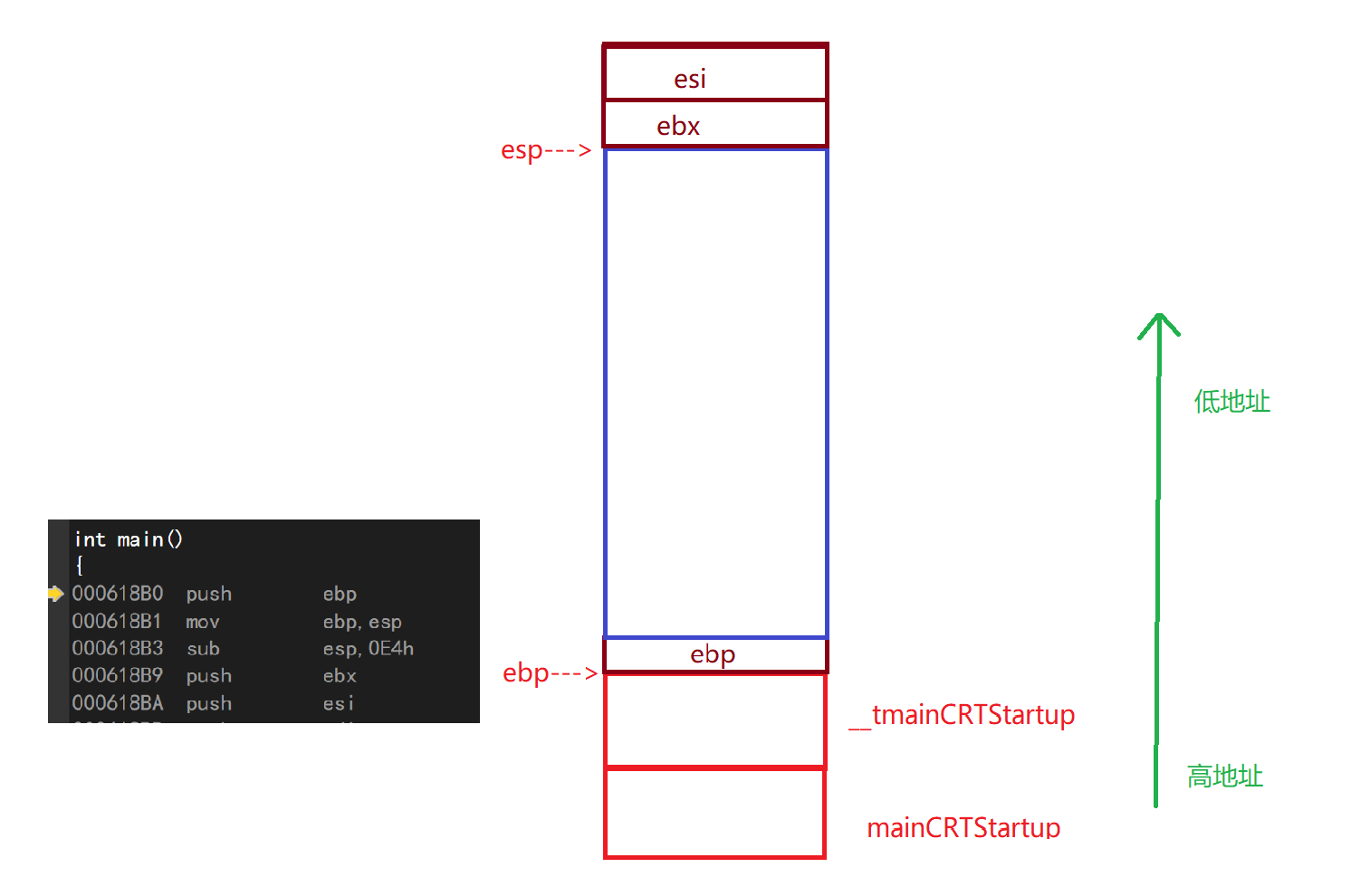 Press F10 down, after rep step, you can see that 36 bytes of data have been initialized to 0CCCCCCh 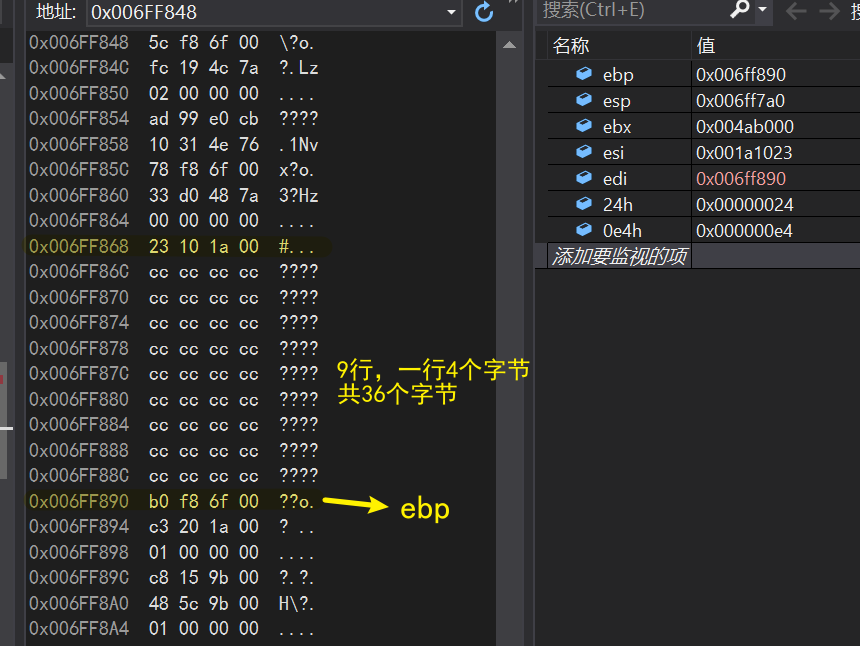 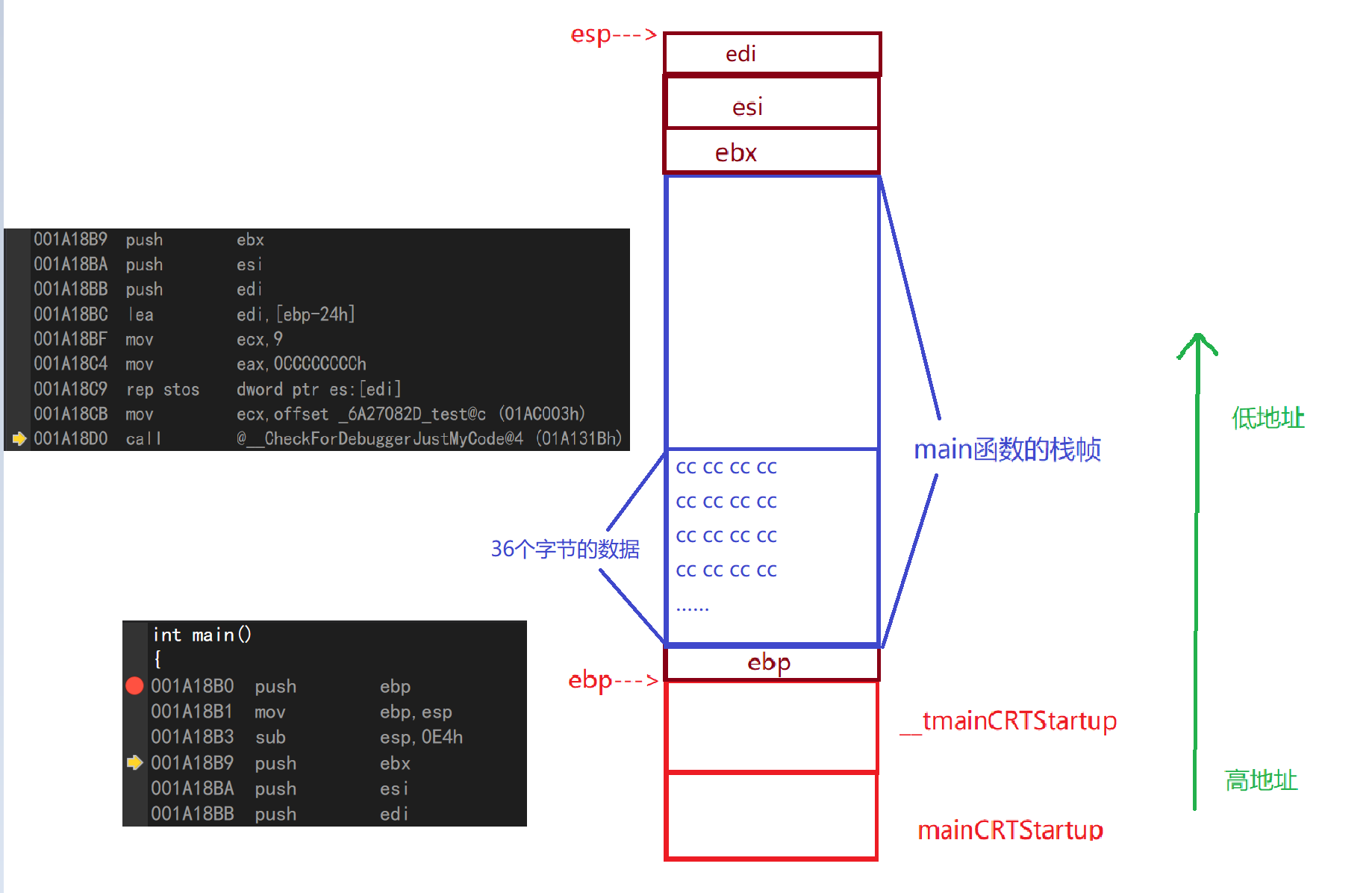 This last call is critical and will be used later 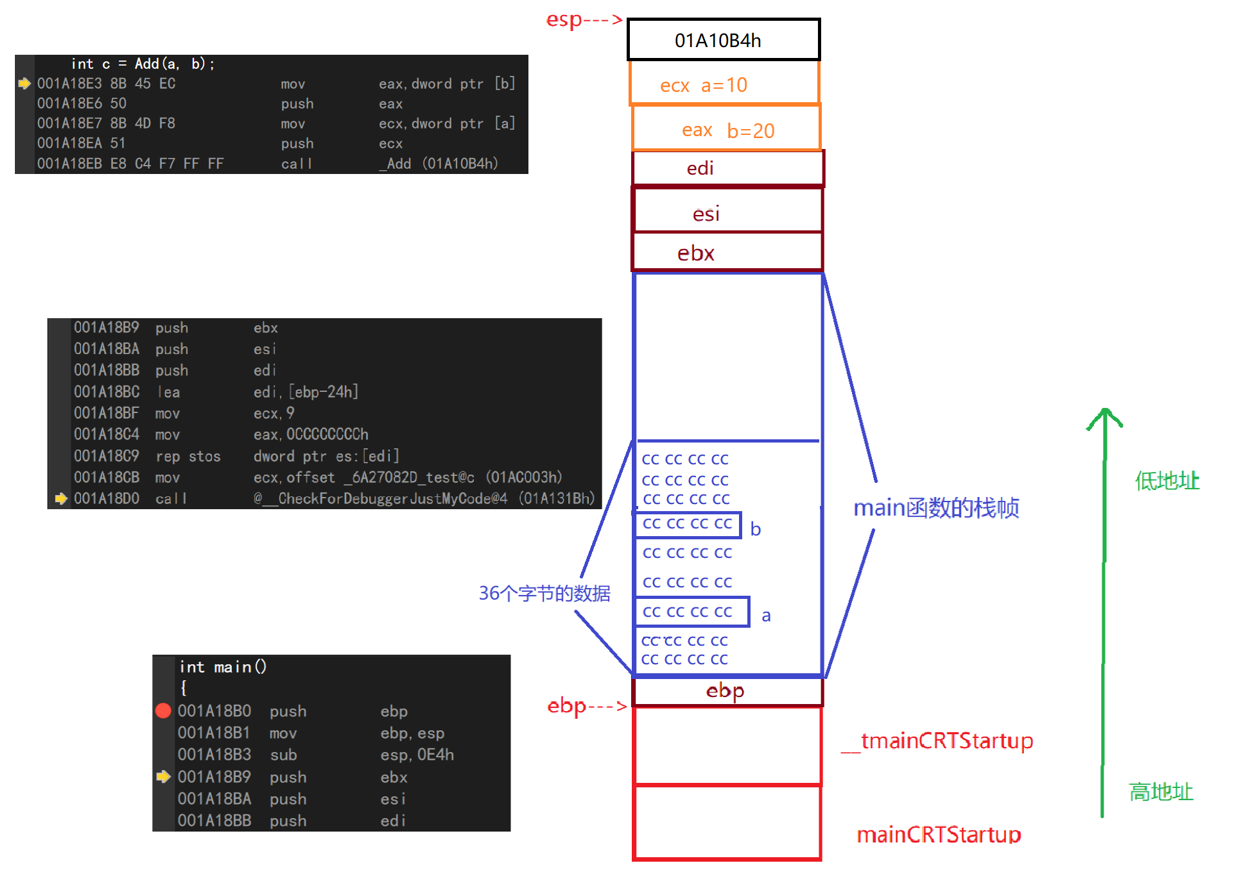 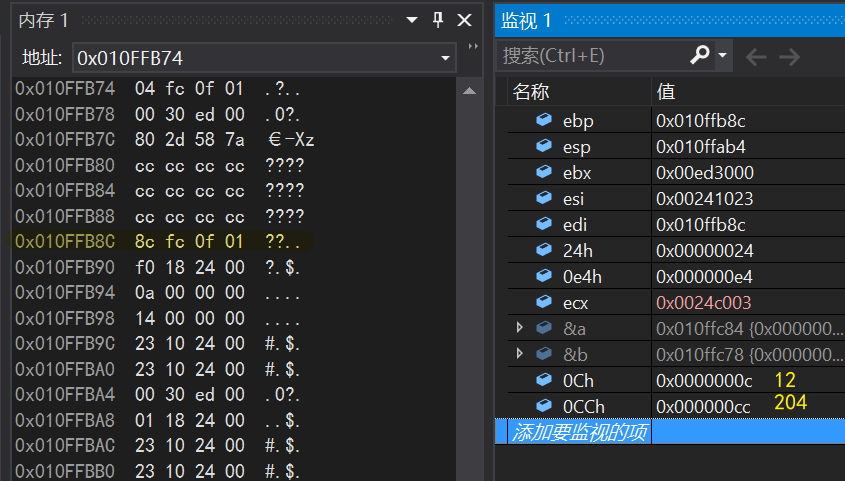 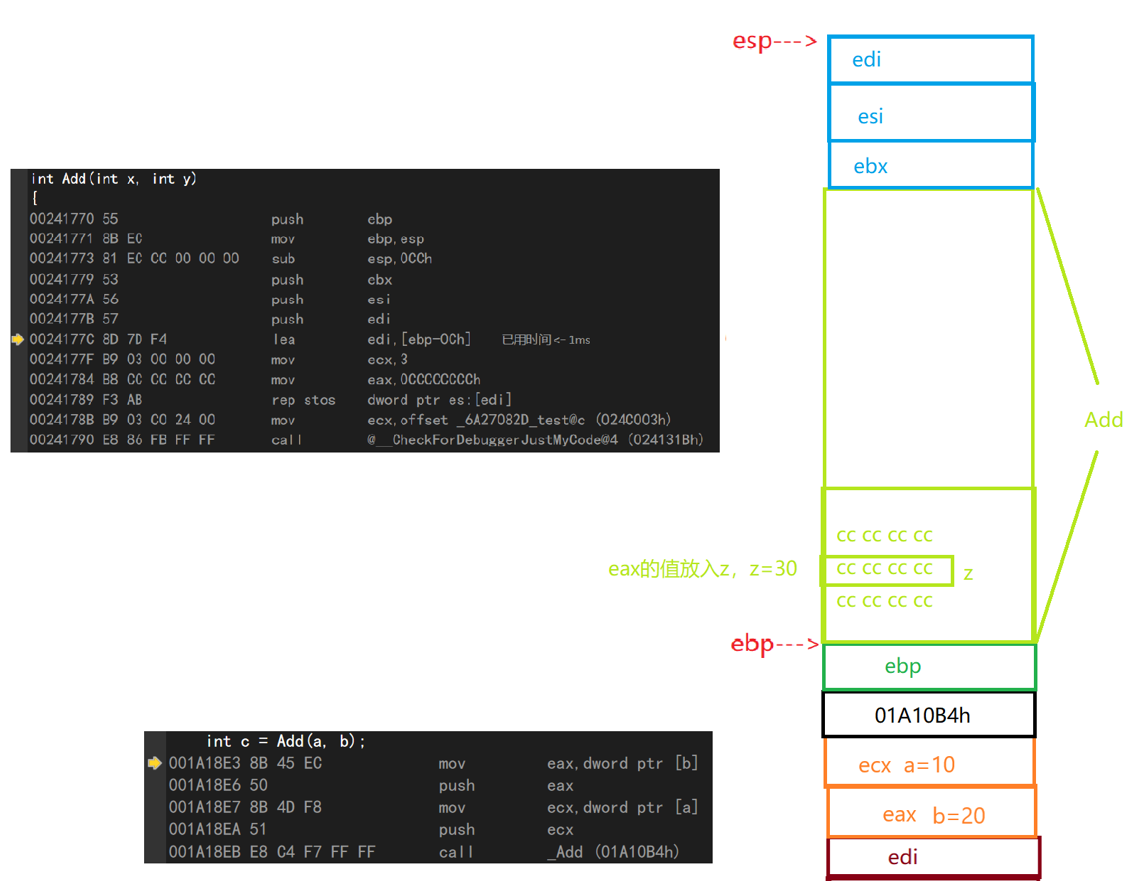 Continuing down, the register initializes the data at the Z address to zero 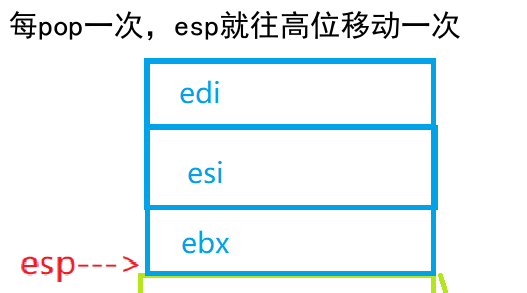 When the pop-up command is executed here 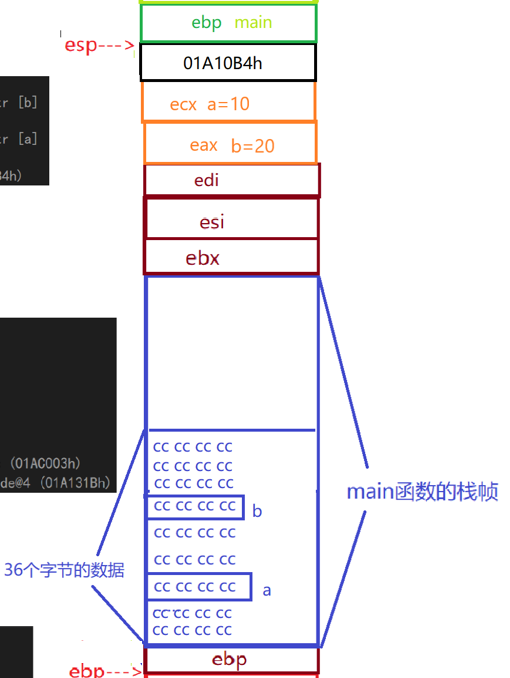 Call_mentioned earlier The Add (01A10B4h) command is very important. In fact, when the ret command is executed, the esp pointer points to the address of the next command for the call command stored on the top of the stack, and this address is also pop ped away.

Back in the debugging interface, you can see that the small yellow arrow does point to the next call instruction

This command means to add 8 bytes to the esp, that is, to move 8 bytes high.

In fact, this command is destroying our parameters 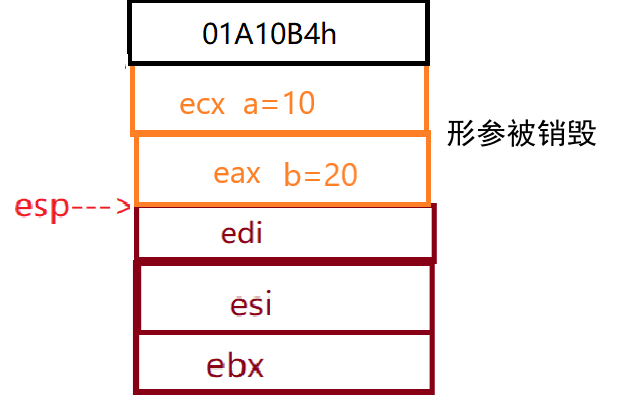 Here eax stores the return value of the Add function

Here we can draw a conclusion:

The return value of a custom function is returned to the main function through the register, an intermediate "variable".

Continuing down, you can see printf ('%d\n', c); After the statement, the compiler again put the value of variable C back to eax

In fact, this is where the printf function runs:

I was confused about this part and debugged the discovery again

After executing this command, esp returns to the address before printf was executed 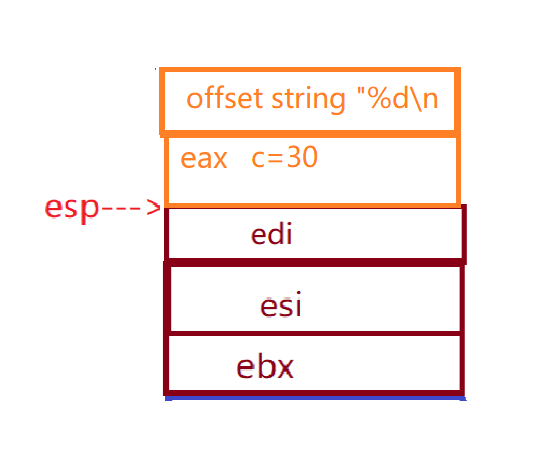 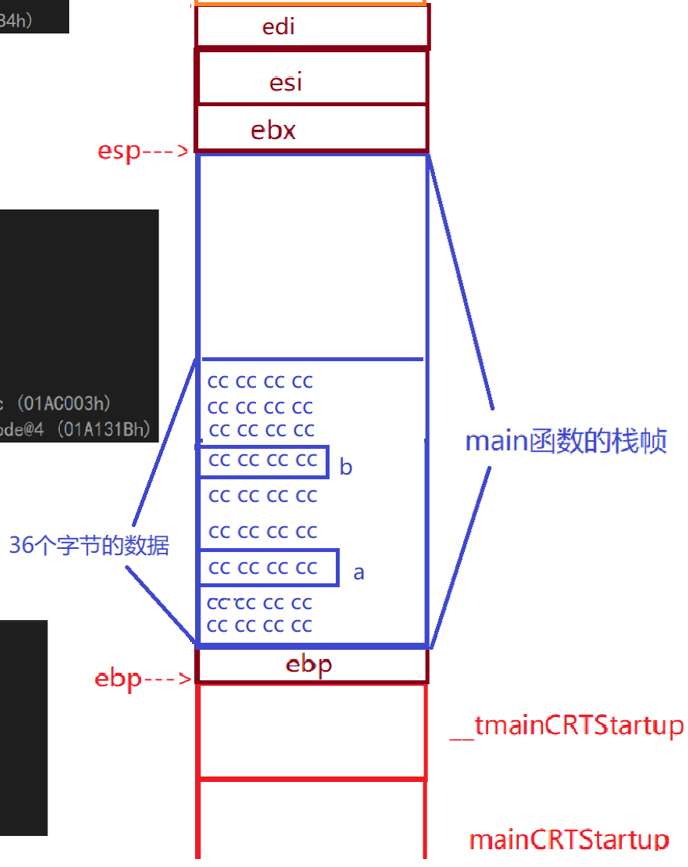 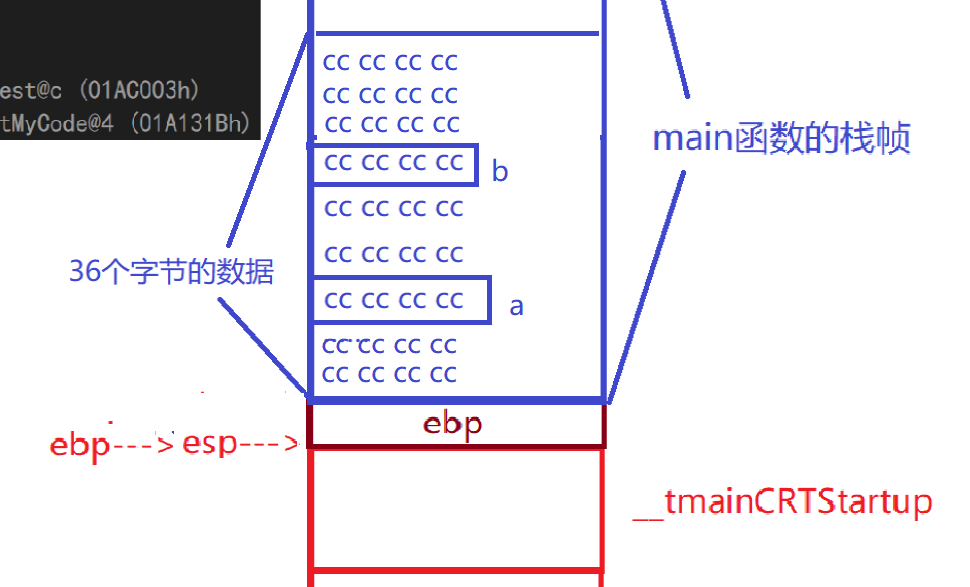 4. Summary of assembly language in this blog

By the time this blog was completed, it was already Saturday at 00:54 🌛

I've been writing for so long unconsciously since 19:20 on Friday

This part of the function call stack is a bit obscure. Writing this blog is a bit of a clarification.