Disadvantages: Although ps command is very useful in collecting process information running on the system, it also has disadvantages: it can only display information at a specific point in time.

By default, the top command sorts the processes according to the% CPU value at startup. You can use a variety of interactive commands to reorder when top is running.

Each interactive command is a single character. When the top command is running, you can change the behavior of top by typing:

The displayed information is as follows [the number of CPUs viewed by top under Linux is also the number of logical CPUs]:

The detailed explanation is as follows:

The second line shows the process profile - the process is called a task in the output of the top command: how many processes are in the running, sleeping, stopping or rigid state (rigid state means that the process has completed but the parent process has not responded).

The third line shows the summary information of the CPU. top divides the CPU utilization into several types of output according to the owner of the process (user or system) and the state of the process (running, idle or waiting).

In case of multi-core computing, the average value of all CPUs is displayed. Press the number "1" to monitor the status of each logical CPU.

The following lines show a detailed list of currently running processes, some of which are similar to the output of the ps command.

A thread will occupy CPU resources during execution. If other threads want to be executed, they must wait for the thread to give up CPU resources.

For a single processor core, although it can process thousands of instructions per second, it can only process one instruction (single thread) at a certain time. Hyper threading technology can turn a physical processor into two logical processors in the software layer, which can enable the processor to process more instructions and data (multiple threads) synchronously and in parallel at a certain time Hyper threading is a technology that can fully "mobilize" the temporarily idle processing resources inside the CPU.

The kill command signals a process through the process ID (PID). By default, the Kill Command sends a TERM signal to all PIDs listed on the command line.

To send a process signal, you must be the owner of the process or log in as root user.

The Kill Command supports ending a process by a process name instead of a PID. The kill command also supports wildcards. 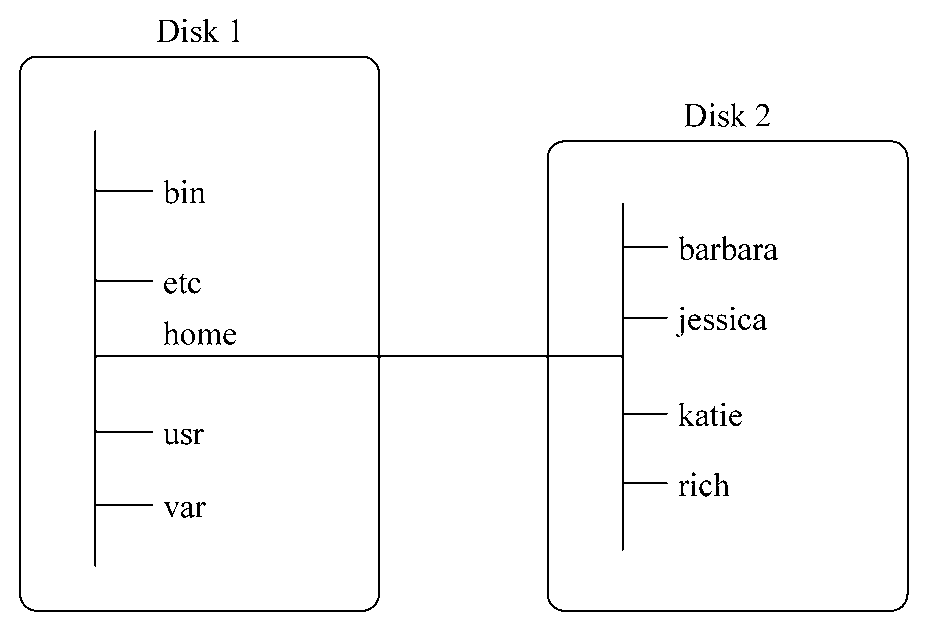 mounting: before using the new storage media, you need to put it in the virtual directory.

The mount command provides the following four parts of information:

Note: most U SB flash drives and floppy disks will be formatted into vfat file system. The data CD must use the iso9660 file system type.

After the media device is mounted to the virtual directory, the root user has all access rights to the device, while the access of other users will be restricted.

The command to unload the device is umount. The format of umount command is:

Check how much disk space is left on a device [. The output value of the df command displays the current value considered by the Linux system. It is possible that a running process on the system has created or deleted a file but has not released the file. This value will not be included in the idle space.]:

The output information is:

More concise display [display the disk space in the output in a user-friendly form, usually M instead of megabytes and G instead of gigabytes]:

3.4 du [ to display the disk usage of a specific directory (the current directory by default ]