I like turtle drawing, because a little change in the code will always bring unexpected surprises.

Some cases that make me excited are shared with you and cherished to myself.

The rainbow is so beautiful and moving that it spans from one end of the earth to the other, like a ring woven by flowers on the skirt skirt of the sky blue. Red, orange, yellow, green, blue, purple, how charming. It solidifies all the soft colors in the world in the sky. It seems to bring us into a fairy tale world, brilliant and dazzling.

This case will be divided into five steps to complete the drawing of the rainbow in the figure below. 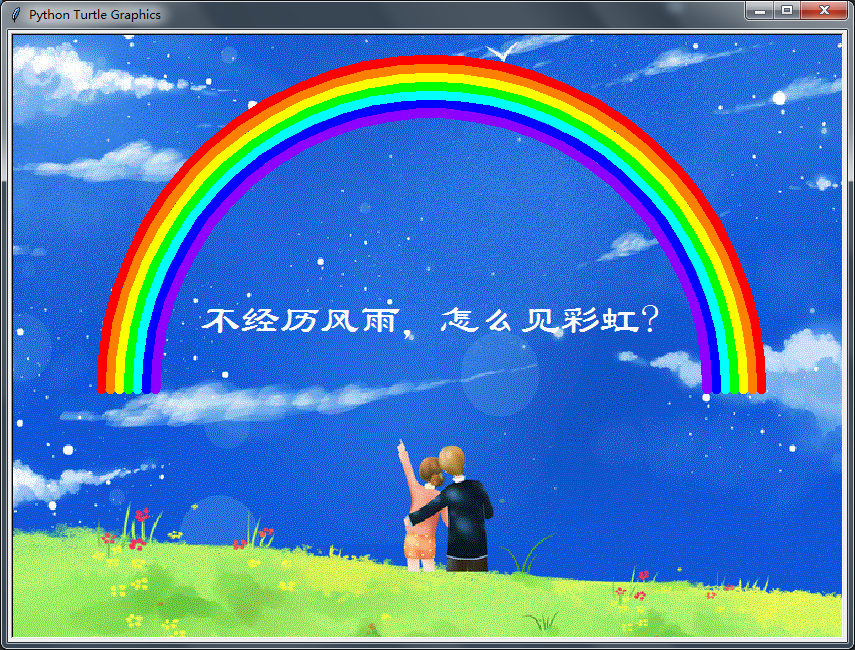 Step 1: set the canvas according to the background picture

Just click to select the picture "blue sky and white clouds", and the size of the picture will be displayed in the status bar below. As shown below, the size of this picture is 839 × 612, that is, the width is 839 pixels and the height is 612 pixels. 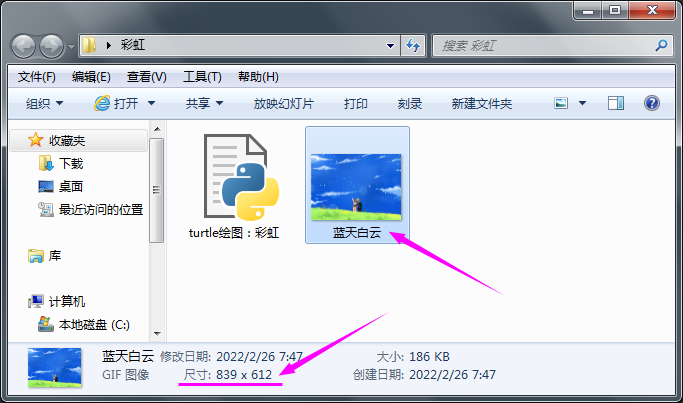 #Set the picture "blue sky and white clouds" as the background

1. The background picture must be in gif or png format

2. The picture must be in the same folder as the code file

3. The name of the picture must be enclosed in double quotation marks

4. The picture name must be added with format suffix 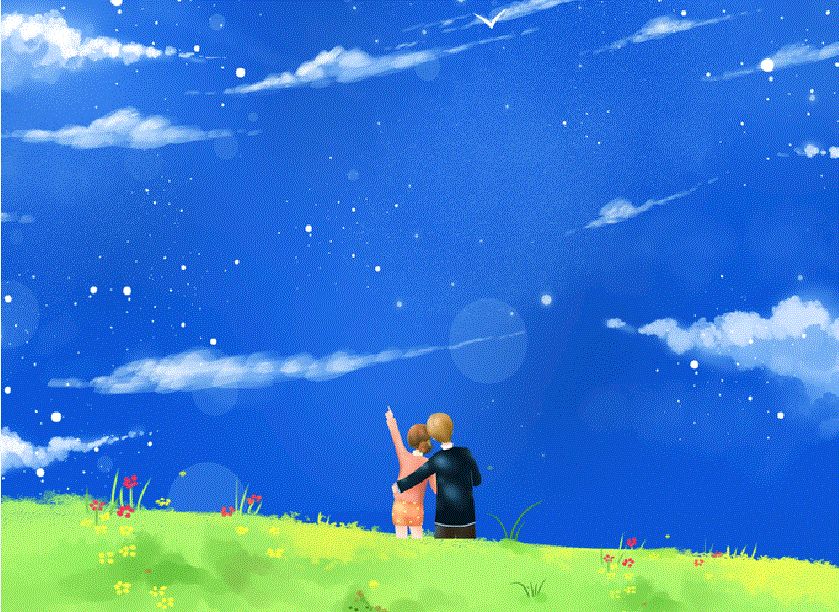 3. How to quickly convert JPG pictures to GIF format?

When you right-click to save a picture on a web page, you cannot directly save it to GIF format. You can use the screenshot tools of chat boxes such as wechat, QQ and nailing, and then select GIF format to save the screenshot.

Students often ask. I searched the Internet for a long time and found a more reasonable explanation.

Rainbow, also known as Tiangong (Hakka), Tianhong and Jiang, is an optical phenomenon in meteorology.

When the sunlight shines on the water droplets in the air, the light is refracted and reflected, forming an arched colorful spectrum in the sky, which is red, orange, yellow, green, blue, indigo and purple from the outer ring to the inner ring.

In fact, there are countless colors in the rainbow. For example, there are many subtle colors between red and orange, but for simplicity, only seven colors are used as the difference.

Step 3: determine the radius angle of the arc

To draw an arc like a rainbow, you need to first adjust the orientation of the turtle's head, and then use the circle (radius, angle) to achieve.

① Circle can be used to draw an arc from right to left,

② Circle (negative radius, positive angle) can also be used to draw an arc from left to right.

③ Circle (positive radius, negative angle) can be used to draw an arc from left to right,

④ Circle (negative radius, negative angle) can also be used to draw an arc from right to left.

The first method is used in this case.

Try as like as two peas of the following two codes:

If methods 2 and 3 are used, the coordinates of turtle goto(x,y) need to be reset.

When drawing a rainbow, the relationship between the radius of the arc and the thickness of the brush is as follows: 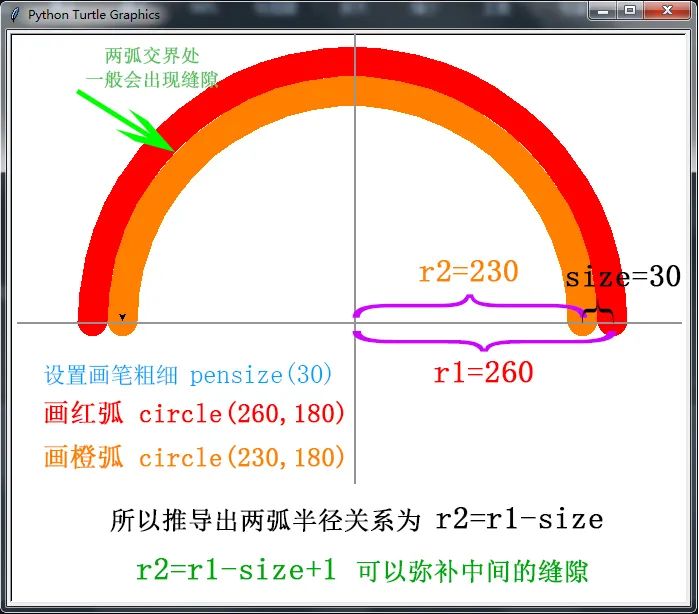 Think about how to change repetitive code into a loop?

Step 5: add a circle and draw a seven color arc

When drawing the seven arcs of the rainbow, you need to reset the thickness of the brush and the radius of the arc according to the size of the canvas. Although the value has changed, the relationship between the two has not changed.

Perhaps, there is no long-awaited rainbow after the storm. Maybe, after working hard, we didn't get the corresponding return, but after all, we all worked hard. Perhaps, the rainbow is not far away, and the return is waiting for you not far ahead. Please live every day carefully.