The program shows the effect of adding green and blue light 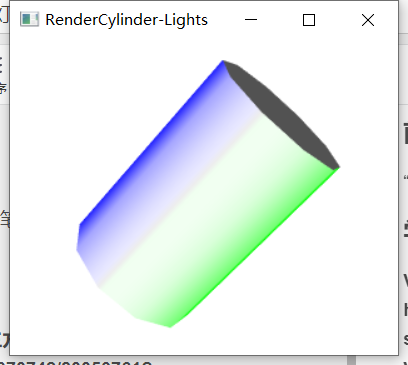 vtkLight light
There are all kinds of lights in the theater, as well as in the 3D rendering scene. Multiple lights can exist. Lights and cameras are essential elements for 3D rendering scenes, and vtkRenderer will automatically create default lights and cameras. VTK uses the class vtkLight to represent the lights in the rendered scene. Similar to lights in reality, vtkLight instances in VTK can also be turned on and off, and set the color of the light, the irradiation position (focus), the position and intensity of the light.
vtkLight can be divided into position light (also known as Spotlight) and direction light. Position light is the position of the light source in the rendered scene. You can specify the attenuation value and cone angle of the light; Directional light means that the light source is located at infinity. It can be considered that the light is parallel, such as sunlight in nature. The line between the position of the light source and the focus defines the direction of the light. The default vtkLight is directional light.
The common methods of vtkLight are as follows.

Program description
The lighting example in this chapter defines two vtkLight objects. One is a green light, which is located at (0,0,1) and the focus is facing the focus of the camera; The other is blue light, located at (0,0, -1), and the focus is also on the focus of the camera. Finally, the method of calling vtkRenderer (AddLight()) adds two light objects to the rendering scene. Because there can be multiple lights in the Renderer, the interface provided by VTK is AddLight() instead of SetLight.
Program source code

The audience's eyes are like cameras in 3D rendered scenes, which are represented by vtkCamera class in VTK. vtkCamera is responsible for projecting the 3D scene onto the 2D plane, such as the screen. The schematic diagram of camera projection is shown in Figure 2-4. As can be seen from the figure below, there are mainly the following elements related to camera projection. 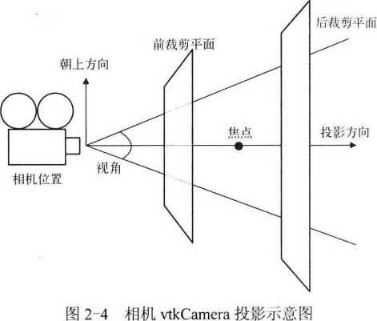 The code demonstrates how to generate and set up a camera:

Method of controlling camera motion
As Dolly Roll. , Azimuth()^ Yaw(),Elevation. , Pitch. And Zoom. Please refer to the following figure and the schematic diagram of camera motion direction for how these methods move and relative position or direction. 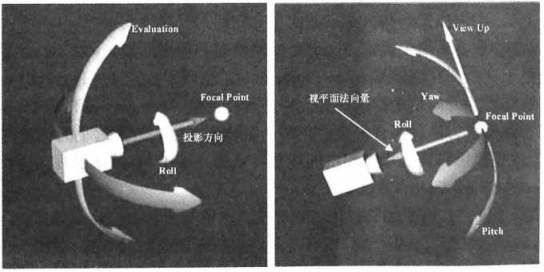 Color is one of the important properties of Actor. VTK uses RGB and HSV color systems to describe colors.
RGB color system
RGB color system is represented by the combination of three color components: red (R), green (g) and blue (B). In VTK, the value range of these three components is 0 ~ 1, (0, 0, 0) represents black and (1, 1, 1) represents white. vtkProperty::SetColor (r, g, b) uses the RGB color system to set the color property value.
HSV color system
HSV color system also determines the color by three components: Hue, which represents the basic attribute of color, which is commonly referred to as color name, such as red, yellow, etc; Saturation refers to the purity of color. The higher its value, the purer it will be; Value (value, that is, Intensity or brightness). A value of 0 usually indicates black, and a value of 1 indicates the brightest color. The value range of these three components is 0 ~ 1.
Class vtkLookupTable provides methods for setting HSV color system.
Table 2-1 lists the comparison of RGB and HSV values of common colors. 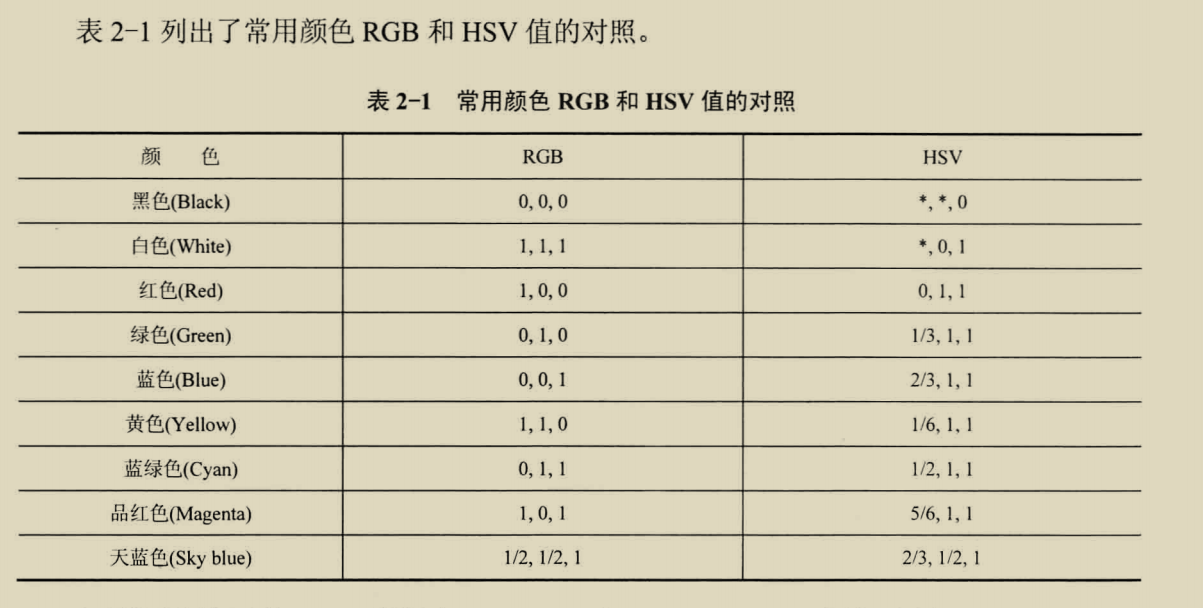 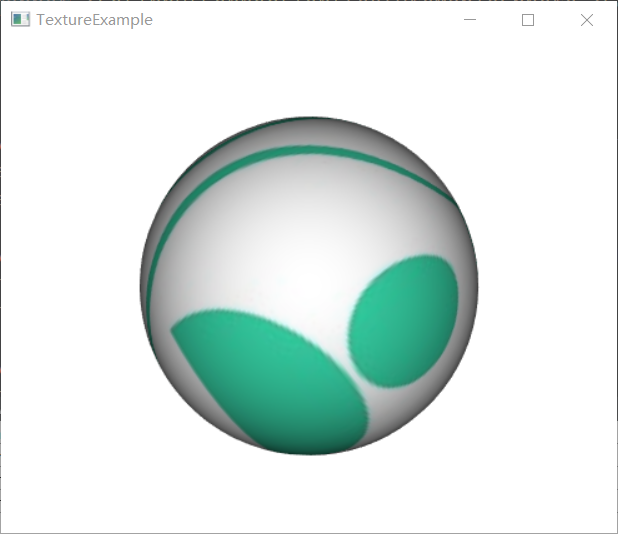 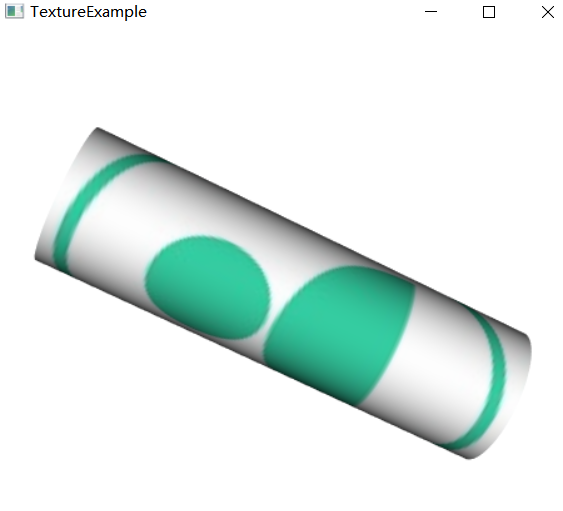