This case uses the example provided by ROS1 to demonstrate the program.

This series takes 7 days. Bloggers also try their best to write it from scratch. If you find an error, you must tell me in a private letter. Bloggers who work so hard, pay attention.

I thought renaming was such a difficult task. After practice, I found that it was a super simple trick.

A robot always has many repeated components, such as two arms or two pairs of wheels, or four cameras in front, back, left and right. We can arrange the programs running on each component by renaming, which is convenient for software development and management.

First, understand the naming in ROS. The planning of messages or node names in ROS is similar to the path of computer system, separated by backslash "/". 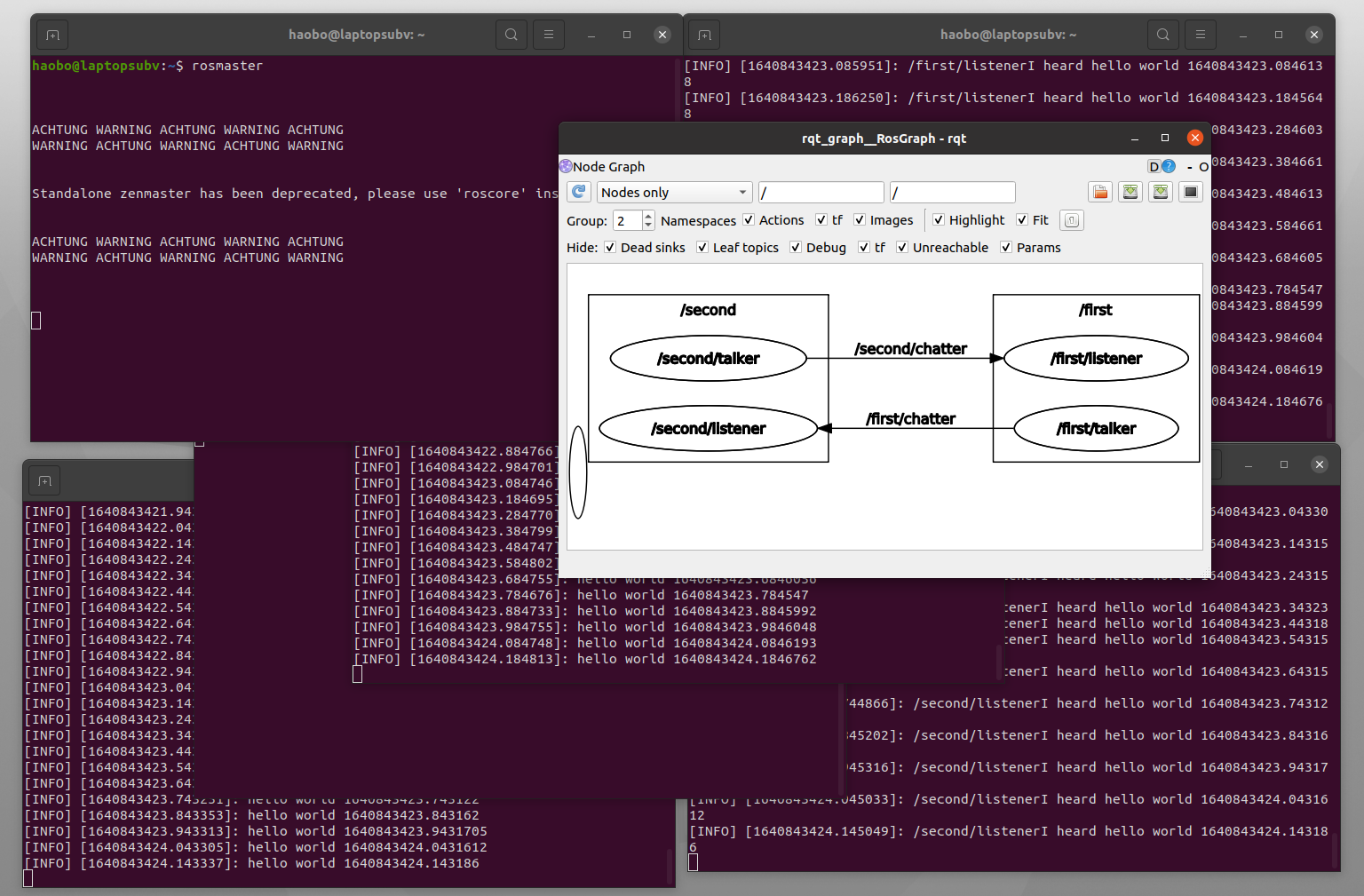 The structure is clear, and the communication between the two namespaces is realized at the same time.

After the program runs the instruction, add the rename rule according to the following format.

Key: the above three grammars can be used at the same time.

If there are python code programs in the current path, you can also directly use $/< The program name > [< ditto >] replaces the above instruction.

Every time you start a system of ROS, you need to take so many steps above, which is too cumbersome.

Of course, you can also write one of these bash script, one click start. However, ROS provides us with an automatic startup method called roslaunch.

Different from the start instruction rosrun above, we use the roslaunch instruction to start here. The syntax is: $roslaunch < package name > < Launch filename >

The. launch file is essentially an xml file. Its basic structure is as follows

The use code of this case comes from: [robot] ROS engineering case: basic part

It should be noted that roslaunch will automatically start one when there is no rosmaster. However, because there is a risk of losing the master node, it is recommended to start another terminal when deploying.