What is a regular expression

Simply put, a regular expression is the way to process strings. It handles strings in units of behavior. Regular expressions, assisted by some special symbols, make it easy for users to "search/delete/replace" a particular string handler!

Is the basis of the Linux foundation, if you have learned it, it must be "greatly helpful"!It's like the learning and military difficulties in Jin Yong's novel: Ren Du Er Mai!Wugong doubled immediately after he got through the two veins of Ren Du.

In the English case encoding order, zh_TW.big5 The output of C and C are as follows: 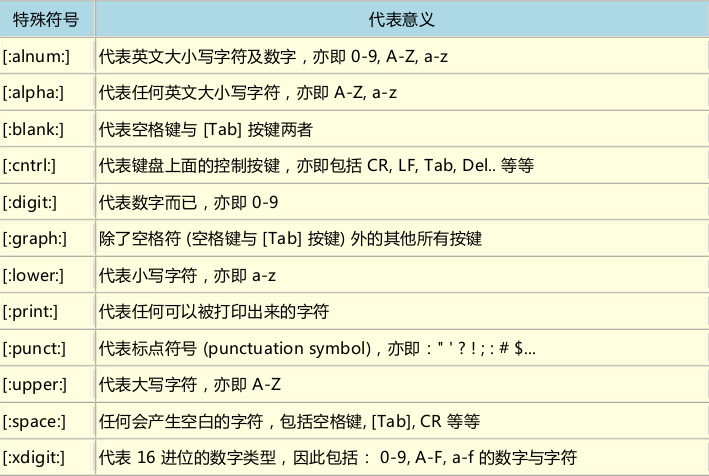 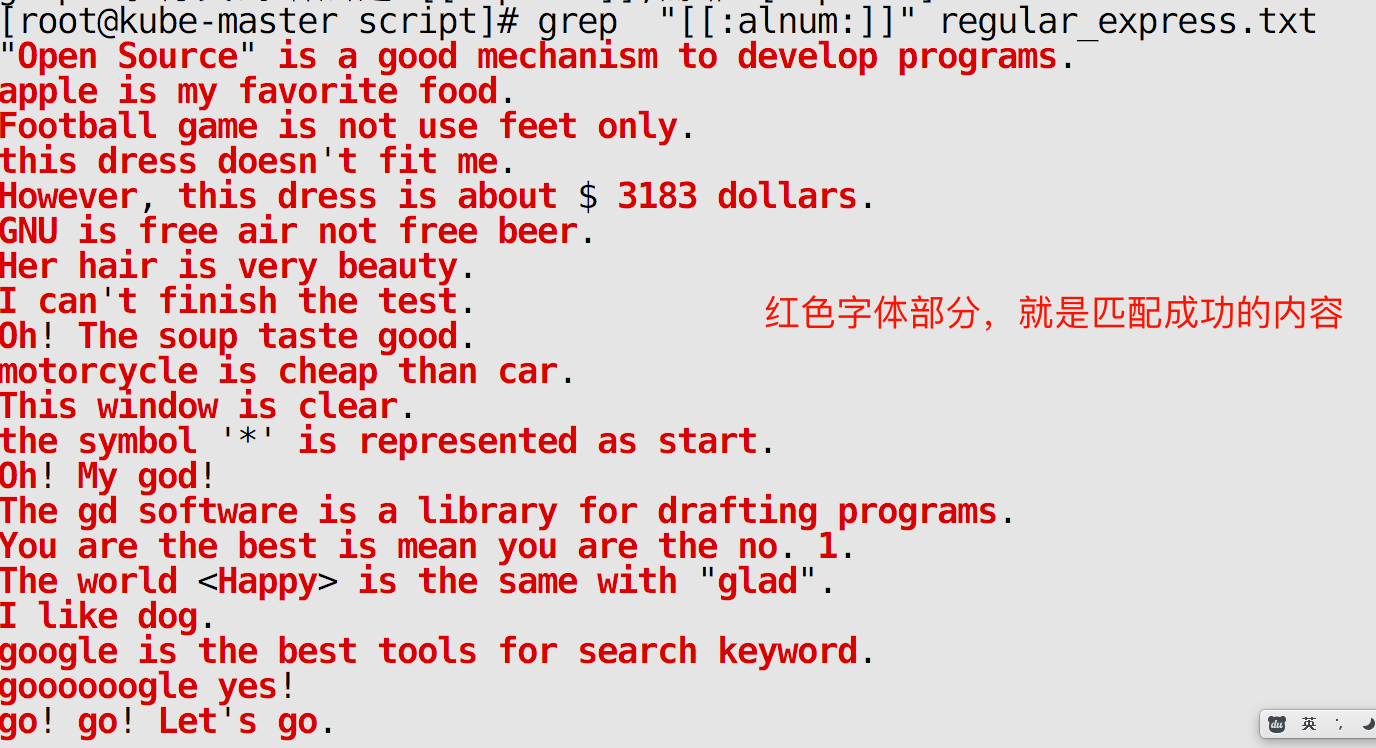 Match up to three consecutive characters a

Recursive lookup, is to find in a directory

Search for test or tast

Search for oo but don't precede it with G

Note: When a search line contains criteria to satisfy the search criteria, the line ignores criteria that are explicitly not required. For example, the following may be found in the above example

Show lines that do not begin with English characters

Symbol ^ has the opposite meaning in [] and the first meaning outside []
Show rows where the beginning of the line is not # and;.

Find the line ending with.

Need to transfer with \

Lookup starts with G and ends with g, with or without middle characters

Find any file name starting with a
Method 1:

Count how many more 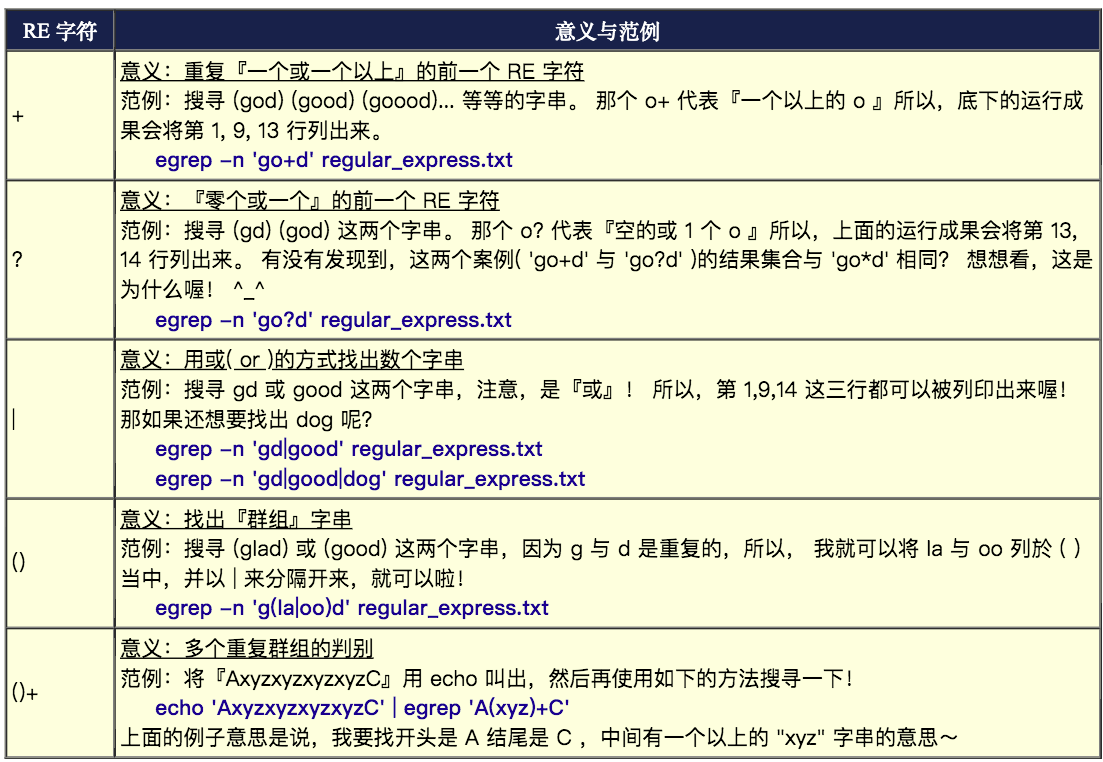 Greed is matching as much as possible

Non-greedy means matching as little as possible, just after some quantifier (i.e., number of times), such as:. *?+?

grep or egrep are greedy by default and do not support non-greedy.
To be non-greedy, the -P parameter is used, which uses the regular Perl language environment 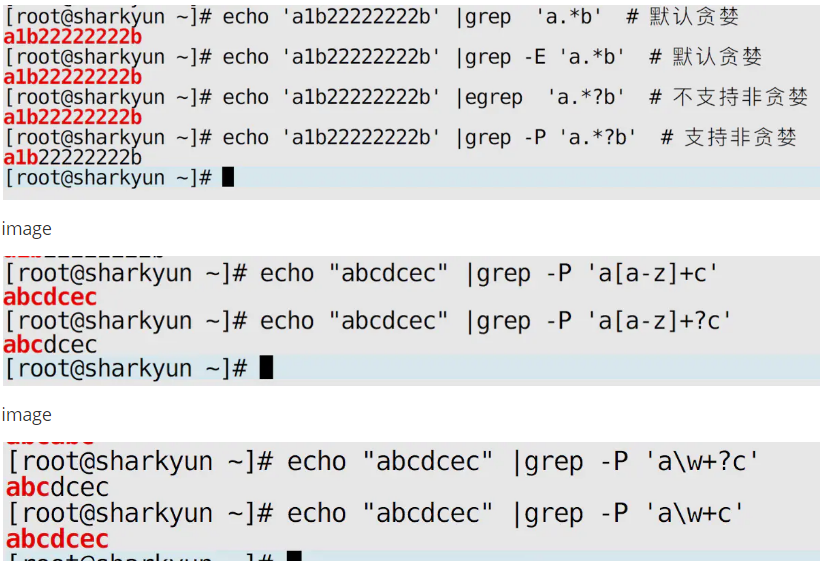