Next, we use dist [] array to represent the distance from the starting point to each point.

Then start the demonstration:
First, you have a map (how to build a map is determined according to the meaning of the topic) 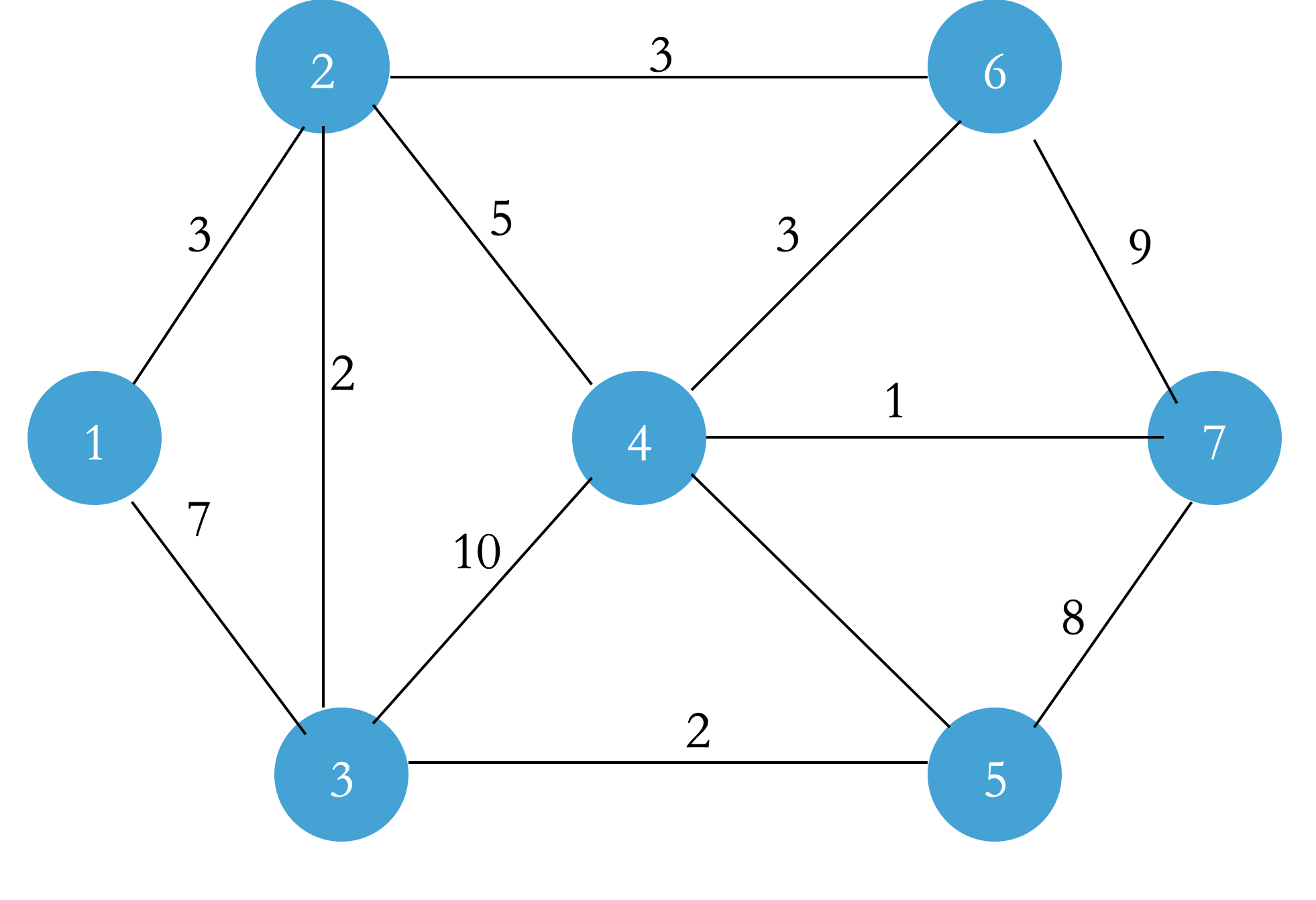 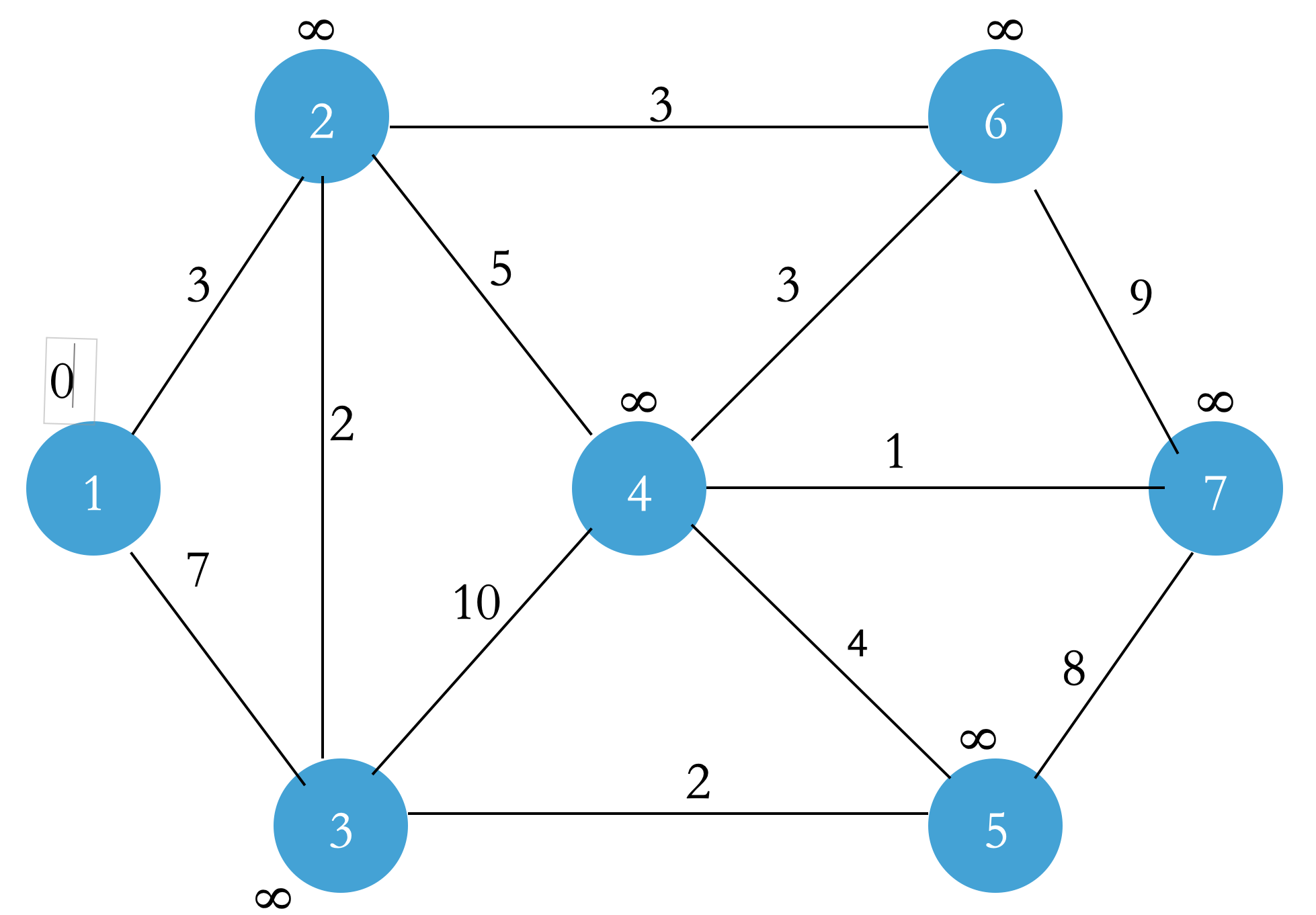 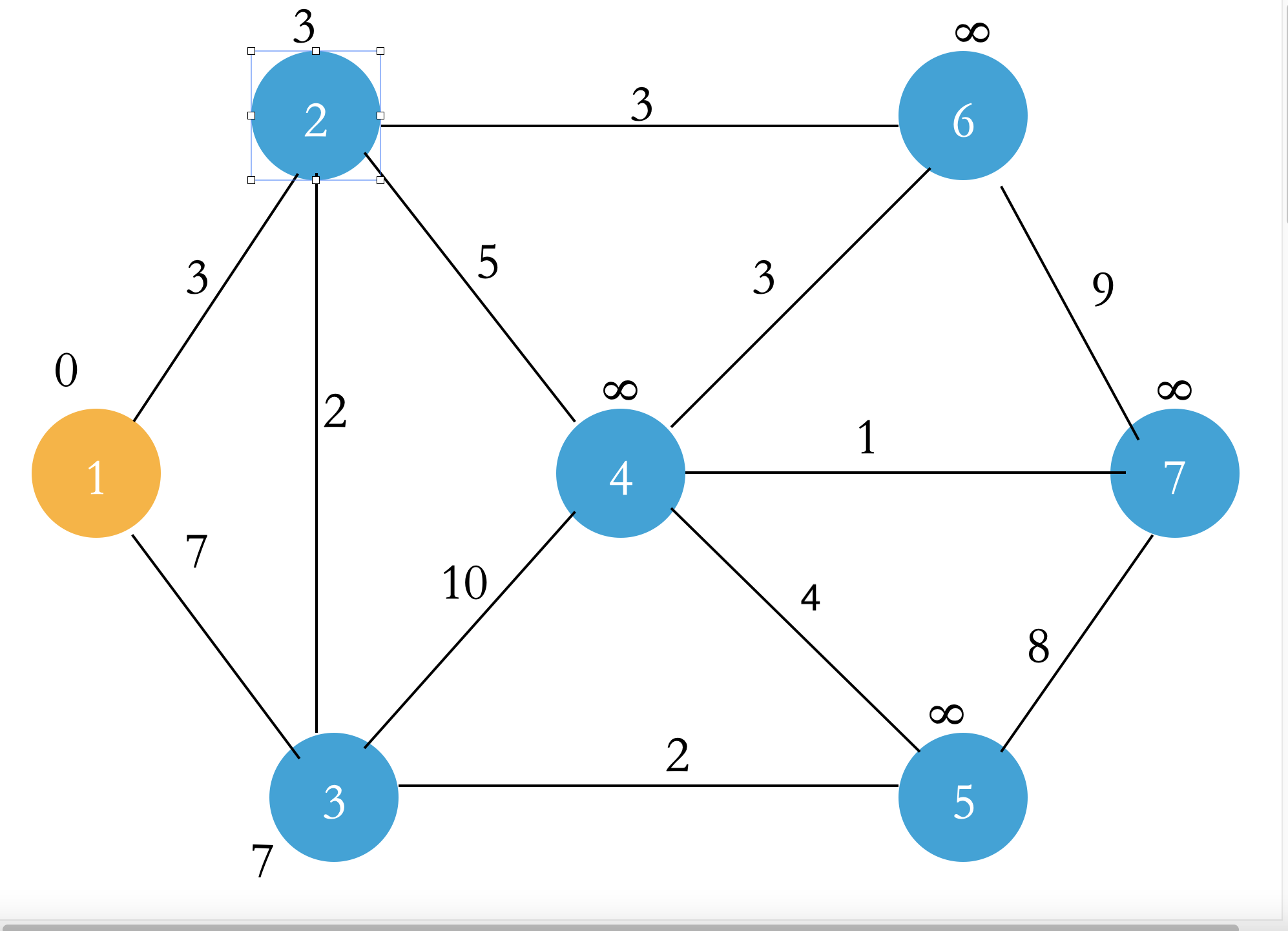 Select the point u with the smallest dist in the Q set. Let the points connected to point u and not in the S set and point u relax, and add point u to the S set. Then repeat this step until all points enter the S set. 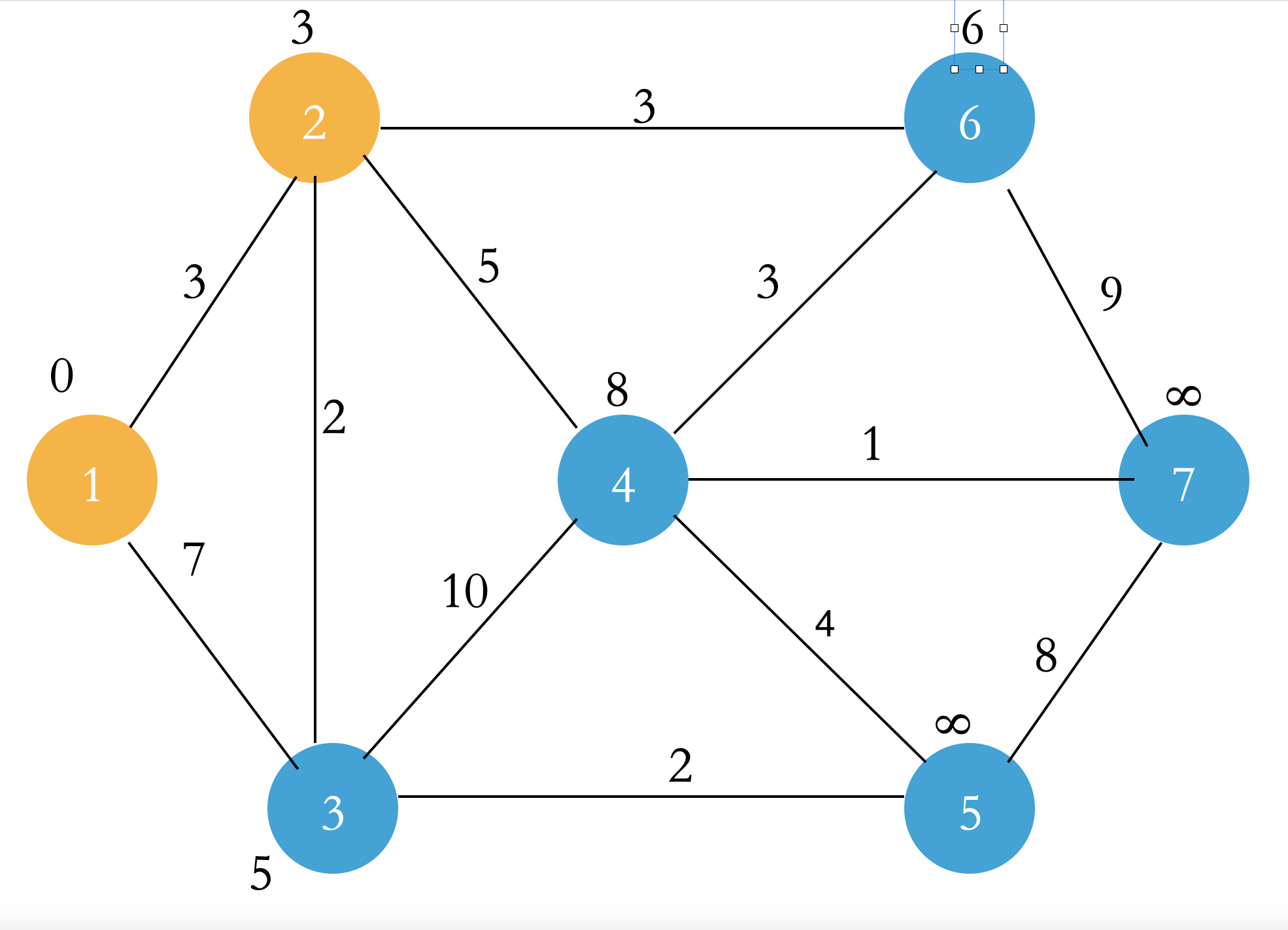 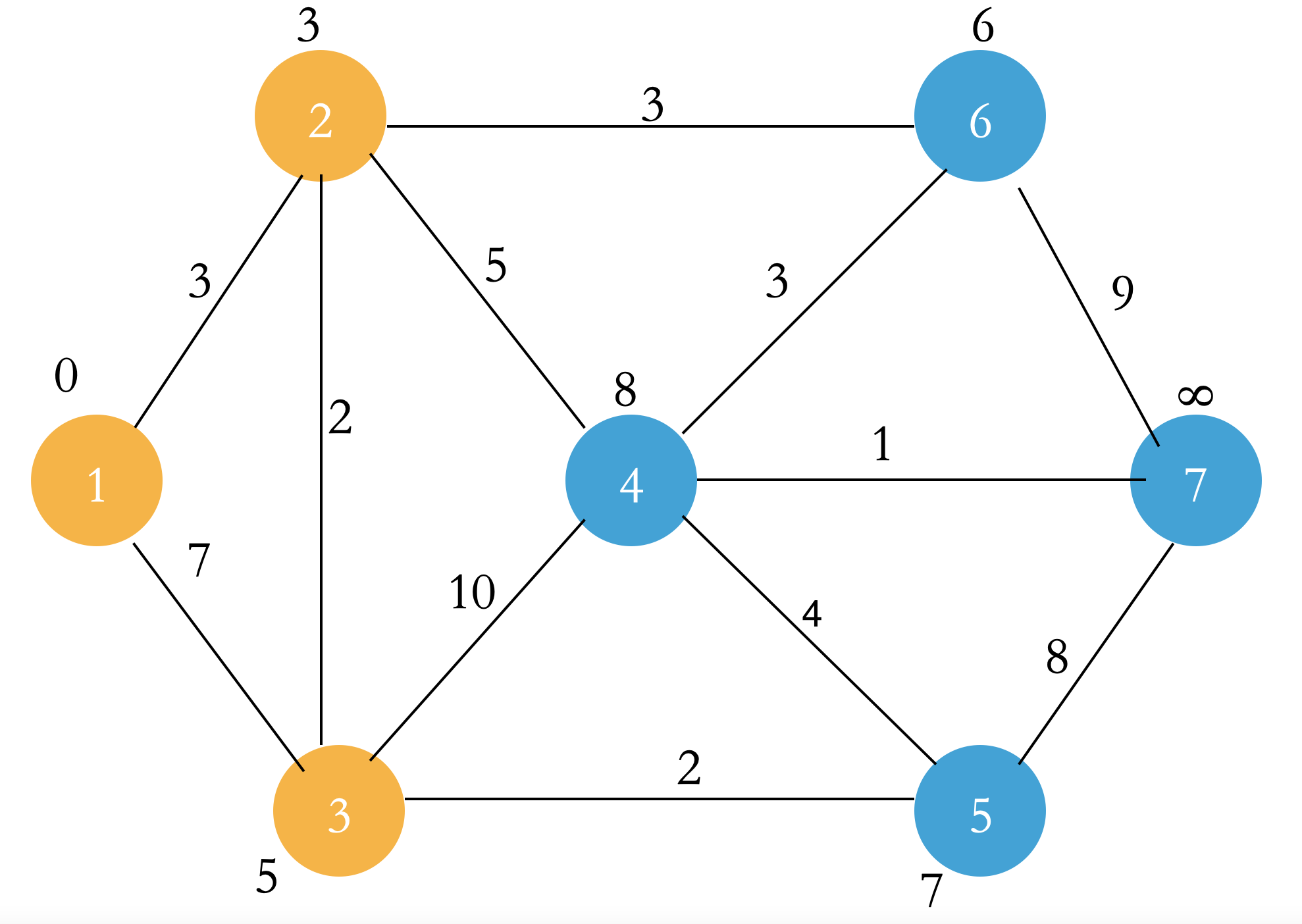 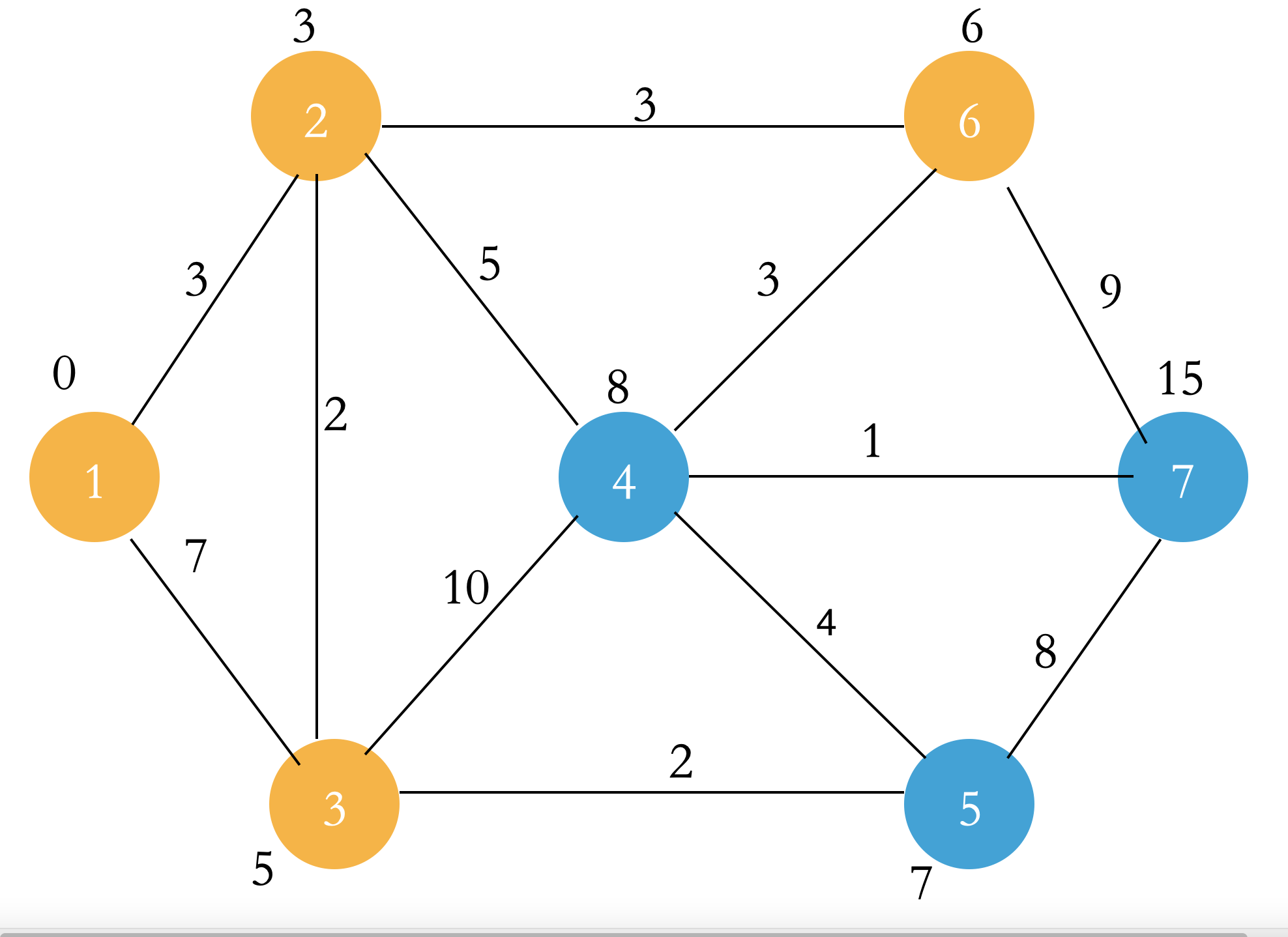 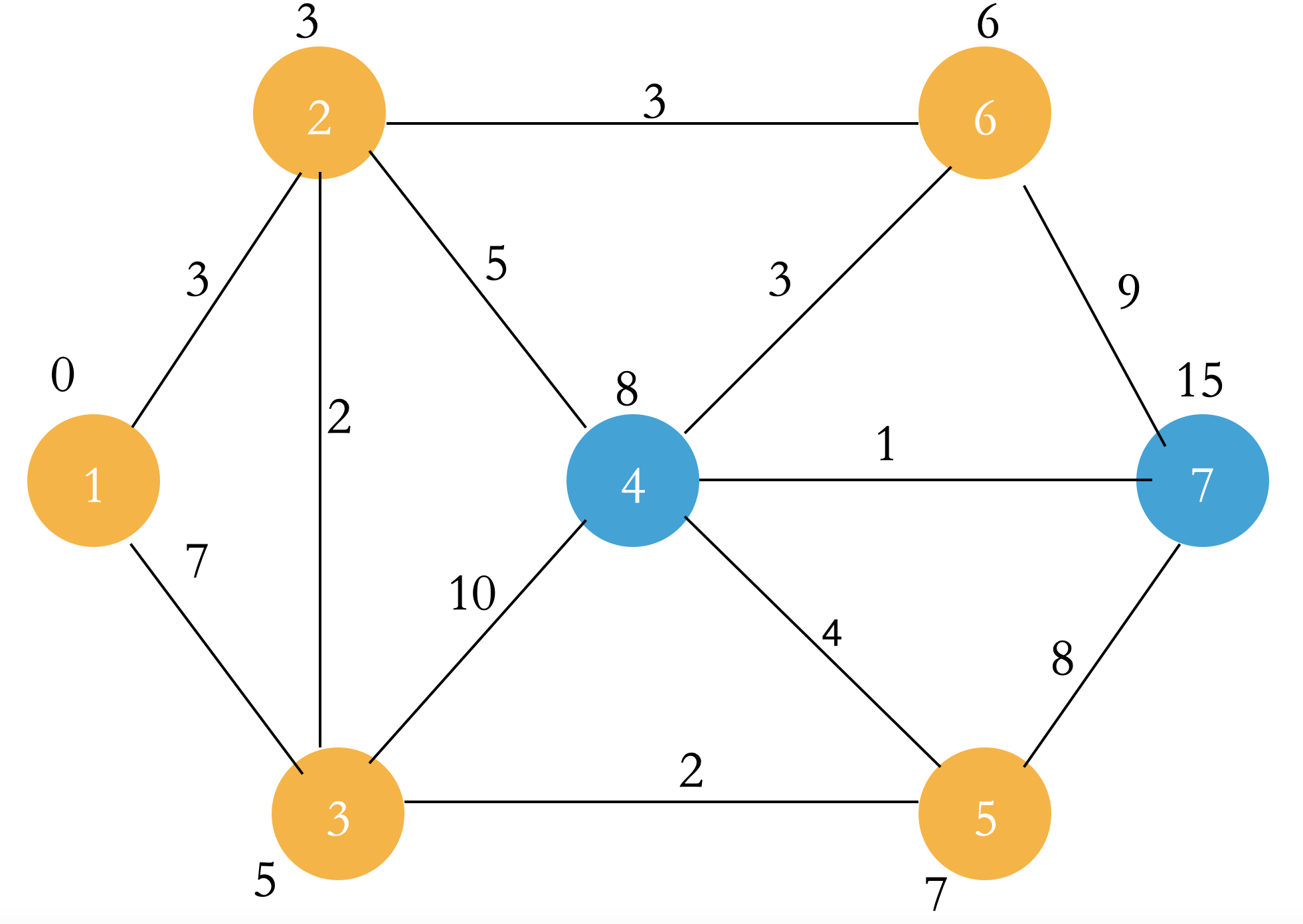 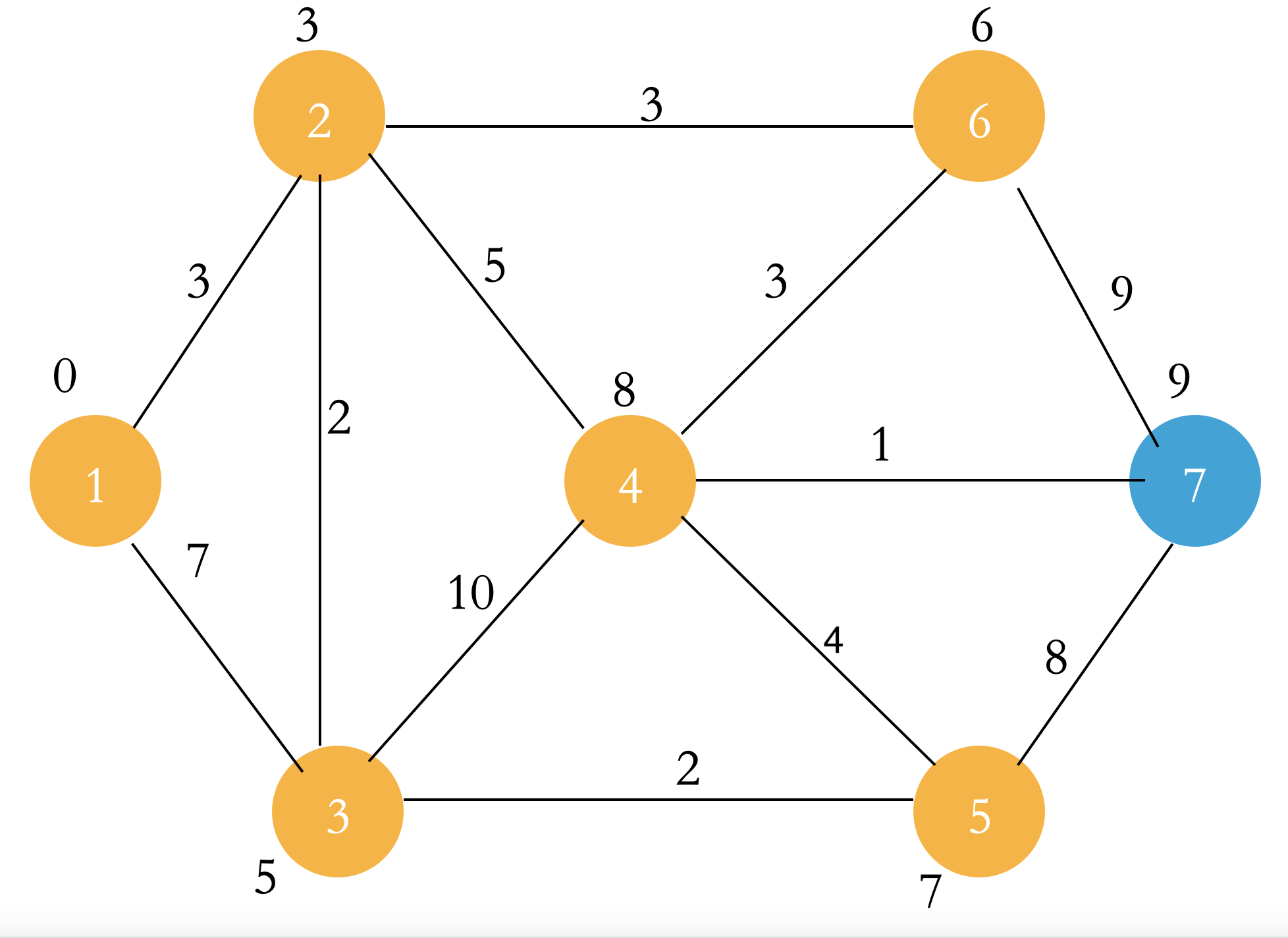 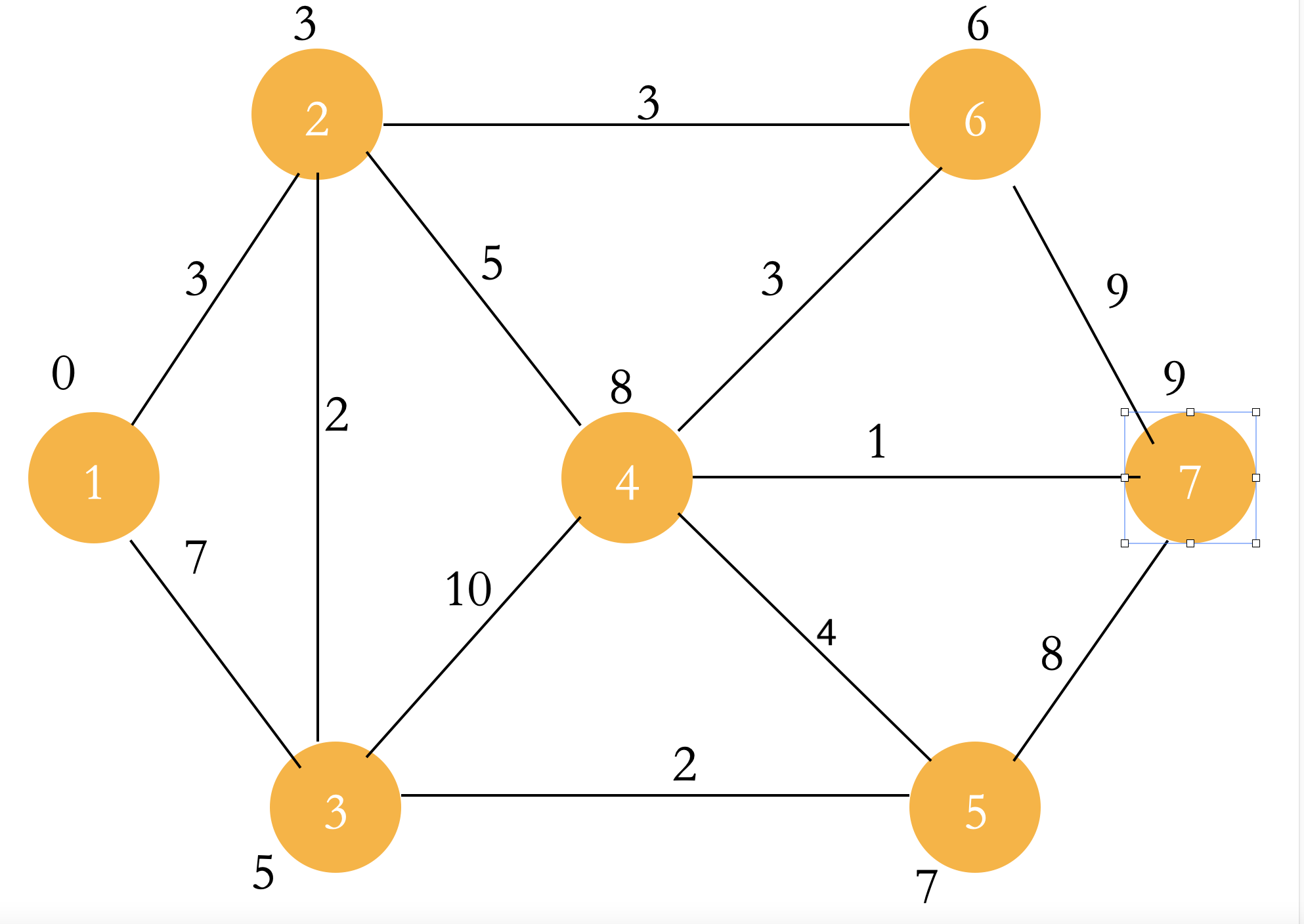 When all steps are completed, the dist of the point in the figure is the shortest path from the starting point to each point!

Update layer by layer, and select the point closest to the point in the S set each time to enter the S set

2, Description of some problems

1. Why dijkstra can't we seek the path with negative weight!

Because the negative weight path may have a negative ring, dijkstra will make mistakes, but it is only wrong, and there will be no cycle of life and death. Unless the code is wrong!!
Let's start with a diagram: 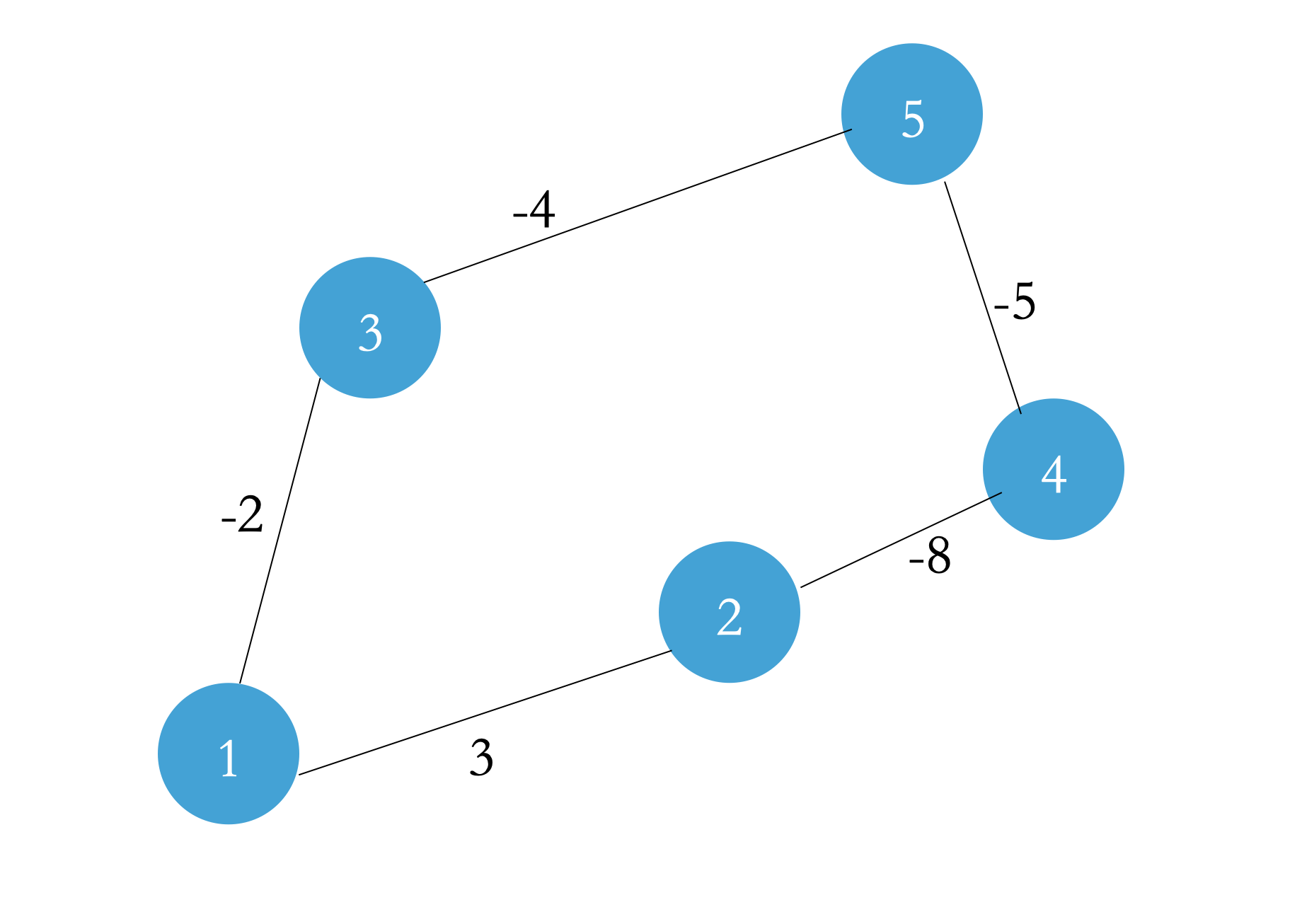 2. If there is no negative ring, but there is a negative weighted edge, is that ok?

The answer is yes. It doesn't affect dijkstra's running method. However, if you want to test whether it has a negative loop, why not use the algorithm to run its shortest path!

3. If there are negative weight edges on the graph, can I subtract the minimum edge weight from all the edge weights?

Answer: no! Come on, picture above, just a picture! 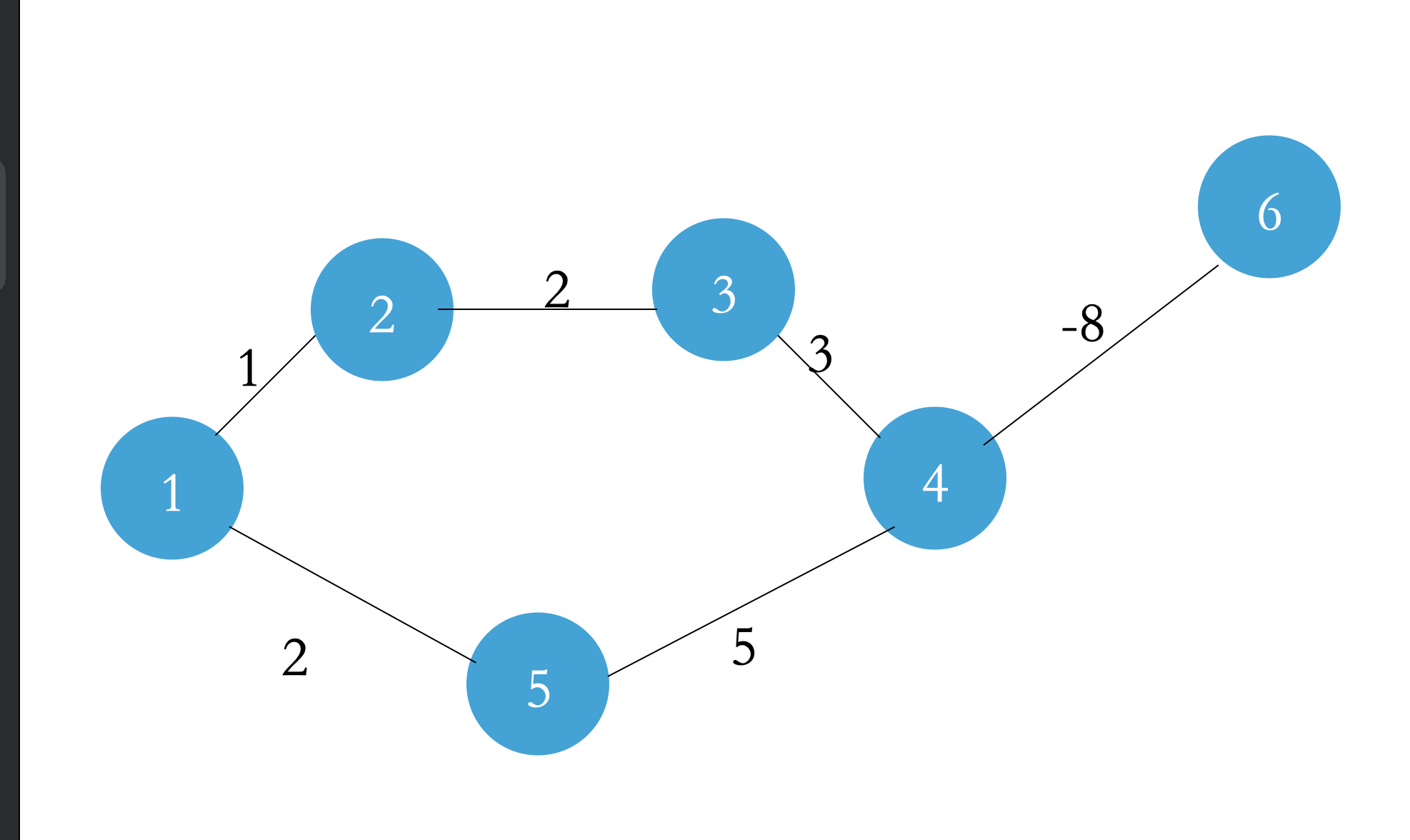 4. What if I want to run a graph with negative weight with dijkstra

There's a way! For details, see: Johnson
I wrote this by myself. It's mainly the idea above. It's really good!