Some container classes in Java 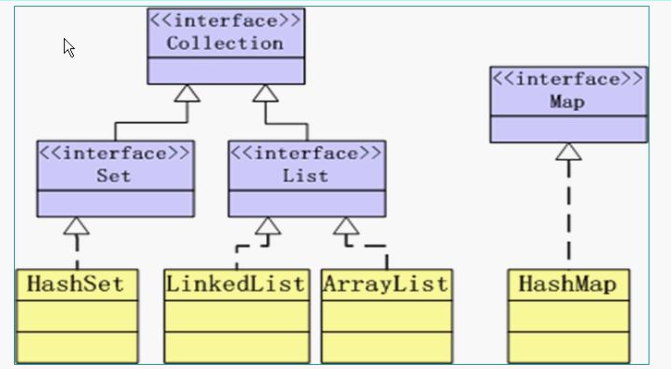 Both K and V should be reference types, such as Integer and long, but not value types, such as int and long.
The specific reason is that the generic type is erased. If it is a value type, once the generic information is erased, there is no way to insert the forced transformation code, because the forced transformation between int, long and Object is not supported. (see in-depth understanding of the third edition of Java virtual machine P372).

2.1 java.util.Set is an interface

1)HashSet
The underlying data structure is a hash table, which is thread unsafe and efficient. It allows null values to be stored and elements are out of order
The uniqueness of the element depends on overriding the hashCode() method and the equals() method. It cannot be guaranteed without rewriting.
Integer and String override the hashCode() and equals() methods by default

3.1 java.util.List is an interface

4.3 use of stack
The Stack class [^ 3] is not recommended by Java officials

Other declaration methods of stack: 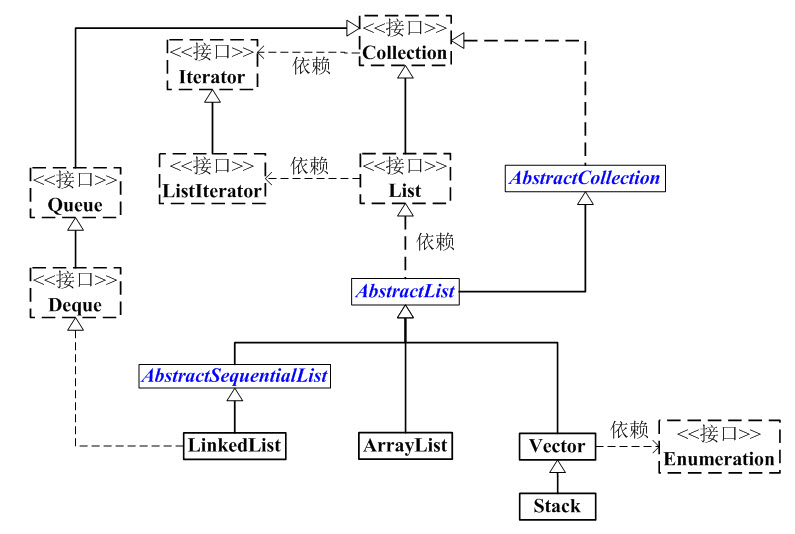