Stateful function s and operators for flow processing can store the calculation state of each Event in the flow calculation process. State computation is the construction of precise operation will not or lack of plate. Flink needs to know the status of the computing node, so as to use checkpoint and savepoint mechanisms to achieve data recovery and fault tolerance. The Queryable State allows the external to query the data state during the Flink operation. When the user uses the state operation Flink to provide the state backend mechanism for storing state information, and the calculation state can be stored in the Java heap and out of the heap, depending on the statebackend mechanism adopted. Configuring statebackend does not affect the processing logic of the application.

Flink provides different Sate backend to specify the storage method and location of the State. Depending on your State Backend, a State can be on or off the Java heap. Flink manages the Sate of the application, which means that Flink handles memory management (which can overflow to disk if necessary) to allow the application to remain very large. By default, the configuration file flink-conf.yaml determines the State Backend for all Flink jobs. However, you can override the default State Backend based on each job, as shown below.

(1) MemoryStateBackend: state data is saved in java heap memory. When checkpoint is executed, snapshot data of state will be saved in memory of jobmanager. Memory based state backend is not recommended in production environment.

(2) FsStateBackend: state data is saved in the memory of taskmanager. When checkpoint is executed, the snapshot data of state will be saved to the configured file system. hdfs and other distributed file systems can be used.

(3) RocksDBStateBackend: rocksdb is slightly different from the above. It will maintain state in the local file system, and state will be written directly to the local rocksdb. At the same time, it needs to configure a remote filesystem uri (usually HDFS), which will copy the local data directly to the filesystem when doing checkpoint. Recover from filesystem to local when fail over. Rocksdb overcomes the memory limitation of state and can be persisted to the remote file system. It is more suitable for production.

Without any configuration, the system uses MemoryStateBackend Sate

-s can be followed by the savepoint address. If it is not specified, the default configuration address will be used.

Each function and operator in Flink can be stateful. For state fault tolerance, Flink needs to check the state. Checkpoints allow Flink to restore state and location in the flow, providing the same semantics for the application as for trouble free execution. Flink's checkpoint mechanism interacts with persistent storage of flows and states. In general, it requires:

By default, checkpoints are not turned on. To enable checkpoints, call enableCheckpointing (n) on the StreamExecutionEnvironment, where n is the checkpoint interval in milliseconds.

Other parameters of Checkpoint include:

What happens to checkpoint when job cancellation is configured in ExternalizedCheckpointCleanup mode:

Retain? On? Cancellation: keep checkpoints when canceling a job. Note that in this case, the checkpoint state must be manually cleaned up after cancellation.

Delete? On? Cancellation: deletes a checkpoint when the job is cancelled. Checkpoint status is available only if the job fails. (default)

Users can view the checkpoint content in the hdfs directory

Then restart the task to test whether the status is saved

It will be found that both savepoint and checkpoint can do state recovery, but unlike savepoint, checkpoint is triggered automatically, and the trigger frequency is specified through the program. Savepoint enables the user to display the call manually, so if the user manually calls the savepoint program to exit, the checkpoint data will be automatically deleted, which means that the externalized checkpoint cleanup policy configured for appeal does not work (test version 1.8.0).

The above two states can store state in the form of managed and raw. The managed state means that the management of state is managed to Flink to determine the data structure ("ValueState", "ListState", etc.). Flink automatically uses checkpoint mechanism to persist the calculation state during operation. All function s of Flink support the managed form. Raw state is to serialize byte persistence state at checkpoint. Flink does not know the storage structure of state. It only uses raw form to store state when Operators are defined. Flink recommends the managed form, because Flink can redistribute when the task parallelism changes, and has better memory management.

All the above states provide a clear() method to clear the state value corresponding to the current key. It should be noted that these states can only be used in some interfaces with state, which may not be stored internally, but may reside on disk or other locations.

Time to live (TTL) can be assigned to any type of keyed state. If TTL is configured and the status value has expired, every effort will be made to clear the stored value. All state collection types support TTL for each entry. This means that list elements and map entries expire independently. In order to use state TTL, you must first build the StateTtlConfig configuration object. You can then enable the TTL feature in any StateDescriptor by passing the configuration:

There are several options to consider for configuration: the first parameter of the newBuilder method is required, which is the value of the expiration time. When updating type configuration state TTL refresh (default is OnCreateAndWrite):

Whether the state visibility configuration returns an expiration value (if not cleared) when reading access (NeverReturnExpired by default):

In the case of NeverReturnExpired, expired states are not returned. Another option, ReturnExpiredIfNotCleanedUp, allows you to return the expired State before cleanup.

By default, expiration values are removed only when they are explicitly read out, for example by calling ValueState.value(). This means that by default, if the expired state is not read, it will not be deleted, which may cause the state to grow.

In addition, you can activate cleanup when you take a full State snapshot, which reduces the size of the State. This strategy does not reduce the local State, but does not load expired State data when love loads State. It can be configured in StateTtlConfig:

Another option is to trigger a gradual cleanup of some state items. The system will iterate the expired entry every time the user accesses the operation state. If the entry is found to be expired, the entry will be deleted

At present, only Heap state backend is supported, enabling this policy will increase the delay of record processing.

List style managed operator state is supported so far. This state requires a list of columns of serializable objects that are independent of each other, so the state can be reallocated when the cluster parallelism changes. Currently, there are two state allocation schemes supported:

For example, implement a BufferSink to buffer data

You can click HDFS to view the savepoint status, which stores the data before shutdown.

Then the user tries to recover the state before shutdown by using the interface, and observe whether the data can be recovered

The ListCheckpointed interface is a more limited variant of the CheckpointedFunction, which only supports list style states with even split reallocation schemes at recovery time.

On the snapshotState(), the Operator should return a list of objects for the checkpoint, which restoreState must handle at recovery time. If the state is not repartitionable, collection.singletonlist (my \ state) can always be returned in snapshotState(). Stateful sources require more attention than other operators. In order for state and output sets to be updated to atoms (required for precise semantics at the time of failure / recovery), users need to obtain locks from the context of the Source.

The meanings of the parameters in the above generics are as follows: 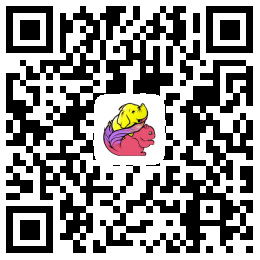