1. What is adapter mode?

Convert the interface of a class into another interface clients expect.Adapter lets classes work together that couldn't otherwise because of incompatible interfaces.

Adapter Pattern: transforms the interface of a class into another interface expected by the client, so that two classes that cannot work together due to interface mismatch can work together. 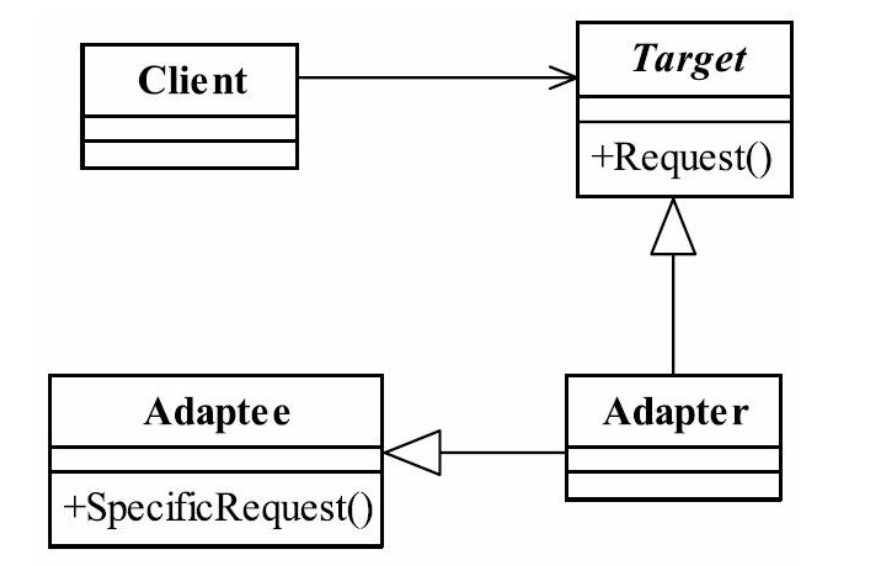 This role defines what kind of interface to convert other classes, that is, our desired interface. The IUserInfo interface in the example is the target role.

The "who" you want to convert into the target role is the source role. It is an existing and well running class or object. After being wrapped by the adapter role, it will become a new and beautiful role.

The core role of the adapter mode. The other two roles are existing roles, and the adapter role needs to be newly established. Its responsibility is very simple: how to convert the source role to the target role? By inheritance or class association.

① If there are not many Adaptee interfaces, both implementation methods can be used.

② If there are many Adaptee interfaces, and the definitions of Adaptee and ITarget interfaces are mostly the same, we recommend using class adapter, because the adapter reuses the interface of the parent class Adaptee, and the amount of code of the adapter is less than that of the object adapter.

③ If there are many Adaptee interfaces and most of the Adaptee and ITarget interface definitions are different, we recommend using object adapters because the composite structure is more flexible than inheritance.

① The adapter mode allows two unrelated classes to run together, as long as the role of the adapter can handle them.

We access the Target role, but the specific implementation is delegated to the source role, which is transparent to high-level modules and does not need to be concerned.

③ The reusability of classes is improved

The source character can still be used normally in the original system, and can also act as a new actor in the target character.

The adapter can be removed at any time without affecting a lot of code.

When an interface that has been put into production needs to be modified, it is best to use the adapter.

For example, JDK1.0 contains a class Enumeration that traverses the collection container. JDK2.0 reconstructs this class, renames it Iterator class, and optimizes its code implementation. However, considering that if the Enumeration is directly deleted from JDK2.0, if the project using JDK1.0 is switched to JDK2.0, the code will fail to compile. In order to avoid this situation, we must change all the places where Enumeration is used in the project to use Iterator.

The replacement of Enumeration to Iterator for a single project is barely acceptable. However, there are too many projects developed in Java. An upgrade of JDK will cause all projects to compile and report errors without code modification, which is obviously unreasonable. This is what we often call incompatible upgrades. In order to be compatible with the old code using the lower version JDK, we can temporarily retain the Enumeration class and replace its implementation with calling Itertor directly.

① The proxy mode defines a proxy class for the original class without changing the original class interface. The main purpose is to control access rather than strengthen functions, which is the biggest difference between it and the decorator mode.

② Bridge mode: the purpose of bridge mode is to separate the interface part from the implementation part, so that they can be changed easily and relatively independently.