Visibility: when one thread modifies a shared variable, the other thread immediately gets the latest modified value.

Case demonstration: one thread loops through flag and while according to the boolean flag, and another thread changes the value of the flag variable
A thread does not stop the loop. 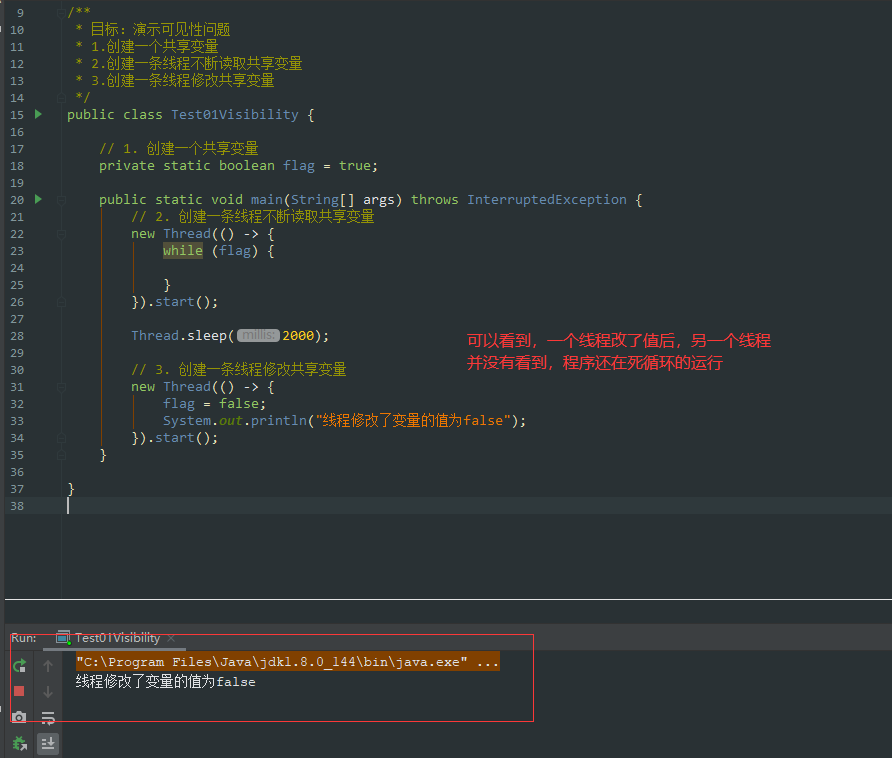 Summary: during concurrent programming, there will be visibility problems. When one thread modifies a shared variable, another thread does not immediately see the latest modified value. 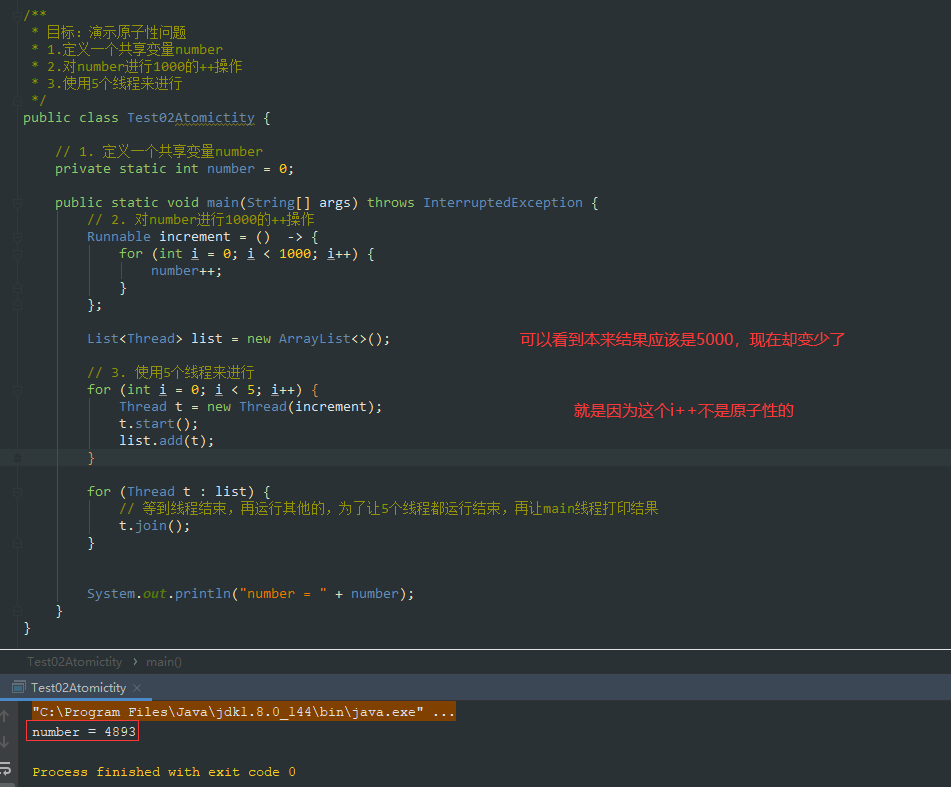 Use the plug-in to disassemble the class file to obtain the following bytecode instructions: 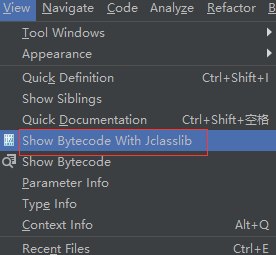 For number + + (number is a static variable), the following JVM bytecode instructions will actually be generated: 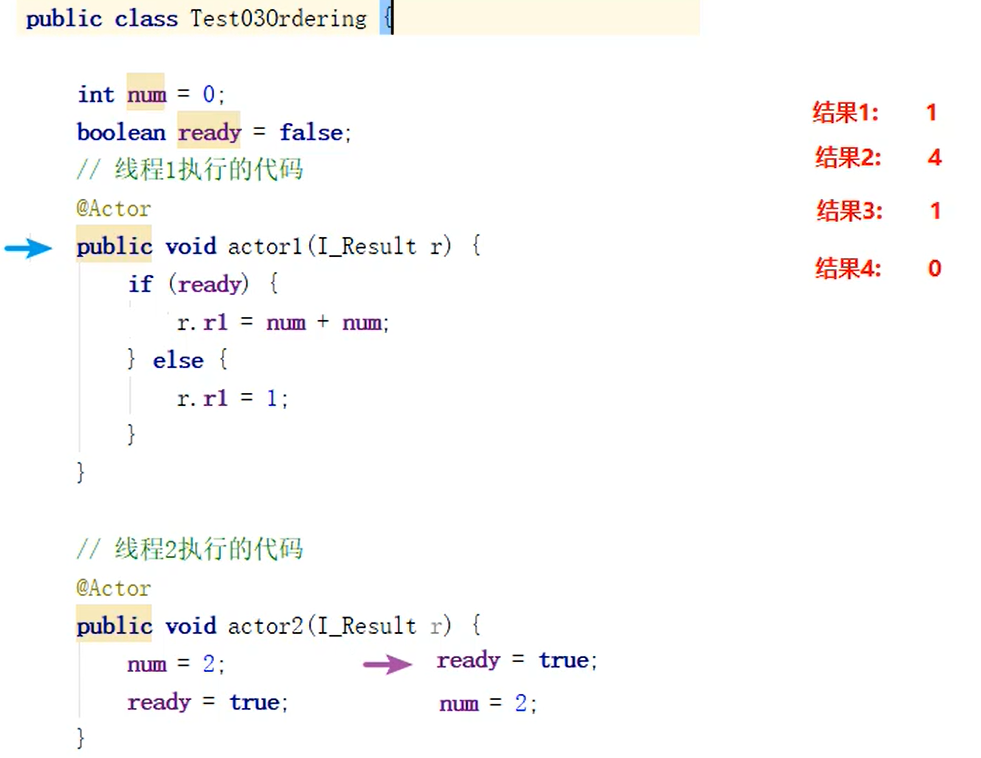 I_Result is an object with an attribute r1 to save the result. How many results may occur in the case of multithreading?

Case 1: thread 1 executes actor 1 first. At this time, ready = false, so the result of entering the else branch is 1.

Case 2: thread 2 executes to actor 2 and executes num = 2; And ready = true, thread 1 executes, this time enters the if branch, and the result is 4.

Case 3: thread 2 executes actor 2 first and only executes num = 2; However, before the execution is ready = true, thread 1 executes and still enters the else branch. The result is 1.

There is another result 0.