Through the pit... I won't mention it. Before the training of in-depth learning, when the data sets are almost completed, that is, downloading, labeling, cutting and screening are all finished. Sent to the network for training. Due to the inconsistency of data types, the prediction results are black. After consulting many materials, there are many possible situations. (the screenshot below is from someone else's blog)

Then I found the reason for the data type and was ready to try this. Because it is true that other people's data can be clicked directly, and ours can only be clicked in ArcGSI. For someone who is used to png, it really looks eye-catching... Then right-click to view the properties of the image and mask. They are really different. uint8 type can be opened, so I asked elder martial brother for a code to convert data types.

As for image stretching, I have to mention the sad thing just now. Let's put the picture first.
This is a patch that cuts first and then stretches: (it seems that the Tif diagram can't be pulled up directly, and the format error will be displayed, so the screenshot is used and more useless edges are cut) 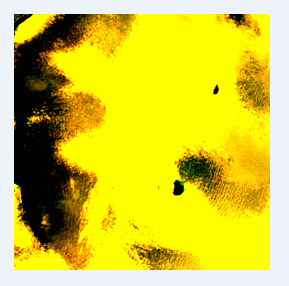 This is a patch that stretches first and then cuts: 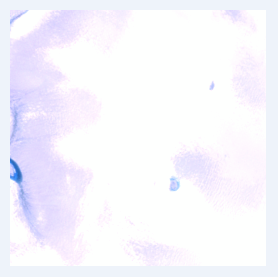 I cut on the three channels of RGB. So the second patch should be displayed in true color. Since the first patch is cut first, compared with the original large image before cutting (it is not opened, the image is too large, but it can still be seen that it is a true color image):

As like as two peas, the difference is not consistent with the maximum and minimum values. But no matter what you open it with, it will stretch you. ArcGIS or ordinary editor should stretch the data of your original image In other words, the upper and lower limits become the maximum and minimum values of your patch, rather than the maximum and minimum values of the original graph. In this way, of course, the color will be different, but there is no difference in the value. It just doesn't look very comfortable. It's not easy to identify. In order to avoid this problem, we should take the initiative to do normalized image stretching and avoid automatic stretching by other software. Therefore, stretching should be done at the beginning, and then cutting should be done to ensure that all patches are consistent with the original drawing. The final result is that the data types are consistent, and the network prediction is not black. (of course, I did the cutting, screening and other steps again, leaving painful tears on the cervical spine)

At the same time, there is another advantage. This code is also very considerate for other situations, such as the existence of nan value in the image or the value exceeding the stretching interval. In fact, looking at this formula, you will feel that stretching is very similar to normalization. The idea changes from one interval to another. As for what kind of relationship they have and whether they are interlinked, they don't talk nonsense without further access to information. In a word, this code solves the stretching problem of a two-dimensional matrix and the problem of data type conversion.

However, for our own data, two-dimensional matrix alone is not enough. We are multi-channel, so we integrated it and wrote a suitable one.
PS: in order to save trouble, I took out the judgment of the band separately and wrote a small function. After all, there are many integrated functions behind, so I need to judge this band.

The code of image reading and writing reference 1. Just copy and paste directly.