HMM can be composed of three elements:

(2) Data preprocessing: extract useful columns from the original data, and do outlier processing operations to get the data data of the model, the original data is a stock 2013-2019 record data, as shown in the following figure. 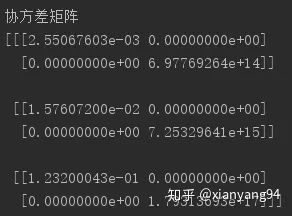 State Transition Matrix: The transition probability representing the state of three hidden layers. It can be seen that the diagonal value is larger, that is, state 0, 1, 2 tend to maintain the current state, which means the stock is more stable. 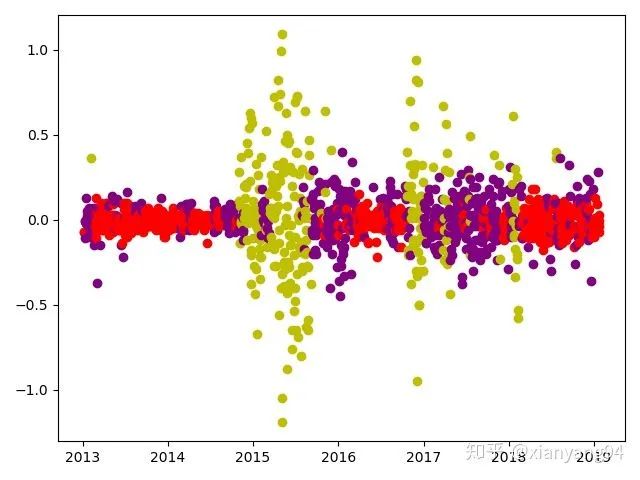 The first set of forecast data is used as the initial data to predict the stock's rise in the next period, and so on to predict the price of the last 30 groups of the stock. 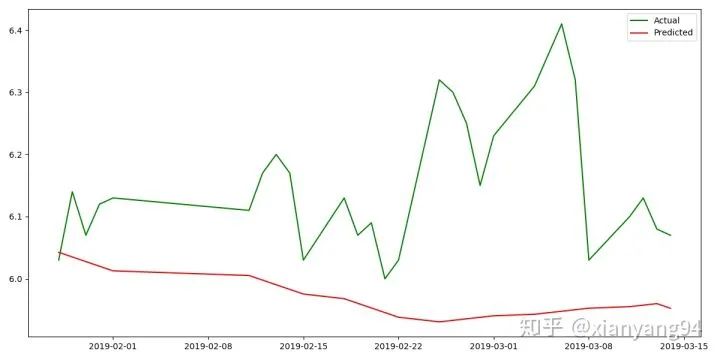 It can be seen that the trend of the predicted result is consistent with the true value, but the predicted result is not good. The accuracy of the prediction can be improved by increasing the amount of training data and adjusting the model parameters. HMM application scenario: the research problem is sequence-based, such as time series or state series; there are two states of significance, one is the observation sequence, the other is the hidden state sequence.Compared with the RNN, LSTM and other neural network sequence models, HMM predicts poorly. In summary, the stock market is risky and investment needs to be careful.