With the development of technology and the popularity of distributed web applications, the cost of managing user login status through session is becoming higher and higher. Therefore, it has gradually developed into a token method to verify login identity, and then use the token to retrieve the cached user information in redis. With the emergence of jwt later, the verification method is more simple and convenient. Instead of caching through redis, it is directly retrieved according to the token The saved user information and the verification of token availability make single sign on easier. here There is also an online JWT generator

2, When should you use JSON Web Tokens

It is useful to use JSON web tokens in the following scenarios:

JSON Web Token consists of three parts, which are connected by dots (.)

Next, let's take a look at each part:

The header typically consists of two parts: the type of token ("JWT") and the algorithm name (such as HMAC SHA256 or RSA, etc.).

Then, code the JSON with Base64 to get the first part of JWT

The second part of JWT is payload, which contains declarations (requirements). Declarations are declarations about entities (usually users) and other data. There are three types of declarations: registered, public and private.

Declaration registered in the standard   (recommended but not mandatory):

Here is an example:

Note that do not place sensitive information in JWT's payload or header unless they are encrypted.

The secret key is stored on the server. The server will generate and verify the token based on this key, so it needs to be protected.

The last step of the signature process is actually to sign the header and load content. Generally speaking, the output generated by the encryption algorithm for different inputs is always different. For two different inputs, the probability of generating the same output is extremely small (possibly smaller than my probability of becoming the richest man in the world). Therefore, we put "Different inputs produce different outputs" should be regarded as an inevitable event.

If the server application signs the header and payload in the same way again and finds that the signature calculated by itself is different from the received signature, it means that the content of the Token has been moved by others. We should reject the Token and return an HTTP 401 Unauthorized response.

Note: in JWT, you should not add any sensitive data to the payload, such as the user's password.

You can see from a picture on the official website:

3, Learn about JSON Web Tokens and their workflow 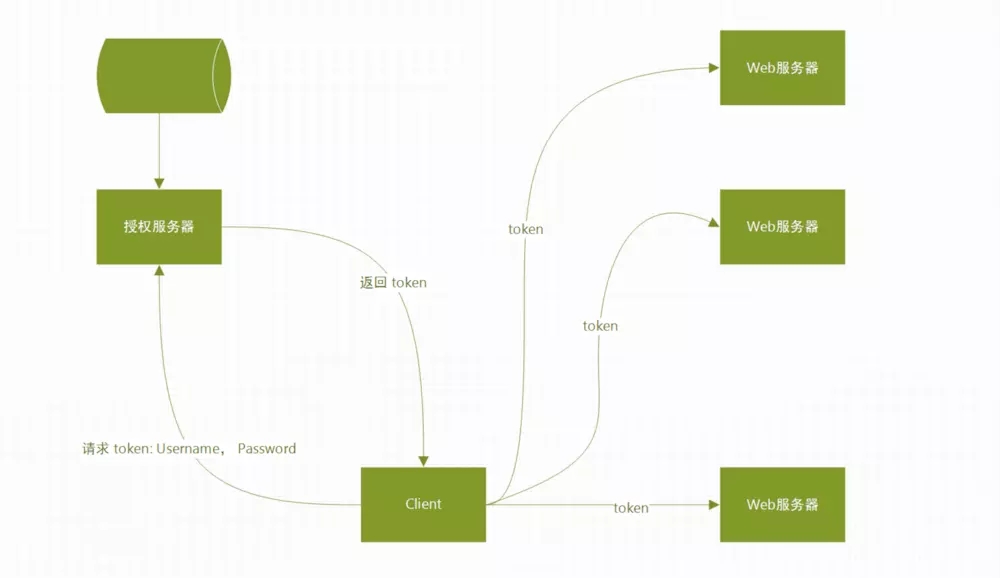 Authorization is usually added to the request header and marked with Bearer:

The server will verify the token, and if it passes the verification, it will return the corresponding resources.

maven dependency to use

The following is the code of method 1:

The following is the code of method 2:

There is another way to generate jwt: