In Vue2, the common main JS format is as follows:

But in Vue3, main The basic logic of JS has changed, which is somewhat similar to the chain call of java. The classic form is as follows:

In my personal experience, if you want to install plug-ins or dependencies such as ElementUI, try not to install them manually. You should use Vue UI function in the root directory of the project and install them in the unified management interface. The operation and interface are as follows:

After entering, the following interface appears: 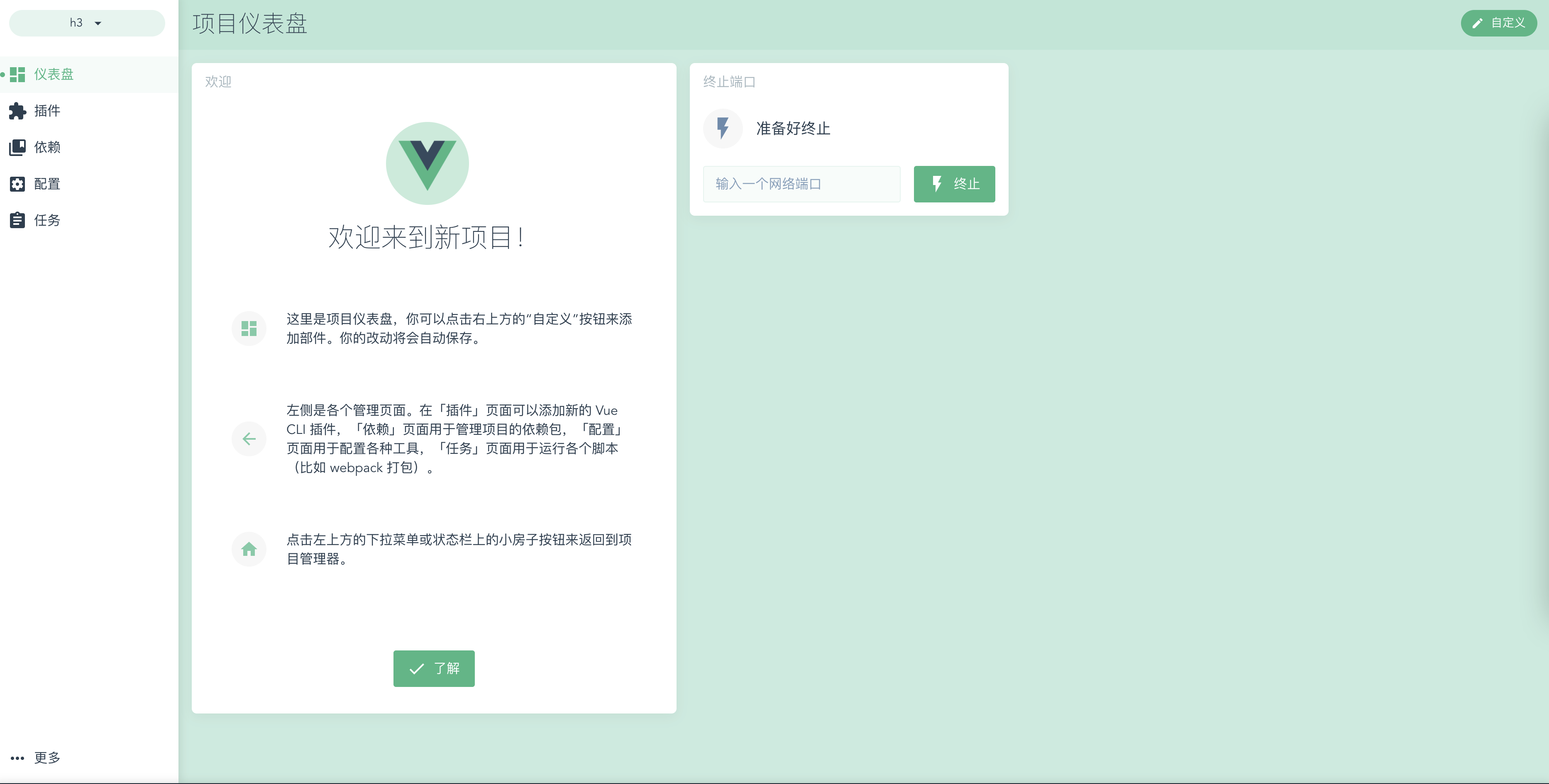 Take ElementUI as an example. First open the plug-in page:

Then click the add plug-in button in the upper right corner:

The query results are as follows:

Select different element UI according to your Vue cli version and click Install to install it automatically.
Open the page again, and you will find that your project structure has changed to some extent. There are so many changes that it is difficult to enumerate. This is why I do not recommend manual installation of dependencies, which is very easy to cause problems.

Personally, I think this is the most fundamental change of Vue3. This is an evolution of design ideas - each part of the page allows customization to be added or removed. Let me introduce one by one:

Each capability in vue3 is a module and needs to be introduced on demand.
The ability to define a component is no exception. This is defineComponent, which is introduced as follows:

The usage is as follows:

All data and functions are uniformly configured in setup.

In Vue2, we often define variables in the structure of data () {return {}}, but in Vue3, we no longer need to write them in this structure. Just define them anywhere in setup and throw them in the return of setup. In this way, the boundaries of variables and functions are completely blurred and regarded as completely consistent parts.
It should be mentioned here that if you want to define a responsive variable, you need to introduce the ability of reactive:

These life cycle functions are still a kind of component capability in essence and need to be introduced on demand, for example:

3, Vuex is no longer recommended

This capability needs to be used in setup as follows:

With this capability, we can configure constants in a global file and then provide. It seems that Vuex and bus in Vue2 can be replaced. But I have to further test its practicability