⭐❤️Wanzi Long Text takes you to the heart of Linux--interrupts❤️⭐

1. Conditions for Linux interrupts to occur

There are many interruptions.For example:

If an interrupt occurs, for example, the cpu will call the following statement

When a reset operation occurs, the cpu executes the following statement. You only need to know that the vector exception table above corresponds to the statement that it is executing. Core-Stack for Interrupt Processing in 3.1

ARM chips are compact instruction set computers. They only have read and write instructions to memory, so the operation of these data is carried out in the CPU.
For example, for an equation such as a=a+b, the following four steps are required: 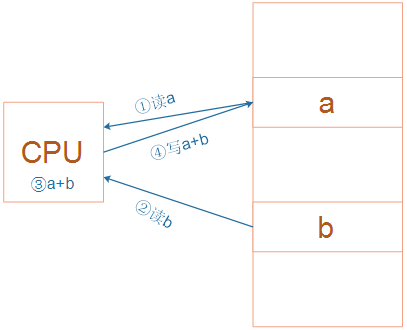 For a single cpu, for multiple programs, the cpu is to switch back and forth between multiple programs at a time that is invisible to the human eye and becomes concurrent.For concurrent programs, a process represents a stack during the process of restoring the stack.So generally Linux systems have a default number of processes, but you can also change the default value yourself.Because more processes consume more stacks.On Linux: The units of resource allocation are processes, and the units of scheduling are threads.That is, there may be multiple threads in a process.These threads are independent of each other and run at the same time, that is, each thread has its own stack. 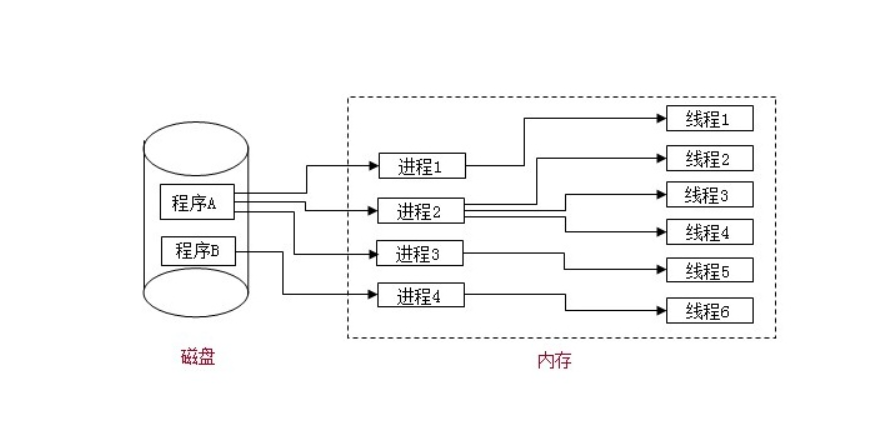 3.2. Interrupting the evolution of Linux

Set software interrupt handler using open_softirq function, which software arbitrary is the first parameter, and the second is to execute the corresponding function

Using interrupts on Linux only registers the interrupt function handler for an interrupt, we use request_irq function:
The first parameter represents an interrupt number, the second a function that occurs after an interrupt, the third a state with which to trigger (a flag bit), the fourth a name, and the fifth your structure

In functions you write, try to be as efficient as possible, such as a button that needs to be shaken, not in a handler, because it can slow down your system's productivity.So the Linux kernel divides the interrupt function into upper and lower interrupts. The upper part deals with emergencies, the upper part cannot be interrupted by other events, and the lower part does not. The implementation of the lower part of interrupts is mainly achieved by tasklet and work queue.

The code is as follows (example):

3.3 Use tasklet to process lower half

We have previously described software interrupts (sortirq), which use tasklet to handle the lower half of an interrupt

3.4 Interrupt the relationship between upper and lower half

While other interrupts can be handled during the lower half of an execution interrupt, the application-tier program cannot be executed, and I understand that the priority is higher than the application-tier program.If the lower half of the interrupt takes too long, the application layer will not work.So we can't use software interrupts. We can use kernel threads, which are the smallest unit of scheduling, to wake up the threads in the upper half, so that the kernel threads and the application-level threads are in the same competitive position. Then everyone has the chance to be executed by the CPU, which can be interpreted as concurrent, so that the phenomenon of Karton is not easy.Kernel threads are created by the system for us, mostly kworker threads.We can view the process with the following commands

After declaring a work, the next step is to put it in the work queue

When we put work in the work queue and wake kworker up, when kworker grabs the execution time, it automatically calls the functions inside the work.
Now let's just schedule_work is a function that can be concatenated by executing it on the top of the interrupt.
Note: As we said earlier, tasklet cannot sleep, and the work queue can sleep because it uses the kworker thread, which is known to all to be able to sleep.

Using request_Threaded_The interrupt requested by IRQ is not executed in the interrupt context, but in a newly created thread, which makes the handler very similar to the workqueue and has all the workqueue characteristics, but eliminates the numerous steps of creating, initializing, and dispatching the workqueue.It's very simple to handle.

request_irq is very similar, irq is the interrupt number, handler is the code to execute first when an interrupt occurs, very similar to the top half, this function returns irq_WAKE_THREAD to wake up interrupt threads,

If you use work to handle interrupts, a worker thread can only be executed by one CPU. If it's a single CPU, it's okay. But now most of the time, you're using a multi-core CPU, or SMP, which is a collection of processors (multiple CPUs) on a computer, a shared memory subsystem, and a bus structure among the CPUs.It is a very widely used parallel technology relative to asymmetric multiprocessing technology.

threaded irq creates a kernel thread for each interrupt, and multiple kworker kernel threads can be allocated to execute on the CPU without leaving other cpUs empty to do their work, which improves the CPU's efficiency.

4. Analyzing Linux interrupts from the perspective of architecture,

As mentioned earlier, when a linux kernel interrupt occurs, it jumps to an exception vector table to execute something. If a hardware interrupt is compared to an array, then there will be an array (actually a structure) for each hardware interrupt, which is irq_desc array.

This structure is complex, but let's focus on handle_firstA list of IRQ and an action.The interrupts we normally trigger are ultimately aggregated into the GIC (Interrupt Controller) for judgment, then the GPC interrupts the CPU.
(1) Processing function of GIC:
Assume irq_desc[A].handle_irq is XXX_gpio_irq_handler(XXX refers to manufacturer), this function reads the GPIO controller of the chip, subdivides which GPIO interrupt occurred (assuming B), and then calls irq_desc[B]. handle_irq.
(2) Direct interrupt function

This structure is the action list that we mentioned above, and it has many definitions.

#Summary The above part is just some theoretical thing. How to write the code will work in my other articles. If you want to know more about the underlying and application knowledge of Linux, I recommend you to go to this website to learn. Many of my knowledge is from the video of station B or Mr. Wei.Linux interrupts are a top priority for the whole system, such as threading processes or timers. Polling mechanisms use interrupts. You may only use them through function calls. However, learning some of the underlying knowledge of Linux will greatly improve your Linux application and driver development.