At the beginning, I thought that since this is a very simple tutorial, I should only give the concept of FIFO, but I didn't expect to give the design of synchronous and asynchronous FIFO. Otherwise, I always feel the content is incomplete, or I can design my own FIFO module without worrying about the disadvantage of IP core not being universal across platforms.Let's get started.

Simply mention here that a system function, $clog2(), is used in the code for synchronizing FIFO, and it is easy to use:

For example, I defined a FIFO buffer with a depth of DATA_DEPTH = 8, what is the address (pointer) bit width?
Now you can use the system function $clog2(), which can be expressed as:

The pointer can be defined as:

It is also important to mention that we all know that the implementation of FIFO in the field-bus can use distributed resources or BLOCK RAM, so how can we control it?
When using FIFO buffer space is small, we choose to use Distributed RAM; when using FIFO buffer space is large, we choose to use BLOCK RAM resources; this is a general selection principle.
We can control this by adding constraints to the design code, which we've written before

For the synchronous FIFO described above, we can add the following constraints when defining the buffer:

To verify its usefulness, we validated the following in Vivado:

When BLOCK RAM constraints are used in design:

The synthesized circuit diagram shows that the resource used by FIFO cache is BLOCK RAM. 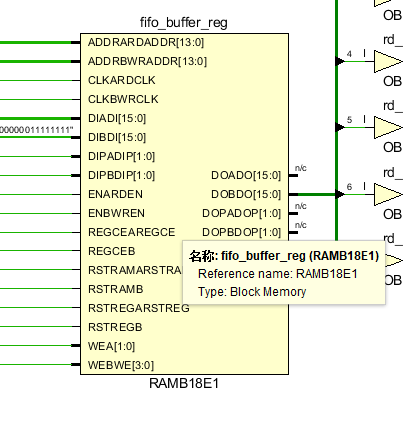 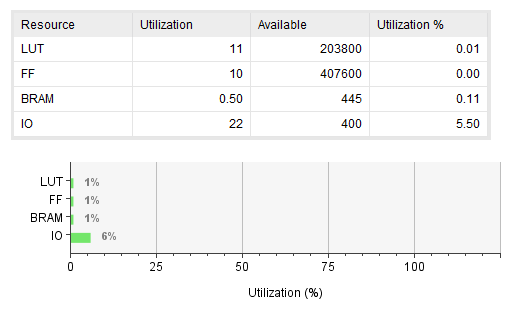 BLOCK RAM is visible, since I have only synthesized one synchronous FIFO, this Block RAM must be consumed by the FIFO buffer.

The FIFO buffer part of the synthesized circuit diagram: 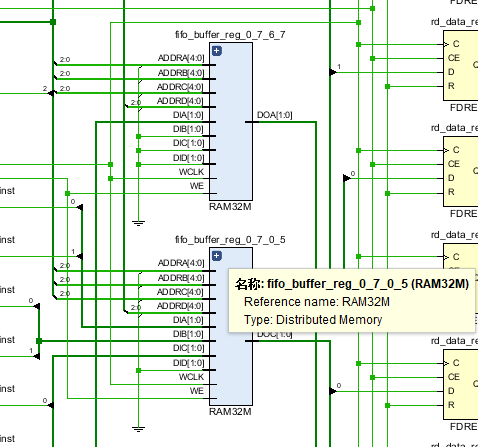 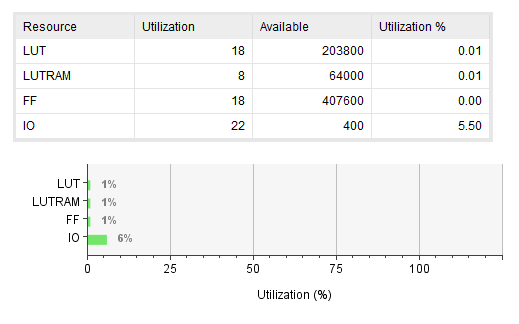 Thus, instead of using BLOCK RAM, LUT RAM, or distributed RAM, is used.
To sum up, the validity of this constraint is verified.

Before redesigning the asynchronous FIFO circuit, it is necessary to explain the use of FIFO, as mentioned in the previous post:

All three of them roughly mean the same thing. To sum up, FIFO can buffer or cache data, such as sudden data, which needs to be cached before it can be read out from FIFO for processing. This also guarantees that data will not be lost.

Referring to other statements on the Internet, it is said that data is written too quickly and at long intervals, that is, abruptly.By setting a certain depth of FIFO, it can temporarily store data and smooth the subsequent processing.

Whether synchronous FIFO or asynchronous FIFO, the general principle is consistent. First-in, first-out, naturally need not be said more. The empty judgment is based on the relationship between the read and write pointers. Also, asynchronous FIFO pointers need to be handled, such as gray code processing, to reduce the synchronization of the read pointer to the write pointer clock domain or the write pointer to the read finger.The probability of metastability occurring in the clockwise domain is because the Gray code changes only one bit at a time, which greatly reduces the probability of metastability occurring when a data is transmitted across the clock domain.The synchronization is then compared to determine the FIFO's empty state.
How does an asynchronous FIFO tell if it is full?
Before answering this question, I would like to unify how FIFO (synchronous or asynchronous) judges full? 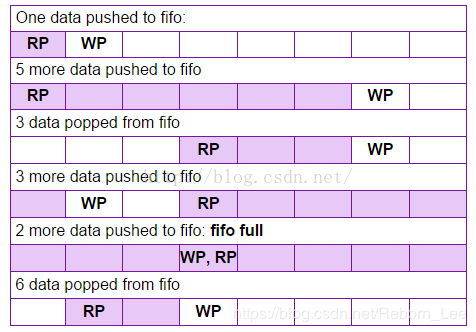 I like to use this diagram to analyze FIFO best, line by line below:

If you read two more data, the count is 0 and the FIFO is read empty.

I wrote a blog about CDC issues about the design of asynchronous FIFO s:
Talk about Cross-Clock Domain Transmission (CDC) 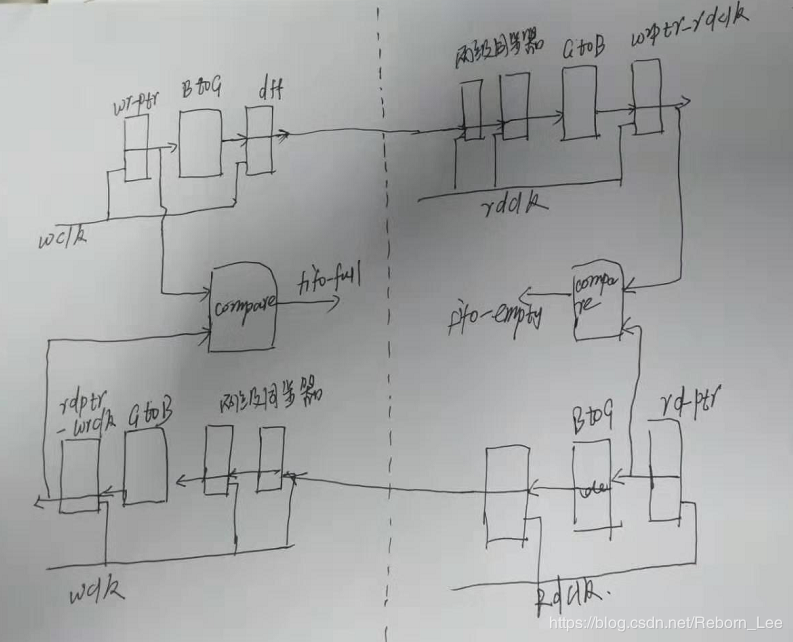 The specific operation is to read and write in their respective clock domains, at the same time:

Here is a diagram to determine if it is full:

Above is the case of full judgement, and below is an analysis of the possible scenarios of empty judgement:

The following is a freehand diagram: 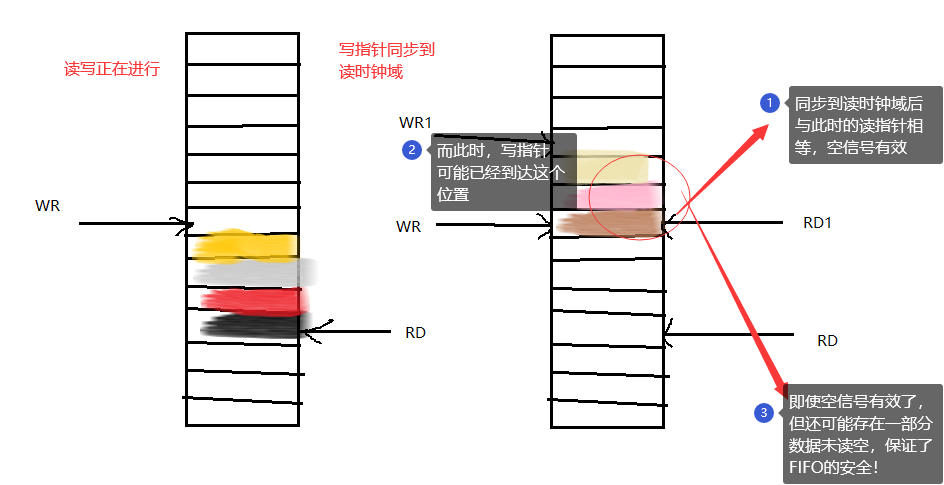 At this point, the asynchronous FIFO of this design method is finished. Here are the design issues.

Make sure that the next reading cycle empty signal is equal to 1;

Of course, you can also use time series logic.

We conduct a behavioral simulation of the above design, giving my test file first:

The simulated waveform is:

The simulation passes and the function meets expectations.

Since this blog was written a little long, almost a day, so here it is!It must be said that this is certainly not the only way to implement asynchronous FIFO, there are many other ways to achieve it, you can try it yourself.
If there is more interesting knowledge or experience about FIFO in the future, I will continue to add!