Do you need to explicitly use IBUF and OBUF like primitives in logic design?

On weekdays, blog posts are long or slightly long, but recently I feel that this is not conducive to reading or writing?

Therefore, things that are beneficial to the author and readers can be changed. That's what today's article is like. Talk about a small knowledge point or a small topic, read it if you are interested, and turn it over if you are not interested.

When the brain can't remember some knowledge points for a long time, you can also search your own articles with keywords, or others. If you search unintentionally, you may get help. The content doesn't need to be very profound, because you think it is profound, others may decide to get started. You feel that getting started will be difficult for others to understand and take what they need.

Today, I saw in Xilinx's example (waveform example) that the input and output pins of their top-level modules manually instantiate the primitives IBUF and OBUF. I suddenly felt very uncomfortable. Is this really necessary?

The content is as follows, and other logic is omitted.

If it weren't for the logic written by the robot (stereotype), I really didn't see such an operation in anyone's code?

Of course, I'm not saying that this is wrong. Of course, this is correct. We all know that these two bufs are used to send the input pin into the FPGA (IBUF) and the output signal out of the FPGA output pin (OBUF). Note that I'm talking about the pin here, which corresponds to the external pin, which is called PORT in English. 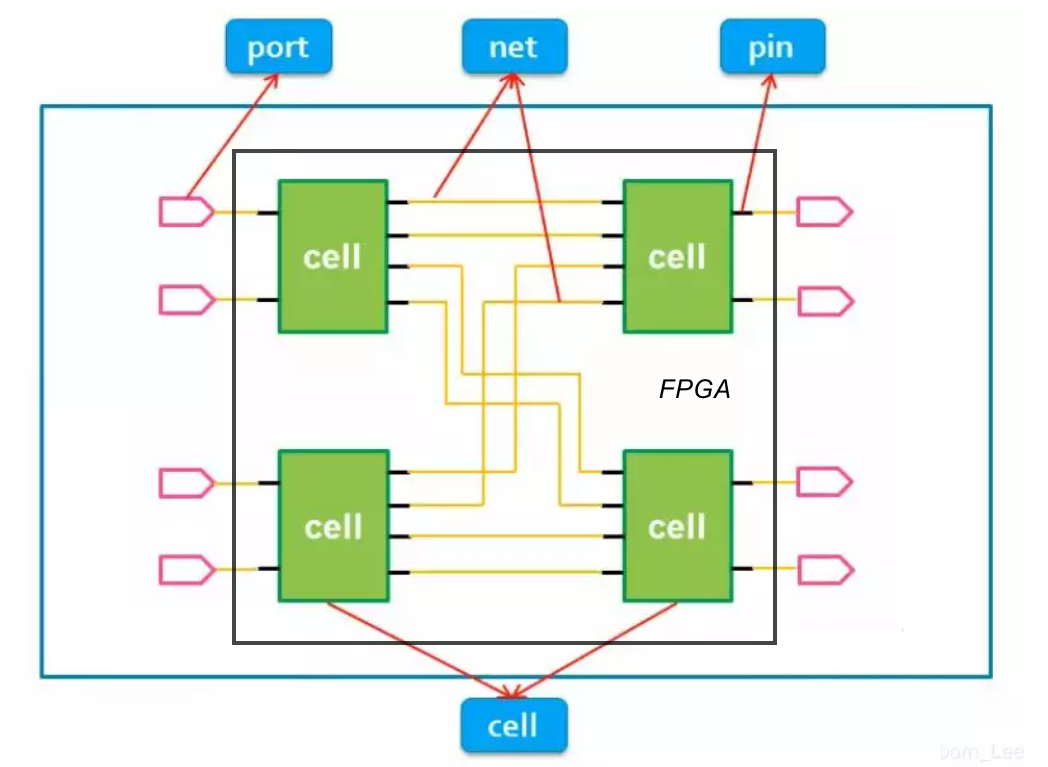 If the black box represents an FPGA, its PIN is PORT; The internal wiring is called NET, and the pins of some internal elements, such as LUT, DFF and DSP, are called pins, and these elements can be called CELL.
Their names have tacit rules.

In other words, it goes further. This is the root cause of the article getting longer as soon as it is written. Sometimes there is a lot of nonsense.

In other words, our more common operation is to use the input pin directly and output the internal signal directly, or reg type or wire type. There is no doubt about this?

The question to be discussed today is: is it necessary to write this?

My view is that since both methods have appeared, one is in the official example and the other is in the logic we usually write, and there is never any problem, both methods are OK. I guess the reasons for this difference should be:

This may lead to some gj's opposition, saying that we can't leave fate to the compiler. Indeed, for example, when we want to write general logic, we won't manually add some comprehensive attributes to the logic, which may not work on other platforms or other types of FPGA?

However, this is not absolute. Direct processing of input and output signals on any platform like this paper will not cause problems. This is a standard Verilog. There is no such problem. On the contrary, adding explicit IBUF and OBUF primitives may lead to platform incompatibility.

He talked a lot of nonsense.

For IBUFDS and OBUFDS, consistent with the above discussion, the difference only lies in DS, that is, differential signal;

In addition, the BUF used by the clock is usually with G, such as IBUFG, BUFG and OBUFG. We will discuss them next time.

This is the first article in the FPGA logic design essay series. The content is very small, but the length is not only longer. Generally, this problem can be solved in 1000 or hundreds of words. Pay attention to it next time.