There are three development requirements, as follows:

We can't rely on unity alone to realize these functions. We need to understand some API s and other tricks on the windows PC side

The Unity desktop program is opened externally, and the program is started only once

Only one instance is found
Unity exe start pass parameters

How does Unity restrict one instance from starting

After testing, it is found that this option is only started once. For process The static method start () is useless. You need to use the object method,
Fortunately, I can think that one of them is class method and the other is object method. Otherwise, I will miss the opportunity to look for it for a long time.
It's important to think of different uses

The Start method here needs to use object instead of class.

It should be noted that if the name of the evocation end is different, changing the name directly does not work. It should be repackaged. When packaging, change the name here to be the same as the name marked during evocation. 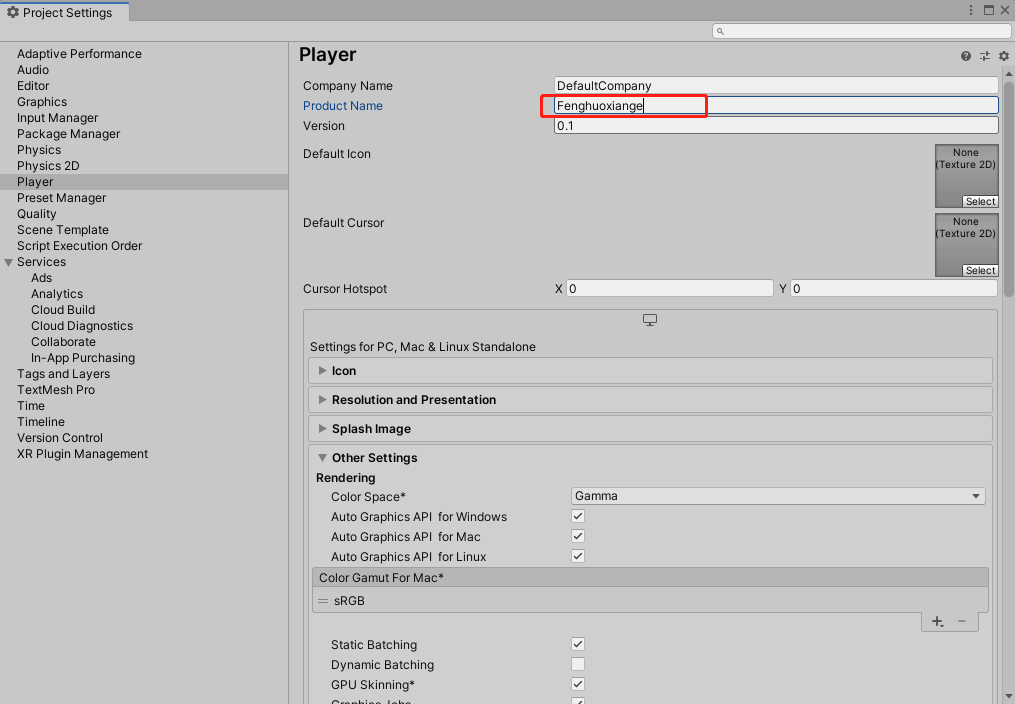 When the invoked exe is called by the FindOpenEXE function during startup, an error prompt box will appear. In other cases, the EXE to be invoked will be directly popped up to the screen

Because the specific requirement is that there is an ExternExe folder under the same level directory of the EXE folder packaged by A. under this folder is another Unity exe program to be opened. Therefore, when writing the path, in order to ensure that the EXE under it should be read correctly no matter where the program is, the path should be written like this

System.Environment.CurrentDirectory; Indicates the directory where the current exe is located, excluding exe
reference resources Unity (C#) method to get the path of currently running exe

Pay attention to the item setting of the called end
By checking the force Single Instance option under resolution and presence in Edit - > project setting - > player, you can limit this exe to open only one instance.

According to the characteristics aroused before, it can only be shown immediately that the B program is already running, not A restart. Then only at A certain moment when A evokes, B also evokes, but when B evokes, it still keeps A completely occupying the screen

After the trial, it is found that arousal and appearance are not corresponding. It may be aroused first and then appear. In this way, B will cover in front of A.

So there are several ways to think of at present
1. Use C's exe to evoke both AB programs at the same time. At the beginning of A period of time, check whether both are turned on and B is in front. If so, call the corresponding API to make A in front.
2. First call up program B, and then call up program A when it is detected that program B appears on the screen.
3. There is a method in a program. If it is detected that it is not in the front of the screen for a period of time, it will call the function to make it in the front.

After being familiar with the relevant API s, these should be easy to do.

Open B first and then A in the form of bat

bat for ordinary Unity empty projects, the exe program can ensure the execution order, but not for a little complex projects.

Write an exe, first evoke B, and then evoke A after the B interface comes out

In addition to MFC, I heard later that there are nouns such as Winform and WPF

Unity exe to do

How to judge whether a window has become an active window?

Since the sequence of startup and appearance cannot be guaranteed to be consistent, it needs to be minimized in B.
And when program B exits, it is easier to minimize directly than to send A message to program A to let program A display, so minimization is needed

If you want to get some window related information from the exe printed by Unity, user32 DLL is indispensable
as
The Windows window handle [DlImport (&#34user32.dll&#34) is called in Unity3D to realize the Windows border, the maximum / minimum window, and the height of the status bar.

The test is OK

But at startup, even the minimized API is written under wake
However, the startup screen will be loaded first (the personal version can't help, not the pro version)
I wondered if there could be a callback method at the beginning of the Unity startup screen, but I couldn't find it for a long time

Scheme 2: find the callback method at the moment when the Unity program is just started, and minimize it here
So search "call when Unity starts", "Unity startup screen callback"
So there was
Can I run my own loading script in the Unity startup screen?
unity life cycle
The test of static functions is not good. The label added is under unitydeditor, so it can't be brought out after packaging
Later, I thought I could minimize it by using the command line when it was just started
At present, we don't know the feasibility of minimizing a window on the command line, so it's best to make scheme 1 first

The above method can only pass parameters when it is opened

Moreover, there is no other way to pass parameters when the method in process is found

So now we can only pass parameters in other ways

Then suddenly remembered user32 There may be some functions in DLL that can find the window according to the handle opened for the first time and then transfer parameters. Understanding the existing functions may promote the solution of the following problems

Find one before that

I think it's OK. I didn't try it. It's a little complicated. I want to use it as a backup plan,
When searching User32, there are two methods. At first, the eyes are bright, then a little disappointed, and then a little twists and turns,
SendMessage and PostMessage
Later, I found this by searching "exe program sends message"

It doesn't seem quite right. I won't use WPF. What I want is the communication between two unity exe s

Using the same technology in a project team is maintenance friendly, but I just don't like these words
So search it yourself unity3d process communication uses WM_COPYDARE and HOOK

I tried this for two hours, but it still didn't work,

A small episode is: I have no idea that rider and unity will be automatically minimized in my development. I thought it was a virus for more than ten minutes at the beginning. Later, I thought it was written during the test

Because the two interactive exe s are dual screen, they use ordinary process class objects If the Start method is used to immediately evoke existing processes and minimize other methods,
The second screen of double screen exe may appear randomly, so we need to ensure that when the second exe appears, its second screen will appear

Then there are two ways:

According to these two logics, I tried a lot of user32 in Unity2022 Methods in DLL
But none of them. These methods include

This double screen exe has only one actual process

Maybe the parameter I passed in is wrong. GetForegroundWindow() may only represent the handle of the window in the first screen of Unity. The window in the second screen should be obtained by other APIs, but I feel that this API is difficult to find, so I didn't try it.
Moreover, the API of Unity tested at that time was also invalid. The code is as follows. The reason for the invalidity may be related to the engineering environment at that time

The project configuration is as follows: 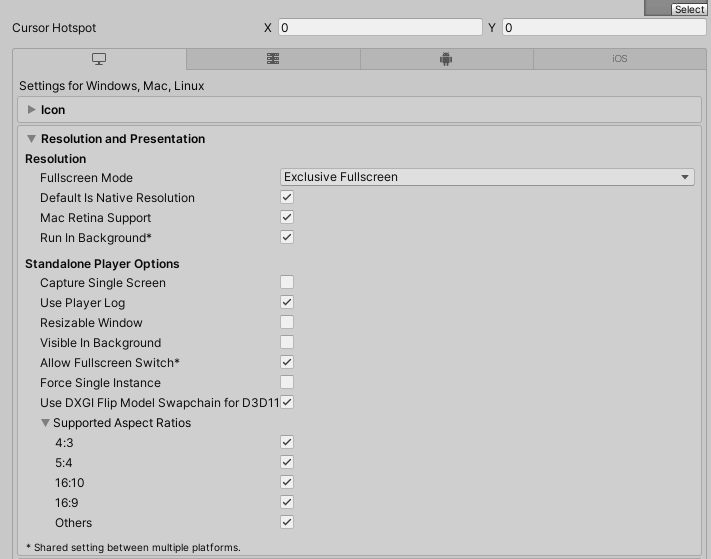 But when it comes to the two projects in the actual project, there are problems. Even the relevant resolutions as like as two peas and the same display.
One is that the desktop cannot be displayed when minimized, but although the two screen camera is not displayed, it becomes gray
One is that it can't be minimized. It only reacts to the maximum refresh of the second screen.
Finally, the test found that in such a setting,
Only the code of the second full screen is valid in two actual projects, as follows

This method is only effective after being called in conjunction with the Start method of the Process object,. 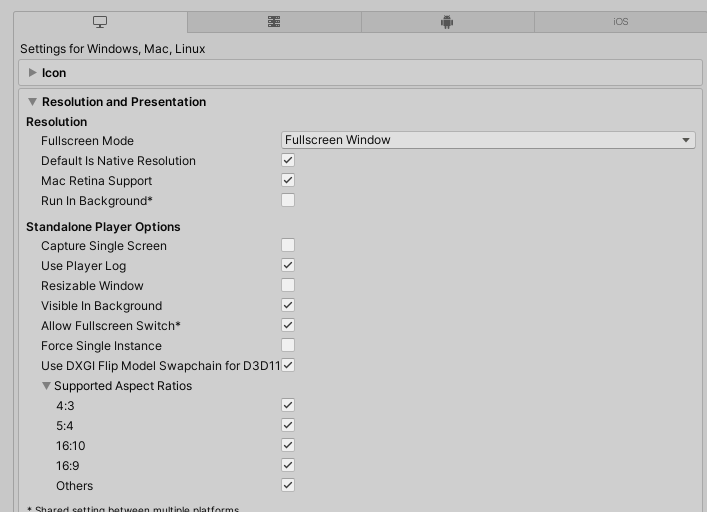 Then it is decided that now two exe send messages to each other. When any exe is aroused, the message will be forcibly displayed on the second screen.

Later, after testing, this method is not the method of bailing. The test situation is that for one end, the second screen can be displayed only after contacting the user input. This is intolerable. For processes, these two windows belong to one process, and the name of the process is the name of exe when packaging, so through

You can't find it this way.

But it didn't work. Later, I thought it should be the wrong handle of the window.
I've only known process before Getprocessesbyname found window handle and user32 DLL GetForeGroundWindow finds the window handle. Neither of these two methods is aimed at the second screen. The second screen actually has an independent handle. You can only find it by name. The code is as follows:

After knowing the handle of the second screen, you can do whatever you want.

Or use the method of changing the window title