Abstract: This paper will describe the interface isolation principle and Dependency Inversion Principle in SOLID principle.

Client should not be forced to depend on methods it does not use.

That is, a module should not force clients to rely on interfaces they do not want to use, and the relationship between modules should be based on the smallest set of interfaces.

Next, we will introduce ISP in detail through an example. 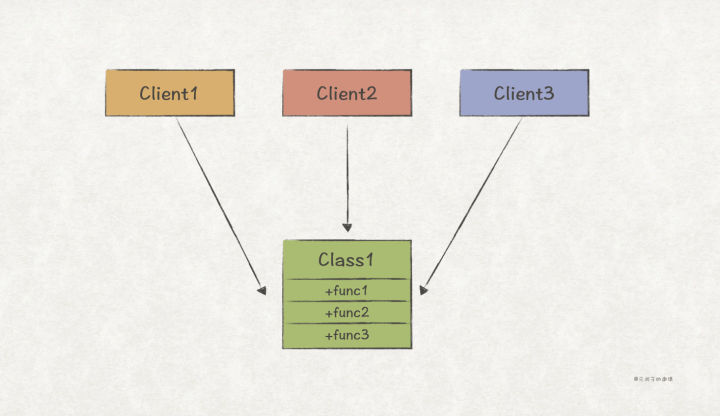 Violation of ISP will mainly bring the following two problems:

In order to solve the above two problems, we can isolate func1, func2 and func3 through the interface: 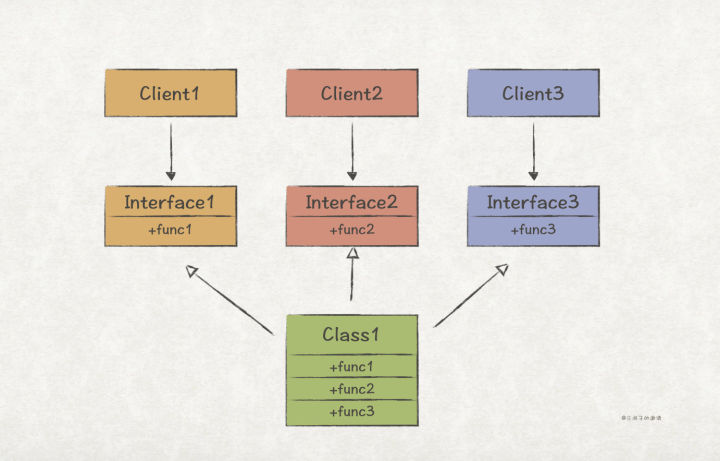 After interface isolation, Client1 only depends on Interface1, and there is only one method of func1 on Interface1, that is, Client1 will not be polluted by func2 and func3; In addition, after Class1 modifies func1, it only needs to notify the clients that depend on Interface1, which greatly reduces the coupling between modules.

The key to the implementation of ISP is to split the large interface into small interfaces, and the key to splitting is to grasp the interface granularity. To split well, the interface designer is required to be very familiar with the business scenario and know the scenario of interface use like the back of his hand. Otherwise, if the interface is designed in isolation, it is difficult to meet the requirements of ISP.

Next, we take the distributed application system demo as an example to further introduce the implementation of ISP.

There are two modules using interfaces in the current demo, namely MemoryMqInput as a consumer and AccessLogSidecar as a producer:

From the domain model, the design of Mq interface is really no problem. It should include two methods: consume and produce. However, from the perspective of the client program, it violates the ISP. For MemoryMqInput, it only needs the consume method; For AccessLogSidecar, it only needs the produce method.

If you think about it carefully, you will find that the above design is not in line with the domain model of message queue, because the abstraction of Mq really should exist.

A better design should be to retain the Mq abstract interface and let Mq inherit from Consumable and Producible. After such hierarchical design, it can not only meet the ISP, but also make the implementation conform to the domain model of message queue: 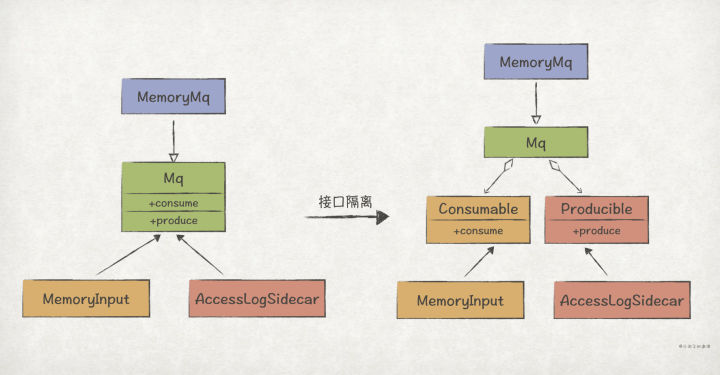 The specific implementation is as follows:

Interface isolation can reduce the coupling between modules and improve the stability of the system, but excessively refining and splitting interfaces will also lead to the increase of the number of interfaces of the system, resulting in greater maintenance costs. The granularity of the interface needs to be determined according to the specific business scenario. You can refer to the principle of single responsibility to combine those interfaces that provide services for the same type of client programs.

When introducing OCP in Clean Architecture, it is mentioned that if module A is to be free from The change of module B, module B must depend on module A. This sentence seems contradictory. Module A needs to use The functions of module B. how can module B rely on module A in turn? This is The question to be answered by The Dependency Inversion Principle (DIP).

DIP is defined as follows: 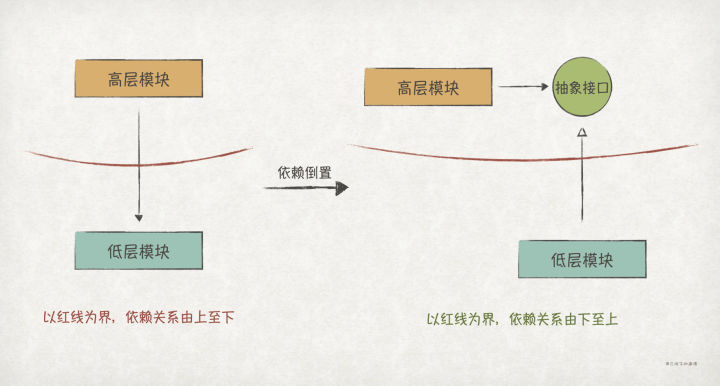 Next, we introduce the implementation of DIP through the distributed application system demo.

For the service Registry, when a new service is registered, it needs to save the service information (such as service ID, service type, etc.) so that it can be returned to the client in the subsequent service discovery. Therefore, Registry needs a database to help it complete its business. As it happens, our database module implements a memory database MemoryDb, so we can implement Registry as follows:

According to the above design, the dependency between modules is that Registry depends on MemoryDb, that is, high-level modules depend on low-level modules. This dependency is fragile. If the database storing service information needs to be changed from MemoryDb to DiskDb one day, we also have to change the code of Registry:

A better design should be to invert the dependency between Registry and MemoryDb. First, we need to abstract a stable interface Db from the detail MemoryDb: 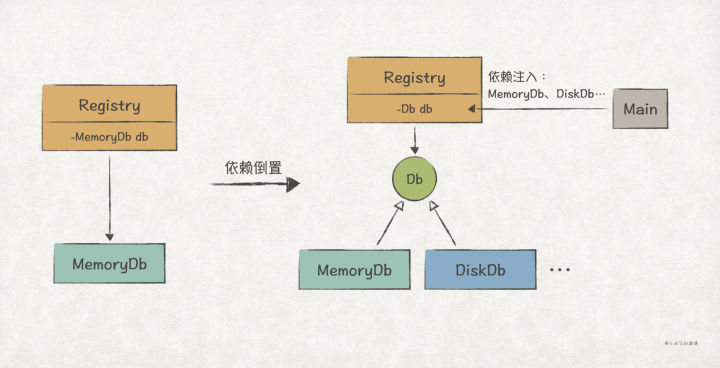 Generally, we will complete dependency injection on the main / startup function. The common injection methods are as follows: 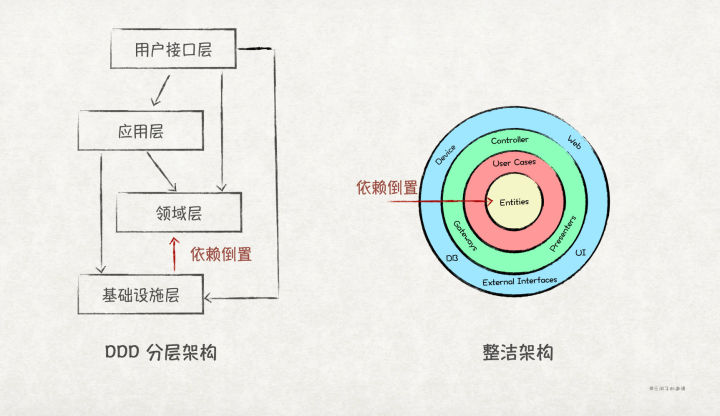 This paper spent a long time discussing the core idea behind 23 design patterns - SOLID principle, which can guide us to design high cohesion and low coupling software systems. However, it is only a principle after all. How to implement it into the actual engineering project still needs to refer to the successful practical experience. These practical experiences are the design patterns we want to explore next.