There are thousands of people in the vast sea. Thank you for seeing here this second. I hope my article is helpful to you!

May you keep your love and go to the mountains and seas in the future!

Because some time ago, we need to use webService to call other system api interfaces of the company, but the request method is different from the http request I am familiar with. It is based on soap Protocol to transmit xml data format. The parameters of the request are extremely complex and need to encapsulate multi-layer xml data format, and I don't know what language the other party's api interface is, I don't even know what platform they exist on.

How is this different from our common HTTP API interface?

WebService is mainly a software service provided on the Web through SOAP protocol. It is described with WSDL document and registered through UDDI. WebService is a remote calling technology across programming languages and operating system platforms, which can make different applications running on different machines exchange data or integrate with each other without the help of additional and special third-party software or hardware. Applications implemented according to the Web service specification can exchange data with each other no matter what language, platform or internal protocol they use.

So, if you want to use different languages, different platforms and different places for data transmission, it's right to choose WebService under self recommendation!

It is often accompanied by three element brothers: UDDI, WSDL and SOAP

If you don't say much, you might as well make a small demo and test it yourself. So Let's GO!

Make a demo of the weather system, the client sends the city name, and the server responds to the corresponding weather.

Create an empty project weatherServer. The IDEA version I use is 2020.3. Of course, I introduced it in detail at the beginning 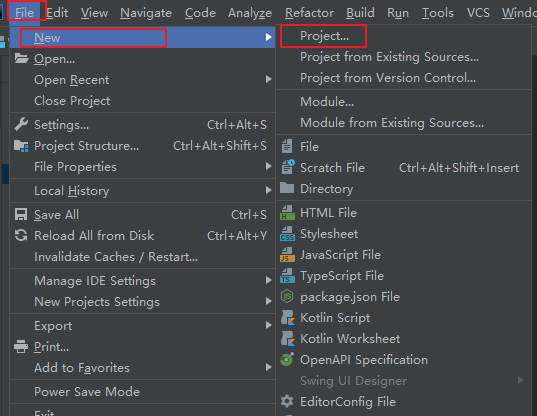 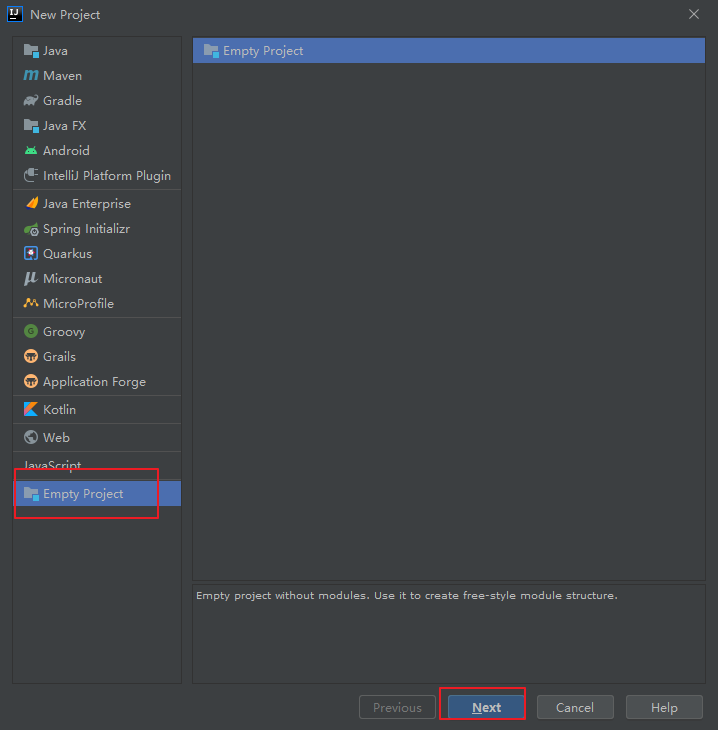 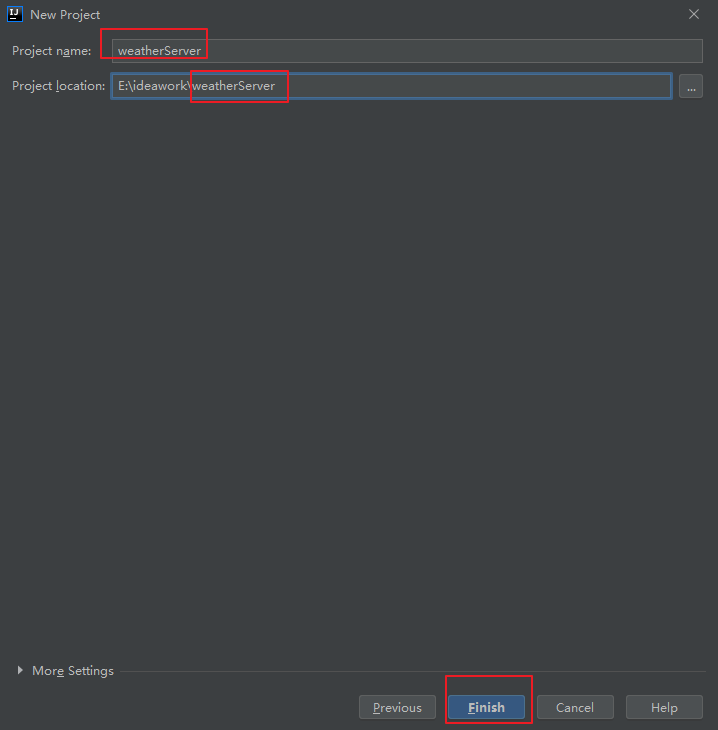 The creation process is basically similar. If you want to choose to use me, I will suggest you create a server first so that others can access or use other people's server. Here, a server module will be created first, and the subsequent creation of client modules is basically similar. Here, we can directly select a Maven project or choose an ordinary Java project by ourselves. JDK is the popular JDK8. 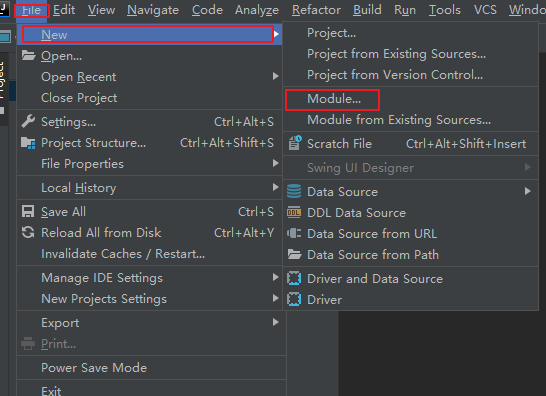 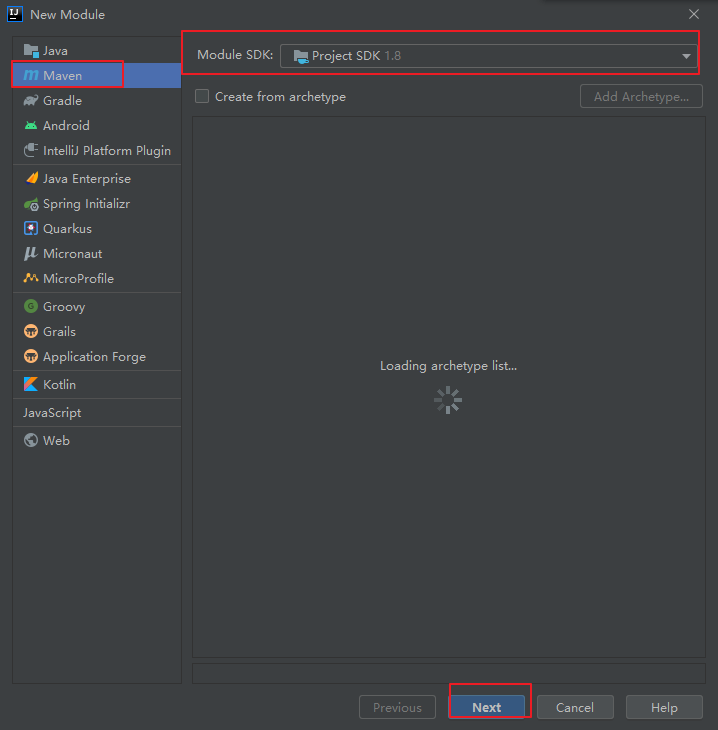 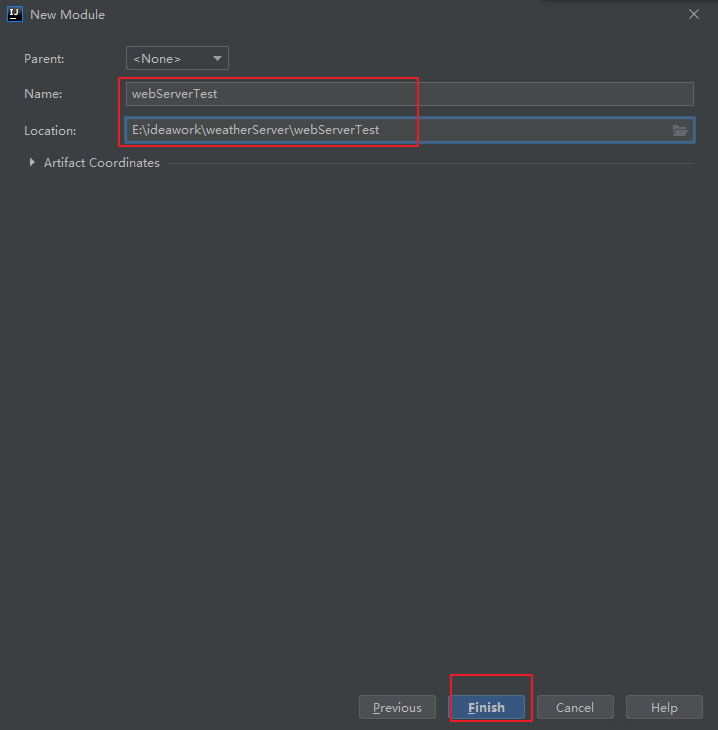 The final empty module server is as follows:

The next step is to develop the server code. Provide simple urban weather services.

Access the address just provided plus? WSDL, such as: http://localhost:8086/weatherServer?wsdl

How do you view this wsdl document? No, let me show you some important parts at a glance! Note: wsdl documents need to be viewed from the bottom up

Why do you need to download the client code? First, the first two methods need to use the interface of the server code. Then if you access the remote server, you can't access it.

Here we will introduce the command of jdk: wsimport 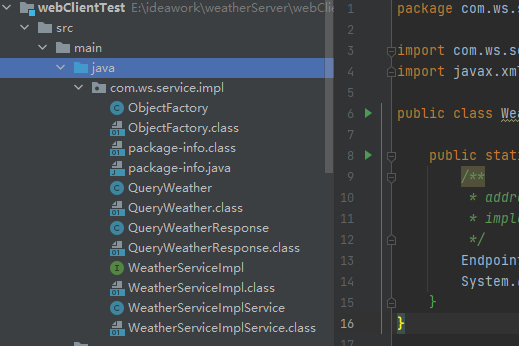 The code obtained here can correspond to the corresponding name of the wsdl document one by one. Of course, if you want to change the package name, you can use the - p parameter.

The first method: call the service method through the obtained code.

The structure is as follows:

Finally, the results obtained after our operation are just as expected:

So we write out the service address, and the structure is as follows:

Where are these corresponding parameters in wsdl? Let me show you:

If you do not need to download the server code, you can access the server through HTTP urlconnection. The code here is relatively long, and you need to define XML strings and parse strings by yourself.

Because I use XML format to encapsulate data, additional tags may need to be transmitted in the transmission process. However, if the tags are larger and larger, the performance of web service will be degraded.

I believe all of you have a little understanding of how to use WebService, other concepts and some knowledge points. I'm not sure whether there are many people who use it. Here we only do introductory exercises. Of course, if we want to integrate it into the SpringBoot project, we can even integrate relevant dependencies to use WebService. For example, we can use SpringBoot and CXF to integrate WebService. Should we learn this technology? In fact, I think it depends on the requirements. If we need to use it, we can quickly understand it, use a small demo to get started quickly, and then use integrated CXF to integrate it into the project, so as to apply this technology to the actual project!

In fact, I haven't touched it personally. I'm just getting started because I need to call such a webService interface in the project, and now all web interfaces are basically based on http requests, so we can understand it, walk by and have a look to ensure that we don't suffer losses!!! 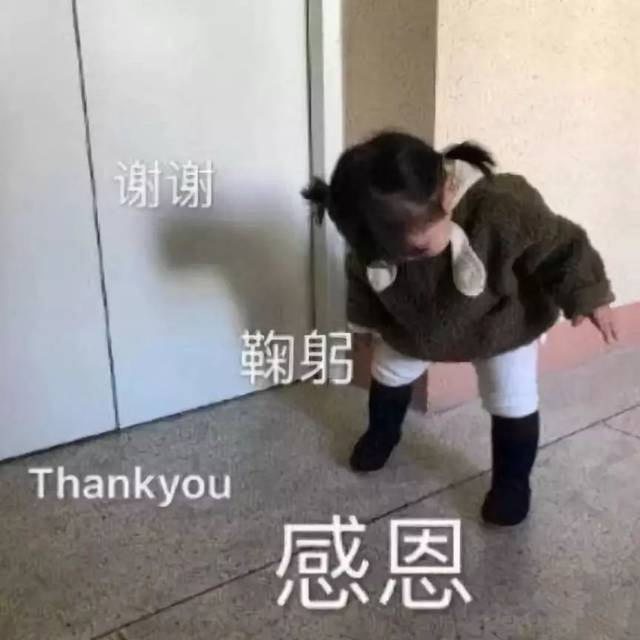 Let's cheer together! I am not talented. If there are any omissions and mistakes, I also welcome criticism and correction in the comments of talent leaders! Of course, if this article is sure to be of little help to you, please also give some praise and collection to the kind and lovely talent leaders. One key three times. Thank you very much!

Learn here, today's world is closed, good night! Although this article is over, I am still there and will never end. I will try to keep writing articles. The future is long. Why should we fear that cars are far away and horses are slow!

Thank you for seeing here! May you live up to your youth and have no regrets!